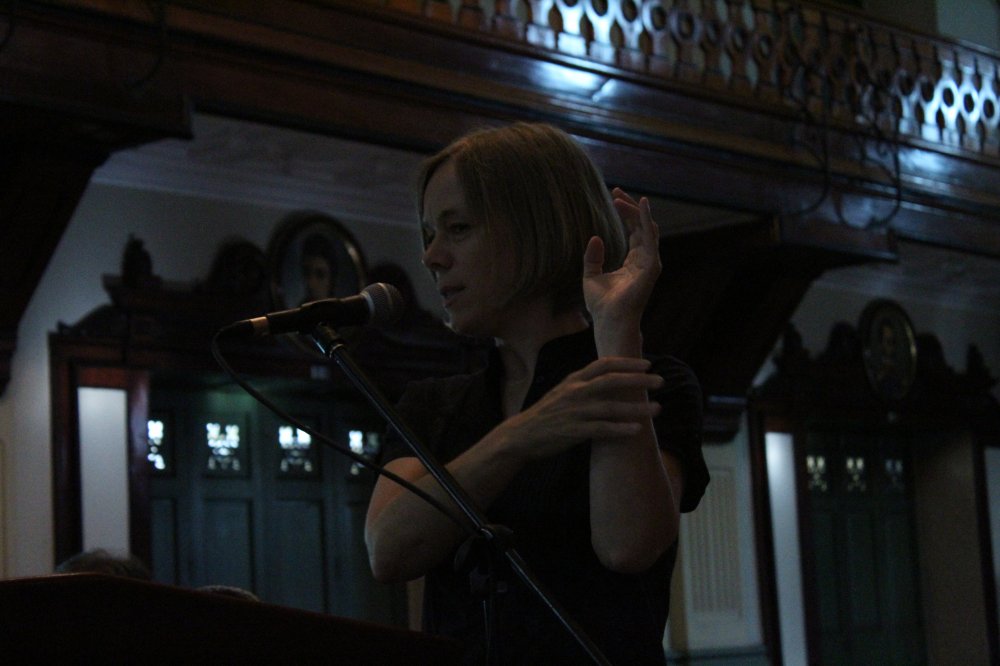 "As for woman, she is place". That's how French philosopher Luce Irigaray reads in An Ethics of Sexual Difference. This sentence is simple and most obviously incorrect. Women are living beings and not places. On the one hand. On the other hand, this sentence is simple and most obviously true. Women are places, where new life can grow into being, that is, where someone else can happen. Still, as a diagnosis, it also seems to point to something brutal, which invites me to reject it at first sight. I don't want that!

The association of women with "place" is a long-standing stereotype: Man moves and shapes "his" time and place. Women stay in the place they are put and make it look neat. Make themselves look neat; the colours on their faces might reflect the colours of their dress which may reflect the texture of the place's curtains; bring themselves into alignment with the things around them; attain a state of interchangeability.

2.a I've often wondered why men so rarely protest that they are not to share the pleasures of face-painting unless they are ready to accept that colouring will challenge their sex and, consequently, authority. It seems unfair. But maybe it has something to do with colours' and minerals' proximity to place and the question whose determination we see on a face – that of the supposedly independent individual or that of their surroundings?

The thing is, if woman is place, as in an equation with the sign "=", you cannot get her out of it. She can't leave. Neat.

Surely, the equation "woman = place" also sounds violent to me, because I'm hearing a French text in its English translation, which means that I, as a speaker of German, have to do more of translating it to myself than usual. In this process, I also hear alternative words. I hear "territory" and its claim to possession. And I hear "site". Listen to the definition of "site" on dictionary.com: "the position or location of a town, building (…); the area or exact plot of ground on which anything is, has been, or is to be located". Site seems to be a clearly defined place where humans put something. In the definition of the verb "to site", the word's connection to power and violence becomes even more obvious: "to put in position for operation, as artillery: to site a cannon". In comparison to these words, the definition of "place" seems much more generous and open; it reads: "a particular portion of space, whether of definite or indefinite extent; space in general".

Surely, the equation "woman = place" also sounds violent to me, because any speaker of any language will know the practical use "the place Woman" is being put to over and over again: a territory to be owned, a site to place his fist, his penis, his feet where he pleases; no matter which words are used to name it.

Writing such sentences makes me feel uncomfortable, probably because I don't want their content. Surely, I hope, this content is not ubiquitous? There must be something else.

"Il faut constituer un lieu d'habiter possible pour chaque sexe, chaque corps, chaque chair" – We need to constitute a place for each sex, each body, each flesh to inhabit, says Irigaray. She insists that the Western idea that Woman is just the container (place) for Man is wrong. Her ethics sketch a different version of place, a utopian space where beings exist in proximity to each other, will not subjugate or eliminate each other, will co-create a place where there is always something and someone else happening. And is welcome to happen.

What about place itself? Is it happening as well?

I suspect that part of the violence I feel in the phrase "woman = place" results from my unconscious stereotyping of place – as inanimate, inert and possessable, without capacity for development. A numb and dumb stage for the enactment of human (un-)consciousness.

Anyway, the code of conduct in Irigaray's utopian space-place is l'admiration. Conscious, attentive, admiring astonishment at the Other who is and will always be different. Marvelling.

Beautiful, isn't it? I also like that Irigaray doesn't seem to limit her gaze to the human sexes. She speaks of "bodies" and "flesh" and thus opens a crack towards a wider consideration of place and its being(s). To inhabit that ultimately indefinite space of wonder I don't have to accept the idea that its fundamental and defining characteristic is a stable sexual difference between men and women – which I don't find very plausible. But the crack for flesh and bodies makes place more crowded. The Other is liberated into others. Also non-human others. This kind of place is swarming with lives.

Thus, it seems a good place for l'admiration. At least for a speaker of German. "schwärmen", "to swarm", in German also means "to marvel".

I've speculated that the violence in the equation "woman = place" may be a consequence of the idea that place is something dead to be inhabited by beings who think themselves superior. But can the simple transfer from duality to the many, to swarming 'bodies', 'differences' and 'others', who will always be co-present anywhere, make the equation "woman = place" sound less chilling? Can't we still sweep them all up and carry them out and the place will be left to itself, neat and clean, with an in-built "woman"?

Carry them where, exactly? To space?

Multiplication and the sheer inconceivability of life in an utterly empty place is not enough to refute the idea that place itself is something dead. A glance at the work of American philosopher Karen Barad, however, suggests we might want to put multiplication into the right place. Multiply, for instance, difference itself. It's differences, "patterns of difference" that "make the difference", she says. And they are dynamic – always moving, forming anew, running inside and through and between bodies, always unstable. According to Karen Barad, they have to be dynamic – as for her, matter is best understood as "entangled agencies", actively shaping, cutting and wilfully changing relations. From the place where Barad takes us, the idea that place might be something inert or dead looks like an unwieldy simplification. By the way, from the place where ecological and biological thinking happens, it looks quite similar. Organisms exist in mutual interdependence with their surroundings – only. What places hold or are moves through their organisms in a constant stream – as air, water, food. Their organisms move through one another.

15.a If you subtract plants, water or a hill from a place, will it still be the same place? And if you subtract all bacteria from the sea – can what's left still be called 'the sea'?

As I read it, what Barad calls "intra-action", the "mutual constitution of entangled agencies", results in processes that won't be free from struggle and conflict. But also, in processes that have co-operation at their root. Her concept allows for a more liberating – and, in my view, more realistic – idea of life in places. Beings don't melt into them. They can leave. Change. But they can't leave behind – their relentless dependence, their fundamental entanglement within the world, their neediness, themselves. Or, in a simplistic mental move, outsource all that to some other sex. Instead, their words could be Yes, but also. Not a bad starting point for productive admiration, I think.

16.a In recent years, European archaeologists have examined the remains of a young woman who lived almost 3400 years ago. Her body was found in Egtved, Denmark. But when scientists analysed the chemical composition of the woman's hair and fingernails, it turned out that she must have walked there from a region in South-West Germany, where she had grown up. More than 800 kilometres. And the chemical analysis of her remains also showed that she had walked this way repeatedly. The place that had produced the body had also settled in her, and its traces exist there to this day, their patterns show the discernible uniqueness of the individual. In an interview, one of the archaeologists involved said their findings suggested the young woman was socially privileged. That they can't know for sure, of course, but they think she may have been a priest of some kind. Or a trader. Maybe walking on her own. Their diagnosis however, the researcher said, to his great surprise provoked a lot of aggression and angry letters from the public. Impossible!, people wrote. She must have been a slave! She must have been sold and dragged around! Why? Why is it so unthinkable? Because she, a being in times we think more primitive, left her place, and her body still testifies to the range of her activities more than 3000 years later? And thus to the fact that the equation "woman = place" is not where we come from?

I wonder how else the girl from Egtved carried her places around. Because places lodge in bodies not only in chemical combinations but also in combinations of words. How did she describe where she came from and through to her new place in Denmark? Did she re-enact her places and herself in them by singing them? The textures of their air, sounds of their bugs, smells? Did anyone want to hear?

What do we want to hear?