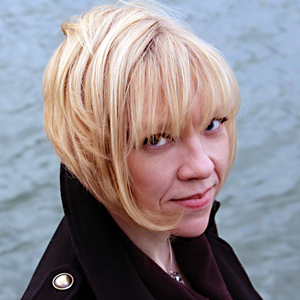 The complex swirls and cavities of the ear create a negative space in the body, an openness to the world and to language that is both actual and metaphorical. Listening might be considered the inverse of the poem, the silent reception that frames linguistic utterance, were it not for the listening that already infiltrates the poem, shaping its composition, its form and its relationship with the reader. If listening is difficult to pin down, this may be because, as David Toop writes, 'sound's boundaries lack clarity, spreading in the air as they do or arriving from hidden places,' a formlessness that

creates perplexing relationships between the properties of states: inside and outside,
material and immaterial, the way thoughts become sound through speech, and external
sounds become sensory impressions that may be thoughts as they pass through the
ears and outer membrane into awareness. [1]

The sound of a poet reading a poem might imprint itself in the ear in such a way that it changes all subsequent silent readings of that poem. Given that listening involves a delay of sound signal arriving in the ear and a further delay in the processing of that signal into intelligible language, these two experiences, of hearing the poet's voice and re-imagining that voice through memory, are closer than you might imagine. Both are echoes after the fact, changed by the space of the encounter and its resonances. The logic of this is that the voice, too, is an echo speaking back to other voices, that listening begins before the poem exists, and that however original the poem, it cannot be fully isolated from the communities and continuities of sound that precede it. The poetry festival is one such community of sounding and listening. We listen to poetry in translation – we may be catching only fragments of a language we partly understand. We strain our ears and attention towards the unknown. As poets, we may arrive with the labels of different nationalities attached to us, but we enter a wider community of alternative thinking that exists in the spaces between languages and has no territory.

Jean-Luc Nancy's short book Listening emphasizes 'l'écoute' as a means of directing attention to the world.

To listen is tendre l'oreille – literally, to stretch the ear – an expression that evokes a
singular mobility, among the sensory apparatuses, of the pinna of the ear – it is an
intensification and a concern, a curiosity and an anxiety. [...] If 'to hear' is to understand
the sense […] to listen is to be straining toward a possible meaning, and consequently
one that is not immediately accessible. [2]

Nancy presents listening as a pattern of relations through which subjectivity is formed; the listener exists within a universe of vibrating matter, and the subject is formed in the relationship of the sensing self to those vibrations. [3] Much hinges on the linguistic and philosophical contexts in which he uses these terms. Entendre in French means not only to hear but to absorb the already understood, while listening, écouter, is the activity that draws us into new relations. All around us we are witnessing the political effects of fear of the unknown and the stranger: the challenge to listen is the challenge to remain open to the other.

This tension between hearing and listening may be configured in different ways. The American poet Charles Bernstein distinguishes between how we listen to speech and how we listen to sound that is not speech, showing how poetry returns language to its materiality, enabling a fusion of those two kinds of listening. He uses the terms 'hearing' and 'listening' in an almost reversed sense from Nancy, suggesting that 'poetry creates something of the conditions of hearing (not just listening to) a foreign language – we hear it as language, not music, or noise; yet we cannot immediately process its meaning'. [4] He argues that poetry can expand its listeners' perception of the inanimate world as they 'stop listening and begin to hear; which is to say, stop decoding and begin to get a nose for the sheer noise of language'. [5] Listening to poetry in a foreign language may bring out the musical aspects of the poem, but it also allows us to become foreign to language itself, hearing it as if for the first time.

Poetry and music both offer a space in which listening can be made audible. Far from being a nostalgic retreat, it may new forms of understanding. Joan Retallack describes the continuing impact of John Cage's discovery of silence as 'densely, richly, disturbingly full. Full of just those things we had not, until "now" been able to notice; or reluctantly noticing, had dismissed as nonsense or noise.' [6] The verge of noticing is the verge of knowledge; this is the point at which listening operates. Retallack's argument moves from an aural situation, the ‘silent’ performance of Cage’s well-known 4'33'', to a broader cultural silence, in this case attention to women writers: 'If silence was formerly what we weren't ready to hear, silence is currently what is audible but unintelligible. The realm of the unintelligible is the permanent frontier – that which lies outside the scope of the culturally preconceived[...]'. [7]

If the idea of a frontier suggests an active, pioneering form of listening, it is paradoxically entwined with silence and the soundings of otherness that resist territorial appropriation. The late British poet Tom Raworth, commenting in an interview in 1972, describes the listening of composition in open and receptive terms: 'I really have no sense of questing for knowledge. At all. My idea is to the other way, you know. And to be completely empty and then see what sounds.' The multiple voicings and viewpoints of a Raworth poem look like distraction, but their openness is the opposite of the absorptive effects of social media. This is why listening matters: as a cultural practice, as it can be a means of thinking beyond existing cognitive frames. ‘Disruptive listening,’ as described by the sound artist Hildegard Westerkamp is a means of drawing attention to time and embodied experience, a resistance that is necessary, she writes, because ‘the intense corporate push for us to succumb to a 24/7 time perception is threatening to disrupt deep and profound life rhythms in us and as an extension is also disrupting dangerously the earth’s biological, environmental and ecological conditions.’ [8] The role of the artist is not just to listen, but to articulate that listening for others, and what we encounter, in listening openly and disruptively, is not only signal but noise, otherness and resistance.

If the environmental listening foregrounded by Westerkamp is fundamental to perception of time, a more social form of listening is fundamental to the sense of community that is equally threatened by virtual hyperactivity. The structures of social media mean that instead of real connection with others, we tend to discover reflections of ourselves. As Byung Chul-Han writes,

The virtual world is poor in alterity and the resistance (Widerständlichkeit) it displays. [...]
In all the imaginary spaces of virtuality, the narcissistic ego encounters itself first and foremost.
Increasingly, virtualization and digitalization are making the real disappear, which makes itself
known through its resistance. [9]

Part of the reason for this, in Han's view, is the lack of a concrete addressee in many social media interactions. [10] 'Without the presence of the Other, communication degenerates into an accelerated exchange of information,' and in the absence of neighbourly relationship there can be no community since 'Community is listenership.' [11]

Listening happens in spaces: listening to speech is modified by matter, from the vocal chords producing sound to the amplification of a room: speech makes thoughts material, connecting the lived experience of community with that of a lived physical environment. Listening also changes spaces. The temporary space of the poetry festival is an opportunity to experience a single poem from multiple viewpoints: every listener will hear something different, creating in the poem a multi-dimensional space, and finding in it multiple ways of inhabiting the world.