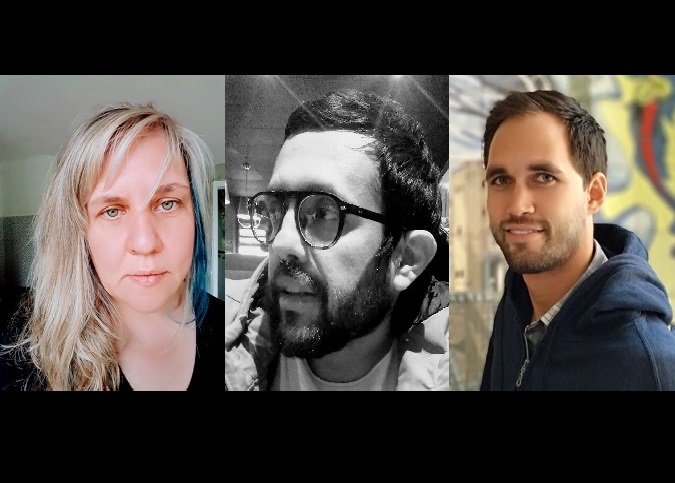 In July 2019, in order to structure the concept and usher the planning process of the 30th Medellin International Poetry Festival, we determined to find a mechanism for the involvement of poets all over the world in addition to the traditional criteria of the last years, to implement new variants.

The search for this mechanism came from the stimulant but often uncomfortable fact to have received in email hundreds of letters from poets from around the world who wish to participate and publicize their works. For obvious financial, practical, aesthetic, or relevant reasons, we cannot respond positively to all poets asking for an invitation. Summoning a contest seemed to us a fair and practical way to take the matter, and everything indicates that we are right if we consider the response to tender notice: 586 poets from 66 countries on five continents
responded to it.

To provide information for all those who had the confidence and generosity by sending us their texts, we want to inform you very briefly about the selection procedure of the winners, whose  names are contained below, in the Jury´s Report.

No later than two days after the call announced on our website, a total of slightly more than 10 proposals had arrived, which anticipated that the final amount of work to decide on the winners was going to be enormous, when not frankly unapproachable. We decided then to make a shortlist preselection process as more proposals arrived, for which we invited three poets to assume that task. The poets who took over this responsibility were the Panamanian
poet Magdalena Camargo Lemieszeck, and the Colombians Jairo Guzmán and Carlos Andrés Jaramillo. This first jury had the autonomy to decide its own work methodology, which resulted in the election of 72 of the 586 proposals that arrived from 66 countries. On those 72 was that the final jury took its decisions.

The Jury designed by the 30th Medellin International Poetry Festival, after exchanging information until the date on which the call is closed and adopted the methodology and criteria in order to accomplish its tasks , and after having read the 72 works that reached them with great care, we have decided that the three winners, announced in alphabetical order, are the following:

Award winning works, quite different from each other for both themes and styles, for their tones and formal proposals, have a series of virtues that “facilitated” a final decision: the three works were compact bodies, they were not made up of a group of scattered texts; in each one, it is evident, in the same way , that poets have secret passions and obsessions with a high level of expressive capacity: they are, in short and above all, poets, but also excellent writers: with their own style, rhythm and tone, and with a musicality that does not decay throughout
the texts. They are works, in short, that only look like themselves.

The Jury wishes to make the following comments:

1. It was hard to make the final decision, but we were happy to see that the difficulty was not due to a significant disparity of criteria, but because the quality of the finalist works were very good ones. From this assertion is derived, by logical extension, that the idea that some of the names around which the final discussion focused, but which were not finely awarded, could perfectly be included in the list of the winners.

2. In accordance with numeral 7, set out in the rules of the competition, that “The Jury may suggest to the organizers of the Festival the names of other poets who, in their opinion, may be invited”, the Jury has decided not to list the names of the poets who, due to the quality of their works submitted, would be eligible for consideration to be invited, but we have chosen to deliver the list of these finalist works to the Festival organizers, in order that, based on their own criteria, to make the decision deemed to be relevant.

3. If, as it is already evident, among the reasons that led the organization of the Festival to carry out this call was to find poets in the world who have not been invited, the Jury respectfully suggests organizers to evaluate the possibility of limiting in the future the conditions of participation in the bases, excluding the poets who have been invited to previous versions.

4. Finally, The Jury wants to state that, although poetry translation is an almost insolvable challenge, it was evident that there were cases where translations from original texts in languages other than Spanish were significantly inferior to the texts in their mother tongues.

We must say that the final decision was made based on the reading of the texts translated into Spanish.

Final note: After reading the Jury´s decision, and in accordance with regulation number 2, the Management of the Medellin International Poetry Festival has already taken the decision to invite the Italian poet Stefano Strazzabosco, and we also announce that during the next days we will continue reading with attention the texts of the finalists, so new invitations can arise.