Peace, democracy and defense of our planet 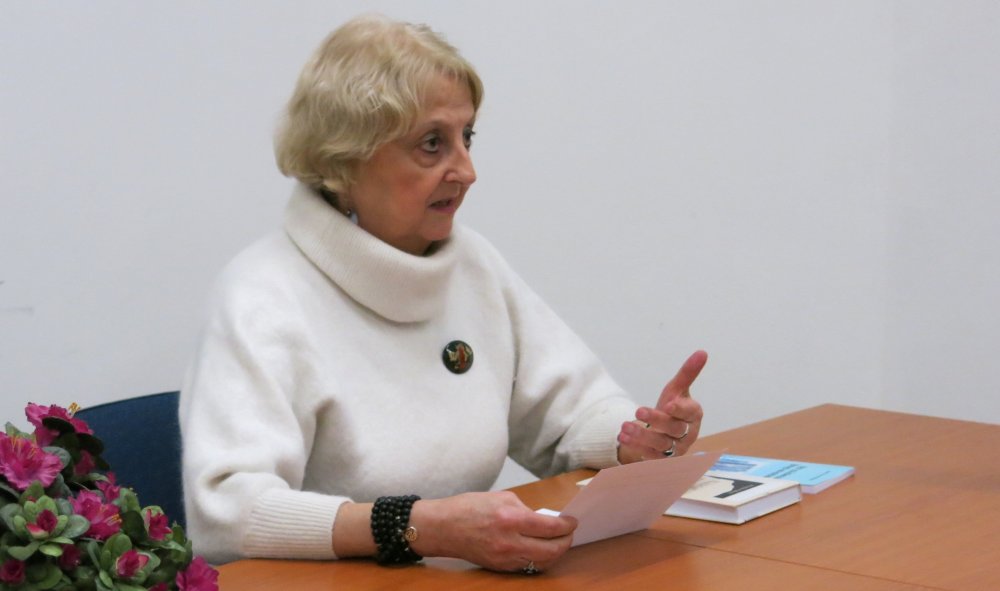 Peace, democracy and defense of our planet? Such indispensable and mighty ideals! Indeed – each one of us needs to participate in these endeavors according to our capacities. So much is being said about the need to protect our planet from pollution, yet it seems to be so hard for people to actually achieve it! It becomes even difficult to reconcile this with the mathematical growth of population. Very few of us do not leave carbon trail. Very few of us abstain from mass killing of animals in inhuman ways for our consumption and in some cases even for, pleasure. It seems overwhelming and the goal feels often, indeed, unachievable. It takes commitment and untiring work of education and self-education to achieve progress in protecting our planet from pollution and from insensitive treatment of wildlife, domestic animals, rainforests, soil, seas etc. This is all the more complicated given our current and unending struggle for a democratic way of life. It was never easy to achieve democracy and it almost seems that democracy anywhere in the world is a very vulnerable system that threatens to be toppled down any time.  There are still too many people on this planet in every country, who thrive on power and control over others, on self-enrichment at the expense of others, on self-aggrandizement, on accumulating wealth regardless of the consequences for their fellow citizens, for the natural resources and their animal brothers and sisters. There is still too much of inequality between men and women, even though a lot of progress has been made all over the world, but there is also still slave trading blossoming in many parts of the world, whose victims are first of all women and children - in fact, it has reached epidemic proportions and last but not least, religiously motivated terrorism has the world in its grip for decades now, as well as serious drug and other addiction problems.

Needless to say, we have our hands full and our minds are spinning and many people prefer to just suppress even the thoughts of all we are facing. Many people prefer not to think of the future generation and what they will be facing and try to escape dealing with it altogether or even deny the existence of these issues. It will take primarily the new generations to be willing to see and deal with the many problems facing the world. The question is, is it possible to master these issues purely through social movements and initiatives?

It is even more important according to my humble opinion to ask the question of the role of the individual and with it in tandem goes also the issue of the role of arts and literature in this matter. Arts, poetry, literature, music are primarily spiritual endeavors and express the spiritual level of individual feeling, thinking, as well as commitment toward life, toward the earth, toward the society as a whole, but before all, toward oneself. We only have the power to change the world for the better to the extent, to which we are committed to change ourselves toward the better. Inner growth, whether or not reflected in an artistic expression, is what is ultimately going to change the world, not social reforms, as people are only able to act in harmony with their own heart. If their heart is full of blame, anger, scorn towards others, dismissal, pride, greed, insecurity etc., no social reform will be able to correct how they will act and carry out even the best of reforms. Moreover, if a large enough component of the population will not be affected by spiritual growth, the reforms will not even come to pass, due to too much obstruction.

Here, the role of culture and exposure of the public to arts plays an absolutely crucial role. Arts have the capacity to awaken an individual’s new perception of reality and that is the main role they can play in their reevaluating reality or shifting values. Many people are often stuck in some customary way of viewing things, e.g. unconscious racism, unconscious sexism, unconscious abuse of animals and earth resources and arts need to play a tireless role in challenging this “stuckness” in old models of thinking and feeling and handling things. Arts are capable of estranging things and bringing new perspectives not purely in an intellectual or rational way, but in ways that can touch a person on an intimate, personal level and thus have a true effect. Literature can create a whole new imaginary world and at the same time a form of detachment from reality, which makes it possible to transform a person. In the best case scenario, it deepens an individual, who is no longer able to look at things in his customary, automatic and often superficial ways. It makes it necessary to abstain from thoughtlessness. It makes it necessary to take a break from the routine that our lives are filled with and allow a space for a reality of another kind.

A large part of population in western cultures increasingly turns to consumer culture or the so called popular culture or entertainment for relief from their stressful and materially oriented lives. The corporative culture filled with administrative nightmares and the increasingly complex and stressful cybernetic management of everything, turns often even the most creative people into exhausted peons who are desperately trying to cope with the demands of the daily life. The corporative culture makes life increasingly impersonal and insinuates the idea that people are obligated to constantly work in order to fulfill basic requirements of life, leaving not energy for emotional relationships, play or god forbid, engaging in thoughtful arts. Of course, the picture I have just painted can be seen as exaggerated, as many people do find time for these things in their lives, however, for the majority this is very close to the truth. Take just the fact, that even educated people often practically often no long read. Their minds are so filled with work duties, resolving practical issues and financial struggles, that they simply no longer find the strength after their workday to engage in creative or educational activities.

All the more, it is important that such endeavors like the Medellin Poetry Festival continues to exist and to remind us that arts and poetry matter, that they are important, that they are the living water of life, that there are people in this world, who care about life, about our planet and about how we live on it. It is also important as a gathering, which enforces peace among people, peace among nations, peace among races, peace among genders, as when poets gather, they gather to share the genuine contents of their souls, they gather to listen to each other and to befriend each other in spite of the sometimes deep political division between their governments. Poetry festivals are by definitions about sharing of peace, not war. They are about giving, not getting, they are about enjoyment, not obligations and they show the world that there is an alternative way of living and that there are alternative values. They show that there are people in the world, who think differently and are willing to stand up for this alternative way of life, which ultimately is the way of the future, if the world is to continue to live.