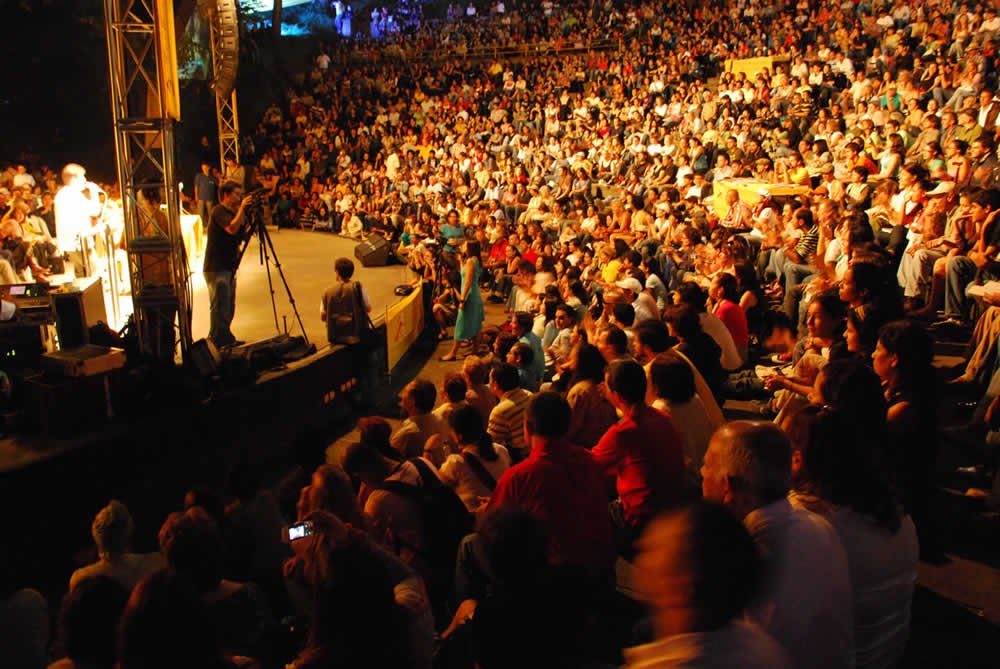 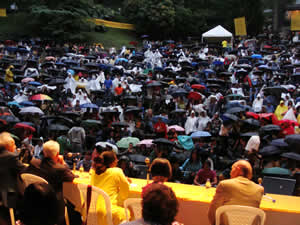 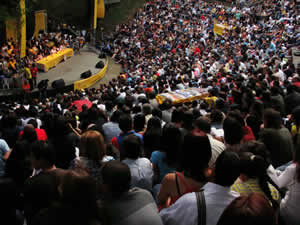 Poetry energetically opposes the will o postponing, crushing, hiding and confusing our people, it opposes and questions half truths that are mute and say only what is convenient to some. Poetry opposes the action that imposes general silence, the illegal aging of the legendary project of human existence, the mythical dream of one single living force, without enemies or contradictors, unity and poetry, peace and poetry, bread and poetry, truth and poetry, bread and dignity of life like nature.

In response to the silencing brought on by our present society and by the dictatorship of the media, we develop a massive action of poetic language. To broaden and renovate it, broadening and renovating our conscience and existence. In regards to the deteriorating conditions of our people´s lives, the air, water and forests and the downfall of everyones hopes, we encourage a poetry of existence, the wide river of a new conscience that becomes spiritual mobilization, the deep resistance from the heart of words, imperative song that unites in a sense of future even in this hard, torturing time.

The media convinces us day by day that they speak the truth, but they are always missing something, something that always falls, uncovers them. And day by day we discover the fake thread, torn and sewn together: Colombians inhabit the third happiest country in the world, Colombia is passion and "heaven" is in Envigado. A confused icon haunts us; our redeeming state swears there is no war in Colombia, but buys planes, cannons, radars and missiles as it closes hospitals and schools. There is no misery but factories are closed, there are no social problems but protests are crushed, the counter  voices. It is enough to win a soccer match, or just one gold medal, to forget by heart our mythical and poetic roots, our entire destiny.

Colombian newspapers ignore the opening of our XVIII International Poetry Festival of Medellín, the most multitudinous of its kind, that changed the sad name of this city, from drug dealing capital of the world to world capital of poetry, city of the resistance of our human spirit and city of hope, and that is why we were awarded the Alternative Nobel Prize at the Swiss parliament two years ago.

They forget the four million displaced, twenty six million poor, eleven million homeless, half of the indigenous children population suffering of malnutrition, millions of exploited infants without education, millions of workers that do not even earn minimum wage, that have no social security, that cannot have a retirement plan, that have no right to health, hundreds of thousands of mentally ill, alienated, deceived, hypnotized, crushed by the repetition of a lie that seems to be a truth according to the propaganda method of Goebbels.

But poetry will be our peoples strength to resist, to visualize their future entirely, the energy to advance, to find their lives sense, the voice to communicate their immortal dream, their irreducible memory of original unity that will return when antagonizing social contradictions have disappeared and the struggle of social status will have ended in a fair/just, serene and true society, without victims or executioners.

In his presidential campaign Alvaro Uribe promised that there would be no poetry under his reign. The congress of the republic less than a moth ago approved a prospective law that declares the International Poetry Festival of Medellín as cultural patrimony of our nation. Our president, Uribe, has denied giving final approval to this law, saying that it lacks clarity regarding the possibility of governmental financial support to the festival.

And yet, the inspired president of epic proportions has only cleared financial resources for war, not for sources of life and poetry. He has clarity regarding the financing of death, killing, extermination, crushing and physical elimination of democratic opposition.

And the lives of our people, democratic culture, social justice, truth, poetry and beauty will not be financed.

In the attempt of humiliating a project such as the International Poetry Festival of Medellín, the Ministry of Culture has increased by two million pesos our budget for 2008, and maintains their support reduced to half of what it was ten years ago. Five thousand million pesos for every delay and nothing to resolve the spiritual lack that it promotes and that supports our war. It is the government of politicians turned into thugs and of thugs turned into politicians, of blessed value investment.

War and culture annihilation are and have been the religious business of all these centuries; the profitable enterprise, the extermination. For man is the enemy of man, for war is what dominates us, what imprisons us, war between the state and the FARC, the prolongation of Bushs war in Iraq through the international communitys indifference, greed takes over the natural resources of the world, war to bring us to submission and numb us, to separate, to scare and dominate, war to annul the human spirit with the promise of more war, to exterminate, to numb and to make history go backwards using the progresses of science against the civil population. Gas, bullets, radioactivity, mines, caskets, brutal propaganda of nothingness, denial of all life. 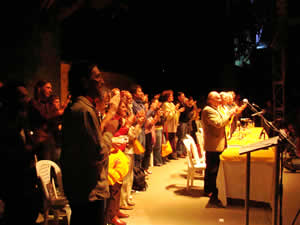 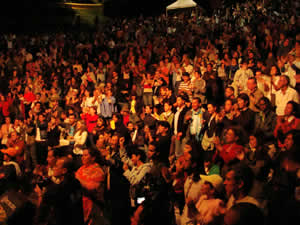 Hugs are better that murders, the triumph of poetry is better than war, beauty is superior to the monstrosity of the massacre among Colombians. It is better to dignify our existence than to die in resignation, to promise dialogue over panicked mutism, to face poetry than to face wild hatred, to move against war and terrorism from wherever it may come.

It is necessary to create a worldwide movement of poets, artists and intellectuals that is solidary with the Colombian people. The International Poetry Festival of Medellín proposes this brave city to become the epicenter of poetic fighting against war. This generation of young people who will be filling our 123 stages this week, can be the motor of a massive national referendum for definite reconciliation, as our liberator Simón Bolívar asked for in his last days. For this we need to sign up and mobilize thousands of volunteers. A mobilization to put pressure on our enemies in order to structure a truce for dialog, to demand respect for civil society, that does not feel represented by this conflict because it is victimized by it.

We call you to join in a patient and persistent poetic revolution, to freely and fearlessly express everyday your constructive thoughts, to lift your loving vision of a new life, to grow your dream of a sibling country and to share its belief of peace. Peace with social justice, peace with truth, peace with liberating energy, peace without armed figures, peace with full political agreement; unconditional peace, without ambiguities.