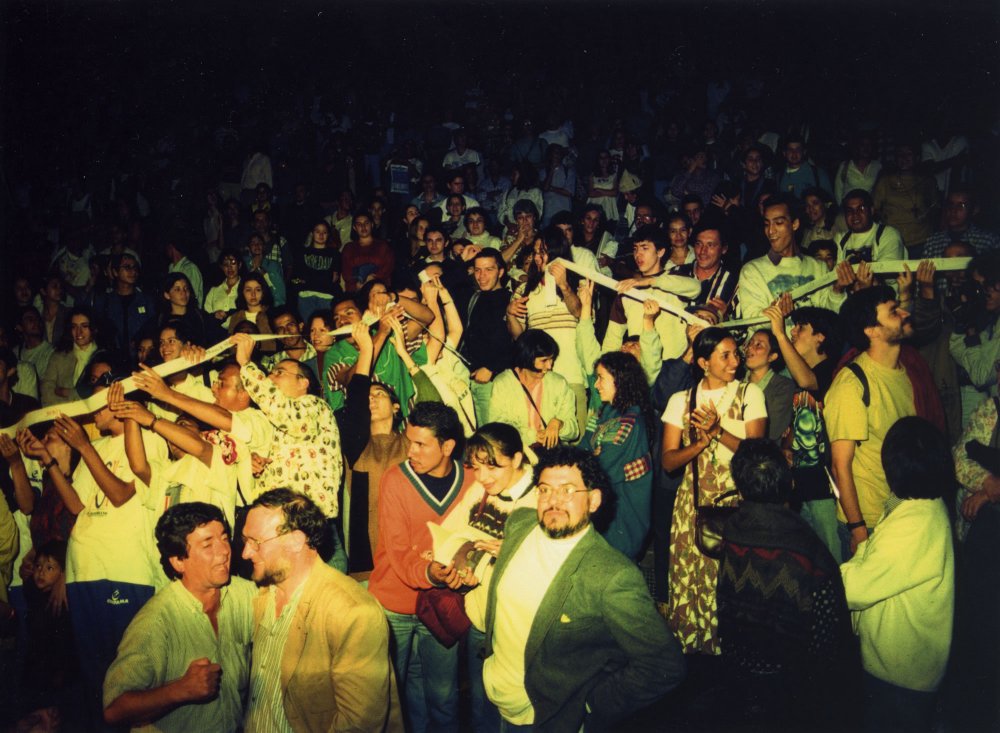 On this occasion one of the most representative figures of the Festival, because of his important contribution to contemporary poetry as well as the high quality of his work, is the poet Haroldo de Campos, founder of the Brazilian syncretism.

It is a significant spiritual advance that can be defined with McLuhans phrase: The city as a classroom. Taking away its academic connotation, it is important to point out that what is displayed in the classes is the knowledge of different kinds of poetry flowing like energy among those present.

We can highlight the presence in the School of Poetry of the vocal virtuoso Sainkho Namtchylak, a native of Tuva, Siberia. She makes possible the opening of a new, possible way of expression with a poetry connected with the ancestral voices of the shamanic tradition of northern Asia. This reveals the need to preserve a summary of the different traditions and styles present in the different versions of the Festival.

These new elements give poetry a character close to the oral, ancestral, onomatopoeic tradition. This display enriches the expressive panorama and informs about several world poetry trends.

Quite interesting is the presence of the Bosnian poet Abdulah Sidrán, because of the profound content of his poems describing the fragmentation caused by an absurd conflict of war and slaughter. His poetry deeply moves the audience on account of its concentration on pain and its acute longing for a country divided by war. One can also highlight the singular poetry and performance of the Japanese poet, Gozo Yoshimasu, with his perception of the world as a ghostly reverberation.

The International Poetry Festival of Medellín, under the Summer solstice, rides a cloud full of poetry. The girls sing and are happy because the city is peopled by unique phrases, not said before, that invite us to live without fear, in the joy of each instant. Men are serene, listening in order see through the poetic images, living in each verse said by their own author, with his or her own rhythms, tones and modulations, to remind us of the marvel of listening and speaking, that is to say, to live again a recovered passion, that we thought lost by the distance imposed by the force of survival.