Corporation of Art and Poetry PROMETEO 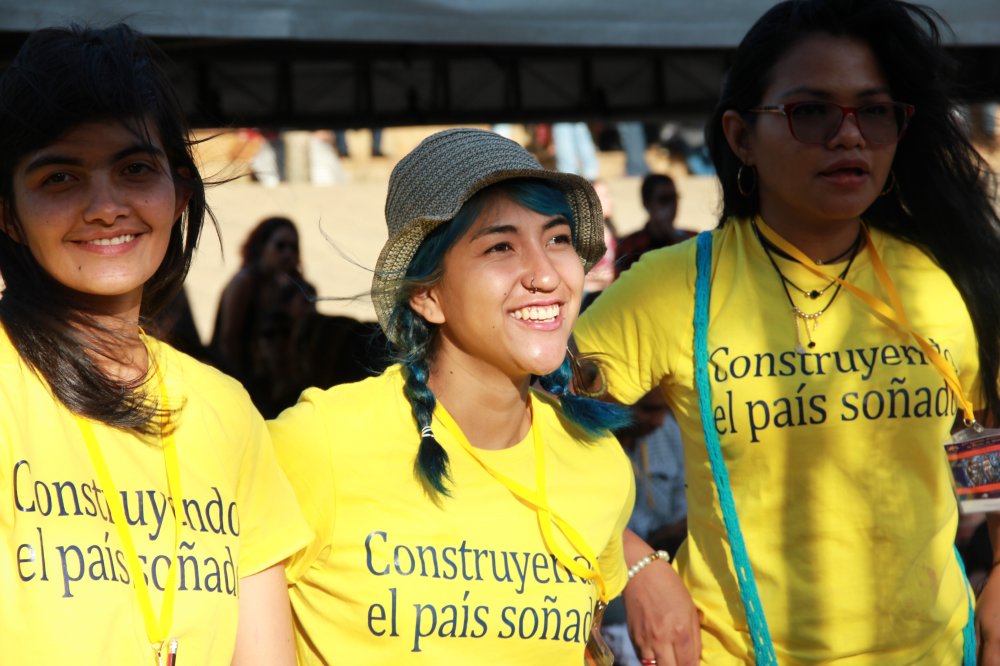 The constitution of the Corporation of Art and Poetry was created based on the need to protect a socially projected effort, born of the language of poetry and materialised in various activities, of which the International Poetry Festival of Medellín represents the need to dream and to construct a social reality opposed to the political, economic and social barbarism of our day.

Once this medium of expression is open, the Festival, in its ethnic, linguistic and cultural plurality, succeeds in making an essential contribution to the spiritual and cultural life of the city.

The present age is one of convulsion, saturated with cultural moulds, the flow of capital, mass production, dehumanisation, individualisation, and competition among economic and social groups. It is a time in which all is processed, institutionalised and assimilated by the structures of control.

The Prometeo Art and Poetry Association is a Colombian NGO that operates mainly in the cultural sector; it is an independent organization that will focus all its activity, knowledge, imagination and efforts on the creation, investigation and diffusion of poetry and other forms of artistic expression, as a complement of the actions in favor of the constant transformation of consciousness, individuals and contemporary societies through the exercise of poetic actions and language.

Values by which the Corporation is guided

1. Prometeo knows that without political, economic, social and cultural democracy in Colombia, we will not have a country in peace nor can we fully develop the Colombian people. Prometeo knows well that, at the present moment, there is no full democracy in these areas in our country, and it is in this setting that we develop our unswerving work, in spite of the detractors of culture and the struggle for peace.

2. Prometeo firmly believes in the fundamental Human Rights, seriously violated in Colombia by all sides in the conflict: the State, the paramilitary groups and the guerrillas. The struggle of  Prometeo is a demonstration in defense of freedom of conscience, speech, association and creation. Prometeo believes in plurality and dissent, and in a firm dialogue as the greatest instrument for the resolution of conflicts.

3. Prometeo has the conviction that poetry and art will have a fundamental role in the processes of development and that the cultural rights of Colombians can not go on being violated by a State that rejects the existence of an armed conflict, while it has an ever increasing military budget —this year’s is the biggest in our history— taking away ever more from the budgets for culture, health and education.

4. Prometeo is certain that arts and poetry will decisively contribute to the emergence of a new human society. It is for this reason that it has yearly staged the International Poetry Festival of Medellín, and that it has promoted the formation of a National and International Movement for Peace in Colombia. Prometeo has firmly opposed beauty to terror,  feeding through its annual poetry festival trust in the spiritual resistance of Colombians and in their high destiny, transcending the hecatomb.

5. Prometeo knows that its natural allies are poets, artists and intellectuals of the whole world, and that it is necessary to specify joint proposals and actions by the international community of poets, artists and intellectuals, to help in the resolution of the Colombian conflict and to strengthen the position and the voice of the human spirit facing the present world situation.

The Corporation acquired its legal identity in 1993 in order to obtain the resources that fund its activities, since 1982.