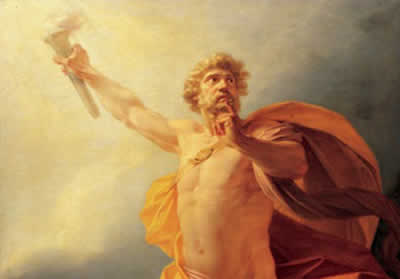 The International Poetry Festival of Medellín is evidently an essential act that delves deeply into the human soul, that exalts the celebratory condition of being and inscribes it in the context of the exercise of freedom, from the power of poetry. Its light has a bearing on conscience, on the perception of the public for whom the spirit prospers, resisting the affronts of a reality overwhelmed by violence and degradation. On the level of its dreams, the Festival is visualized as ceremonial center in which poetry becomes a channel connecting us with the sacred, with the emancipating forces of being, with its purest root in poetry, for life and for the transformation of the inner world of those who fall under its influence. This celebration places us in an orbit beyond history, of cultures that interacts through its representatives: The poets from the five continents.

This conjunction produces an exulting wave of conscience in movement, of language that enlivens all the senses and refines the emotions. In its human and existential plenitude, the International Poetry Festival of Medellín is revealed as an irruption of the libertarian spirit, as a universal sign pointing to the need of integrating all pieces our being that has been fragmented, subjected to devastation, to over exploitation and the abuse of power. Our time has been characterized by a systematic control of our conscience in order to drive it with impunity into the infernal labyrinths of servitude, of a systematic control that transforms people into subjects of production, their emotions captive in a role that exhausts their spiritual vigor and binds them with a crazy chain of consumption and market, by placing in the spirit a focus of perturbation that constrains the will of independence, of the liberating freedom of movement and restores the individual light of being, its self-control and its capacity of reaffirming itself in its individuality, projected in society with the radiant energy of poetry, through the celebration and consecration of its human faculties, through the song and the word that creates and edifies the soul of peoples.

This turbulent time of uncertainty facing the disaster, is a time in which is born a visionary conscience of our condition that allows us to elevate to the heights of our will the desire of a time free from the burden of our miseries and of our abjection as a species. We are dream in perpetual change. It will never be late for men and women, as long as the stuff of their dreams go on irrigating their most sovereign desire: The freedom and splendor of conscience advancing to the rhythm of an expanding galaxy. In this wandering in a time of great crossroads and the adventure of being human, our destiny alights like a lunar bird drunk with the sun on the flower of our spiritual assets. Our existence crowned by the mystery that pulsates in every act, in every celebration. Our voice before the astral solitude. Our becoming song, the word burnt on the tip of our tongue, our resistance facing the trepidations of history and our thirst of infinity place us in a space where poetry is a purifying power, a force that propels life and the will to be. In view of the failure of the rationalist project, the absence of the gods banished by mass production and alienation, the great deserts advancing in the Earth as well as in the human condition, human beings search their refuge in the only space where the sacred is possible: Poetry, that succeeds in connecting us with the supra-rational and non historical forces, in a Manichean and truculent time that has been called postmodernism, marked by the simulation and the fetishism of commodities. The abolition of any essential center or focus characterizes what we have inherited since modernity has set itself up with its new creed of progress and control of nature, since we are a series of functionalities, fragmented, separated from our human essence to assume the role of automats, in a new version of slavery. The pragmatic reason sacrificed mythical thought, reduced it to the condition of mumbo-jumbo, introduced a utilitarian notion of existence, proclaimed new discourses of barbarism in order to make it up as civilization, after having caused the great genocides and of having proclaimed the great golden lies. In this context, the International Poetry Festival of Medellín is revealed as a contemporary hierophany, since it breaks the pagan homogeneity of the everyday sphere and summons the population to realize an act of consecration of the poetic word as a bridge of connection with the mythical forces, founders of a territory protecting us from death. These resurgent forces that invoke and are materialized in a collective emotion, create a new notion of liturgy and allow the consolidation of a center of irradiation connecting all the cultures of the peoples of the world.

To propose the city as a sacred space to celebrate existence and conjure death trough the poetic word. This conjunction of poetry and the will of incantation of the population, marks the beginning o a new moment in respect to the manifestation of the sacred. This condition characterizes it as a solar ritual, to which a great number of people attend with a full conscience of its joyful, celebrating, initiation. It is a religious act, without framing it in any religion. It consists in a reunion with the emanation of the myth as thought, as a poetic experience that founds our being, through the word, since we are a dialogue. This reunion with the myth as a way of knowledge, this vindication of the myth, after being pushed into the background in a condition of excluded from the cruel juridical reason, is something that concerns poetry, something of which poetry has given evidence and for which it has always existed. Poetry in itself is a great myth, its manifestation founds our being and its sacred essence. As Ángel Rosenblat said, in his essay “The Poetic Word”: “Myth, magic, poetry, religion, reason, language, are intimately amalgamated in the history and life of humanity.  They are threads, according to Ernst Cassirer, of the immense net that constitutes the symbolic universe in which men and women develop. The very existence of language, is not a magic fact? How can the word, a breath  —“wounded air”, according to Fernando de Herrera, “the Divine”; “smoke in the mouth” that vanishes in the air according to the Chinese hieroglyphic— transmit love, hatred, joy or pain, the most timeless and abstract ideas, the desire and the will, from one person to another? And, besides, to set that breath on paper, parchment or celluloid, and to travel through all the confines and perpetuate itself for ever and ever?” Before that mystery poets refine their voice and sharpen their perception, their notion of life. Human beings will always need an incantatory space, where their dream is projected on others and their song  centers in their word that reveals the occult seal of the origin or birth of existence. We experience a need of that which consecrates, blesses life, specially now when its very permanence is in danger. In these dangerous borders poetry acquires a unique force because it is a reaffirmation of being with the word, for life, for the resurgence and the orientation of the spirit, toward an objective of light in the midst of the fateful nebula of war and destruction. The voice creates a sacred space, its impact on the attentive public moves the conscience and the zones of language to more qualified levels in order to stimulate its field of sensibility and perception of life, beings and objects. The words of a written poem acquire an oral dimension that extrapolates it to a mythical zone of being, inscribes it in the great Homeric tradition, since it only gives a liturgical evaluation to the poem said aloud. The poem is liberated from writing by the magic of the voice and it is precisely this operation that grants it the essence, that raises to the ceremonial level the song that rests on the printed word. The thread of this ceremonial magic, through the poetic word, is given by the silence that is condensed, creating an atmosphere that envelops the stage on which the poem is said by the own voice of the author. It is perceived as a capsule of silence and word, adapted for the construction of a truly sacred space, of concentration and audition in which the poetic experience of the poet is shared, where it becomes an indivisible unity  with the individual experience of each member of the audience and in this way raises de conscience to levels that make possible the spiritual transformation brought about by that act.

Before this perspective of the sacred (the sacred understood, in the sense of Mircea Eliade, as that new space that is constructed breaking with the homogeneity of the pagan or daily space of production) the destiny of planetary life appears as a major preoccupation and therefore one experiences the return of a respect and valuation of living beings, since the realm of nature has been violated, social balance has been altered, and the mental and emotional balance of the masses and the individual has been perturbed. That is to say, it is necessary to pay attention to the three ecologies: Social, mental and environmental (as suggested by Guattari) and realize an ethical articulation of these instances (ecosophy). Poetry intervenes as a form of (social and mental) ecology, it exerts influence in benefit of human ecology and has always exalted the beauty and greatness of nature (environmental). From poetry we can derive the three ecologies and an in fact this practice has been realized since the origin of the International Poetry Festival of Medellín. All of this appreciation of living beings connects us again with the perception of life as something sacred and of poetry as an action where its sacrality is reaffirmed. The human adventure has reached dangerous frontiers in such a way that it has violated the sacred grounds of existence and such an act leads it to a crucial circumstance of revaluation of the procedures it has used to move the world and set itself up as dominant master of the planet. The human delirium has been a voyage to destruction, to a madness that has served it as source to leave its epic, its written mark under the obsession of the historic being. Poetry is the great song of the human being, the legacy of his or her acquisitions as an animal the symbolizes. The whole of the symbolic practices is a poeticizing that sets culture up and makes it organic. In this postmodern whirlpool, in which all fragments are mixed in a kaleidoscopic manner, important questions arise about the sense claimed by an experience such as that of the International Poetry Festival of Medellín and it is observed that this celebration is a planetary movement of revaluation of the assumptions that move the circumstances that determine the human being of our time. It is a sign that appears as a signal of present and future spiritual battles that it is necessary to realize in an attempt not to succumb to the great challenges but forward by existence.