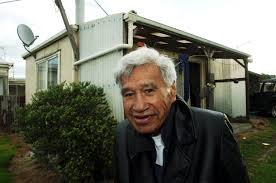 The Moon on my Tongue: An anthology of Māori Poetry in English
Edited by Reina Whaitiri, Robert Sullivan, Ben Styles
(Arc Publications 2017)

Who knew that Māori poetry has been written in English for over 120 years? Arc Publications are known for their translations and there are many readers who would have welcomed a volume of poems translated from the Māori in preference to this. Then again, as Māori novelist Keri Hulme, informs us: ‘Māori is a word-of-mouth language, it has only recently been turned to print, and a great deal of its mana and strength still lie outside the blackened word…’ The blackened word – how extraordinary!

Followers of rugby – a sport that was originally a tool of empire – will know little about Māori culture other than haka, the song of defiance sung before battle. Others might treasure a gentler note in such songs as Pokarekare ana (The Waves). My Irish-language free version of that haunting song is as follows:

Beautiful and tender as it is – Pokarekare ana was, in fact, a love letter to his second wife – the Māori author Paraire Tomoana was an Anglican and something of a war-monger! There are many recordings of his touching song:
https://www.youtube.com/watch?v=9GXua6gD4Hc

To complicate matters even further, certain Gaelscoileanna (Irish-medium schools) have rejected the dripping sensuality of my version in favour of a hymn to the Virgin, the lyrics adapted suitably as follows:

Why, some even claim that the original tune was not Māori at all but Irish or Scottish! Who knows? Anyway, of the two versions, I prefer the hymn.

The Moon on my Tongue is very evasive on the question of the bloody conflict between the two languages, Māori and English. In his Introduction, Ben Styles says: ‘Setting aside for the moment the terrible physical and political violence that followed this first encounter . . .’ When I come across the phrase ‘for the moment’, I expect the author to return to this vital subject, but no. It is dropped like a hot potato. Of course, the subject is often dropped in Ireland as well, as one might drop a blighted tuber.

This is an anthology of Māori Poetry in English and, as one might expect, it is peppered with Irish names, names such as Michael O’Leary, represented here with a poem called He Waiatanui Kia Aroha. Unglossed titles, words and phrases abound in this anthology as they do in some of our own macaronic compositions. Incidentally, by way of a very tiny footnote to literary history, New Zealand’s Michael O’Leary features in the English translation of my novella, Lacertidae, and a free PDF is available online if there’s any O’Leary out there who might be interested in tracking down a long-lost Māori relation! https://issuu.com/gabrielrosenstock/docs/lacertidae_novella

If you are at all concerned for humanity, its past and future, The Moon on my Tongue will break your heart:

Take your hands from your ears
Hear their screams . . .
Bruce Stewart

Fragmented, my soul lies here, there: in
The waste-wood, around …
Hone Tuwhare

Still, he has come, the white man
has come, and has conquered
wiped from beneath us
that base we knew so well
so that it should exist no more
but be replaced, our glorious heritage
with muskets, fire and bricks
with industry, with progress
with 1966.
Ngahuia Te Awekotuku

Readers of The Moon on my Tongue will want to know more about these poets, luminaries such as Hone Tuwhare (1922-2008) who spoke Māori as a child. Then his well-meaning father handed him the Bible in English and commanded the boy to read it back to him. One critic describes Tuwhare’s poetry as a ‘collision’ between the Bible and native Māori narratives. He couldn’t afford university, he gets a job, becomes interested in Marxism and in American writers – so different to the British, as he says – writers with a social conscience, Steinbeck, Hemingway, Dos Passos, Thomas Wolfe. Recordings of the poet reveal the shaman behind the socialist-activist. We need shamans as much as we need scientists today, to save our rivers and trees, to save our languages.

Tuwhare’s father was taught to view the Bible (yet another tool of empire!) as the word of God. Did not God (or the gods) speak through the creation myths of the Māori as well? I found one glorious example in a curious compendium called Nineteenth Century Miracles by E.H. Britten: it seems to me that the Māori text is as powerful and as beautiful as Genesis any day. So let’s sign off our musings with this memorable extract: