How poetry can act in the era of globalization

How poetry can act in the era of globalization 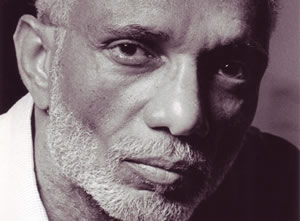 Photo by Stephen Paul. From http://caribbeanreviewofbooks.com

Seamus Heaney, Irish Nobel laureate of 1995 asks the essential questions any poet, whether of Old or New World, must ask:  “How should a poet properly live and write? What is his relationship to be to his own voice, his own place, his literary heritage and his contemporary world?”  These questions emphasise the fundamental responsibilities of the writer wherever he makes his home. Of course, these are also universal, timeless questions that have always challenged those who wear the mantle of the poetic vocation - from Homer to Sappho to Dante, the poets of east, west, south and north, the image creators of the Americas, Africa, Asia and Europe, men and women of poetry.

In this era of a new globalization in which the new-found lands of global villages, digital ages and one-world cultural familiarities lie open before us, Heaney’s rooted queryings are even more important. Across the five continents (and the sixth continent of island nations?) every poet must face these searching examinations if their work is to become significant out of home soil and to spread, like a tree of life, over the earth-planet that is our common ground.

For poets who have known the conquest, colonialism, racism, imperialism and other degradations of the last few centuries – poets whose histories would place them at seeming disadvantages, these questions have a significance that could be taken for granted in certain privileged situations. In the countries of our world where poverty, war, disease, famine, illiteracy are the common experience, the very practice of poetry, and the apparent arrogance to aspire to such creative expression, can seem presumptious. Yet much of the most meaningful poetry (and other forms of literature and art) of our time has come out of those deprived contexts. Heaney’s questions are not only personal and artistic but hold a political dimension. Globalisation is not only a commercial issue, but also a political one. It is power that trades across the globe.

At the same time, the challenges of the 21st century world may well force us into the posture of W. H. Auden in his tribute to the other great Irish poet, W.B. Yeats:

“Now Ireland has her madness and her weather still,
For poetry makes nothing happen: it survives
In the valley of its making where executives
Would never want to tamper…”

If “poetry makes nothing happen” then why have poets down the ages bothered to write their lyrics and epics? Of course, the wily Auden may also be laying a subversive pun on us, suggesting that in fact poetry makes the emptiness of “nothing” happen into something vital. However we read it, there is a suggestion of the separateness (“the valley of its making”) and special nature of the act of poetry. It is in this specialness that the power of poetry to act in our changing world, exists.

Poetry in the commercial culture

Can poetry be a mighty wall across our Americas (the islands, Central and South America) that can defend us against the encroachments of the EPA, the WTO and the ever-present Big Brother surveillance of North American, European and even Asian satellites? In the proposed exchanges of cultural and heritage trades, goods and services, supposedly taking place in a free marketplace of democracies, prejudice-free environments, level playing fields – can poetry help to guarantee fair trades, honesties, mutual respect – or will we be back to the repetition of the histories of those first encounters between the European sailors on their musket-laden caravels, and  the primeval ancestors of these Americas in their parrot- and blue-marlin paradises? The songs and poems of the Amerindians, and later on, of the enslaved Africans and indentured Asians, did not stop the exploiting pirates who created the mercantile empires in these southern lands.

Or does the discussion have to shift paradigm? To go back to Seamus Heaney, who has lived through troublous times in his native Ireland - are not the essential, fundamental questions still to be raised, in whatever political, cultural, social context we find ourselves? Beyond the cruel worlds of carpetbaggers and conquistadors, of bankers and popes’ representatives, the poet’s voice is that of the human heart at the fulcrum of the furnace of deals and contracts and treaties. Heaney’s questions are the probing of the psalmist as Jerusalem burns around him, of the drummer boy looking on as Mexico collapses, of the young girl who witnesses the slaughter of her mothers by slavers. It is a call to be truthful to the situation in front of them.
Gabriel Garcia Marquez, in his Nobel lecture of 1982, faces these issues of globalization squarely:

“… it is understandable that the rational talents on this side of the world, exalted in the contemplation of their own cultures, should have found themselves without valid means to interpret us. It is only natural that they insist on measuring us with the yardstick that they use for themselves, forgetting that the ravages of life are not the same for all, and that the quest of our own identity is just as arduous and bloody for us as it was for them. The interpretation of our reality through patterns not our own, serves only to make us ever more unknown, ever less free, ever more solitary. Venerable Europe would perhaps be more perceptive if it tried to see us in its own past.”

“Latin America neither wants, nor has any reason, to be a pawn without a will of its own”

“Why is the originality so readily granted us in literature so mistrustfully denied us in our difficult attempts at social change?”

In reminding the international audience of the uniqueness of Latin American cultures (and indirectly, of the originality of all those cultures mis-named “Third World” or other derogatory terms), he challenges the financial and cultural powers of the world to properly interpret us. To allow us to will our own destinies. We can find the solutions to our own challenges. He reminds the world from the Nobel stage that “the quest of our own identity is just as arduous and bloody for us as it was for them.” This is still true today, and perhaps more so with the insidious influences of the new globalizing pressures.

Here is the articulated stand against the negatives of globalization. If the poets answer Heaney’s questions deeply and honestly and thoughtfully, then they can help the foreign globalizers to understand our people and cultures, and hopefully treat them with greater respect. And they empower their people to validate their cultures and societies in all their wonder and complexity; they enable us to know the integrity and authenticity of our lives and heritages. In fact the poets, searching out their own experiences, lead us to know ourselves better. So the work of the poet is not first for the outsider – hostile invader or friendly visitor – but for himself and those from whom he comes.

“Globalization refers to the increasingly global relationships of culture, people and economic activity. Most often, it refers to economics: the global distribution of the production of goods and services, through reduction of barriers to international trade such as tariffs, export fees, and import quotas… Globalization contributes to economic growth in developed and developing countries through increased specialization and the principle of comparative advantage. The term can also refer to the transnational circulation of ideas, languages, and popular culture.

Critics of globalization allege that globalization's benefits have been overstated and its costs underestimated. Among other points, they argued that it decreased inter-cultural contact while increasing the possibility of international and intra-national conflict. However, the assertions of critics of globalization contradict the research in mainstream international trade theory, that, after controlling for relevant factors, globalization reduces conflict between trading nations. Progressive economist Paul Krugman, who won the Nobel Prize in economics in 2008 for his work done in international trade theory, is a staunch supporter of globalization and free trade and has a record of disagreement, going back to the 1990s, with mainstream progressives, who he thinks lack even basic understanding of what comparative advantage is.”

Having raised the defenses for poetry and poets, and called poets to begin at the essential  foundations of their thought and craft, we consider what globalization can offer. Note in the above definition the sentence: “the term can also refer to the transnational circulation of ideas, languages, and popular culture.” “The principle of comparative advantage” offers, if it is to be believed, the opportunity for mutual partnership, respect and of course, the profit necessary for financial survival of poets and artists. It provides a chance to stand, at least culturally and creatively, on equal terms with the more powerful. To hold that “comparative advantage.”

Are not the poets and their art the life stream, the genetic pool of human consciousness, the memory of the tribes, the griot and shaman, the singer and chanter – that the armies and traders and bishops and bankers and railroad builders and cartographers and software designers – take with them wherever they place their footprints on the globe? To speak plainly, the purveyors of globalization with their phalanx of lawyers and trade agreements, cannot stop the poet from  writing and reading and singing. Globalization itself offers opportunities for the sharing, transnationally, of our “ideas, languages and popular culture.” And everything we want to say, about anything, through our poems. And this is what I take “comparative advantage” to mean. Which does not lead us to forget the hostility faced by any poet speaking and writing flaming truth, in the face of prejudice and oppression, exploitation and destabilization, by those who seek to hold power over others and to restrict their human freedom – and this, at home and abroad.

How can poetry act?

How then can poetry act? How is poetry to act? Whether or not one believes that “poetry makes nothing happen,” he and she must ask, fiercely and passionately “How should a poet properly live and write? What is his relationship to be to his own voice, his own place, his literary heritage and his contemporary world?” The lifelong effort to answer these questions, in poems on the page or the stage or in multi-media formats, is the best answer to all that a globalised world presents, whether positive or negative. And in answering these questions with all the skills of art and thought, the poet does make something happen in the hearts and lives of those who read and hear. And the cruel, exploiting forces that lurk beneath the best intentions of the commercial and corporate kingdoms of Mammon, are kept in check, far more than we realize. To be a poet is to be a person of faith. To have faith in the power of the word. “In the beginning was the Word.”

Poetry comes from the human heart and imagination, created against the fires and floods and genocides and holocausts of conquest; in personal joy and inevitable anguish that resonate with the human spirit in common unity and man will always be a poet – in all the continents of his dwelling, under democracies or dictatorships, under earthquakes or tsunamis, under whatever form globalization takes in his time.

How can poetry act? By being itself and speaking itself, everywhere, for all time. Out of the poet’s known and lived reality, as he deeply contemplates his relationships to his voice, his place, his heritages and his contemporary global village of a world.

You must now enter the silence alone and listen. Wait.
Wait for the translation of the first line. Write.
Write with your fingers searching the pigments on the palate
for the essential shading of the right
image. The medium frames the sacred intercession.
To give face, posture and voice to the holy is no trite
matter. And where humility unveils some gracious incarnation,
offer first this blessed sacrament to the King of saints.