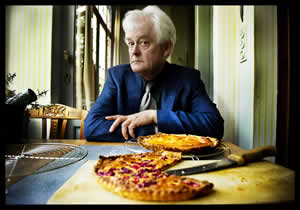 In this our time, exchange value is replacing with apparently irresistible force the use value of things in all spheres of life.
I am not a marxist. But I must admit that contemporary capitalism faithfully fulfils the prophesies written down by the bearded author of Das Kapital.
Poetry however has no exchange value whatsoever.

There’s an enormous difference between poetry and the visual arts. The Financial Times (April the 2nd, 2012) writes about the work of Damien Hirst:
In 2008, the peak price for the most expensive 25 per cent of his work was nine times what it was in 2000, but it is now being bought for less than three and a half times the 2000 price.
This being said, Damien Hirst’s work is still sold at prices between € 3 million and  75 million.
In matters of poetry, comparable remarks are just unconceivable.
Fifty years ago, Hans Magnus Enzensberger wrote:
Das Gedicht ist die Antiware schlechthin (poems are the anti-merchandise par excellence)
In this globalized and ultra-capitalist world, in this our 21st century, the existence of poetry in itself is a radical form of criticism of the economic system that is destroying our civilization and our planet.
In his essay The redress of poetry, Seamus Heaney defines poetry as a counterweighing function and also as another truth.

La pensée unique (a single way of thinking / uniform thinking / capitalist orthodoxy) cannot offer a coherent and rational picture of the globalized world, because it is constantly smoothing over large chunks of the realities of daily life. When confronted with the terrible and magnificent totality of human existence, uniform thinking just has this one and only possibility: the cheerful lie, sold as the only possible truth.

In our times, poetry has become almost inaudible, invisible, without any social, political and economic relevance whatsoever, because the only accepted relevance is the relevance of sales figures.
But exactly that is the reason why poetry has an irreplaceable cultural and civilizatory importance.

The very work of the poet has some characteristics that should be considered as a form of radical criticism of the market logic.

The poet’s logic is totally incompatible with the logic of the hero of our time, the manager.
The poet’s rhythm of work is not hectic. Poems are written over a period of ten years or in ten minutes. It’s simply unpredictable.
Two thousand years ago, Horace wrote:
Exegi monumentum aere perennius.
Two hundred years ago, Hölderlin wrote:
Was bleibet aber, stiften die Dichter.

You hear lots of commentaries about sustainability these days. But our production processes and our consumption habits remain not sustainable at all.

One day, this genial manager of a big steel mill told me:

At that very moment I understood in a flash that understanding an reconciliation between the manager and the poet are impossible.
The poet who does not try with all his might to write the very best poems he’s capable of, i.e. to produce the best quality, is a shame to his trade and to his calling.

In this our time, poets are subversive by definition.
They may be left wing or right wing, hermetic or crystal clear, boisterous or shy, but whenever poets perform their duties, they go against the main current, against the deepest current of our ideological and economic system.

* The ivory tower is never far away from the barricades. On the barricades, poets are more than often hampering those who are fighting. It is preferable to write fine poems for all those, poor, rich, aristocrats, humble people, who want to read and to hear them.
* Many times, it is not the poet but the reader who assesses the political contents of a poem, even more so when the reader wields power. Just one example: in my language, Dutch, there’s a sonnet about the crucifixion of Jesus Christ. It was written in the 17th century and it is a masterpiece of poetical craft, deep emotion and Calvinist theology.

’t En zijn de Joden niet, Heer Jezu, die u kruisten.No, not the Jews, Lord Jesus, crucified thee … etc. During the Second World War, the Germans who occupied the Netherlands, banned this poem of the 17th century. It was too friendly for Jews.
It is just one of many, many examples in all possible languages of a poem that suddenly found itself being defined as a political text from the outside.
For four years, I was president of PEN Belgium Dutch Speaking. When attending annual PEN World Congresses, I discovered that in different countries, poems which at first sight are completely innocent and idyllic, sometimes provoke the rage of political (and also business) leaders.