"Journey between your soul and the larger sould" 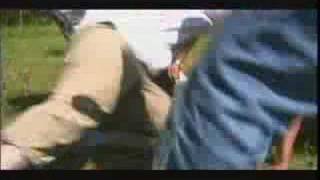 Joy Harjo was born in Tulsa, Oklahoma and is a member of the Mvskoke (Creek) Nation. Her seven books of poetry include She Had Some Horses, The Woman Who Fell From the Sky, and How We Became Human, New and Selected Poems.

Her poetry has garnered many awards including a Lila Wallace-Reader’s Digest Award: the New Mexico Governor’s Award for Excellence in the Arts, the Lifetime Achievement Award from the Native Writers Circle of the Americas; and the William Carlos Williams Award from the Poetry Society of America. She has released three award-winning CD's of original music and performances: Letter from the End of the Twentieth Century, Native Joy for Real,and She Had Some Horses. A song from her forthcoming CD, Winding Through the Milky Way, just won a New Mexico Music Award.

She has received the Eagle Spirit Achievement Award for overall contributions in the arts, from the American Indian Film Festival and a US Artists Fellowship for 2009. She performs internationally solo and with her band Joy Harjo and the Arrow Dynamics Band (for which she sings and plays saxophone and flutes), and premiered a preview of her one-woman show, Wings of Night Sky, Wings of Morning Light at the Public Theater in NYC and will open at the Wells Fargo Theater in LA March 2009.

She co-wrote the signature film of the National Museum of the American Indian, A Thousand Roads. She is a founding board member of the Native Arts and Cultures Foundation. Harjo writes a column “Comings and Goings” for her tribal newspaper, the Muscogee Nation News. She lives in Honolulu, Hawai’i where she is a member of the Hui Nalu Canoe Club and in Albuquerque, New Mexico.

JLW: Osiyo Joy, It is my honor to interview you for Native Digest, and I thank you for taking some time from your schedule. Congratulations on your new children’s book, and your award winning CD (which includes The First Americans in The Arts Award for Outstanding Achievement in the Arts for 2009). And a special congratulations to you for winning the Native American Music Award, Best Female Artist of the Year. What an accomplishment for you. Your poetry has always struck me as words that have been reborn to say something directly to a person’s soul (certainly I feel this way). How did you realize this gift?

Joy: I was surprised by the gift. When I began to write in my early twenties poetry appeared as a surprise. Yet, when I track back, I realize that poetry was one of my first teachers. My mother wrote song lyrics. Poetry and music were linked. At Indian school almost all the students wrote poetic expression because most were still close to their oral cultures at that time in the late sixties. Words were admired and seen for the power they embody. I was at the University of New Mexico studying painting and photography. I was settled in my major, and then poetry interrupted and I had to follow. Poetry is a tough teacher. It continues to teach me to listen, how to sing, and how to open up my knowing.

JLW: Which of your poems is your personal favorite? Why?

Joy: This question is like asking which of your children is your favorite. There are audience favorites, and that shifts over time. “She Had Some Horses” is one of those. Some people never read beyond “She Had Some Horses”. I’ve written most of my best poems since. “Perhaps the World Ends Here” is one of them, as is “Eagle Poem”. “This Is My Heart”, “A Postcolonial Tale”, and “Equinox” are some I like to perform. “…Heart” and “Equinox” are now songs. Also “For a Girl Becoming.” It is now a book just released from the University of Arizona Press. Why? They each carry a tone wrapped securely in meaning. They take on their own lives. I only take credit for hammering the form together. The spirit of each poem is beyond me.

JLW: Did music grow in you before poetry, or was it simultaneous?

Joy: I see them growing together, though the poetry was practiced and public long before music. Music was stolen from me when I was about fourteen and it took me until I was forty to be able to reclaim it again. The saxophone was my first musicial helper. I picked it up when I was about forty. I learned saxophone on my first album, with my second band, Joy Harjo and Poetic Justice, Letter From the End of the Twentieth Century. I began learning to sing on Native Joy for Real. It all comes together on Winding Through the Milky Way. I add native flutes and ukulele on that album.

JLW: When it comes to music and poetry, has there been a link between these forms of expression and your true Native voice?

Joy: It was at my tribal grounds in Oklahoma that I first remembered that music, poetry AND dance all came into the world together. The page is a more recent construction. I don’t really know what a “true Native voice” is -- we can usually sense authenticity. We recognize authenticity. I heard Wynton Marsalis perform yesterday here in Brooklyn at a conference. His is an authentic voice. He gave his famous 2009 Nancy Hanks lecture: “The Ballad of American Arts”. There was no mention of native cultural expression and its part in American arts.

Joy: When creating you just have to honor the back and forth journey between your soul and the larger soul, and the spirit of the art that you are carrying. I don’t think about the larger particulars, especially with poetry or music, or rather, the larger inhabits of the microcosm. I am in the middle of a “memoir” that is due in December. I am thinking about what I am writing and why. It’s a different process.

JLW: Native Americans in the spotlight help illuminate history and keep this alive in many ways. You have been in this spotlight often. How do you feel about your contributions?

Joy: Again, I just keep moving with what I have been given to do. I evaluate. Mostly I am aware of taking each step. Each one affects those who come behind me. This is true for everyone.

JLW: What has been the most difficult aspect of your journey as an artist?

Joy: My own inner struggles, as well the challenges from those who believe that my accomplishments diminish them. Again, this is probably true for any artist.

JLW: What has been the most gratifying aspect of your journey as an artist?

Joy: The magical journey of creativity, and watching those younger artists come along in the journey.

JLW: How has family and ancestry contributed to your work?

Joy: This could be an immense question, and maybe one I am exploring in book form. Or it could be as simple as, it contributes in some manner to every artist. It’s not always a prominent factor. When you’re part of a people who are indigenous to a place, and invader populations diminished your numbers to one half of one percent, and have moved you from original lands, then family and ancestry tend to become very prominent.

JLW: “She Had Some Horses” is immensely powerful. When I have read this I always feel you took some words that were once ill and made them breath again. I wonder if it was written from those opposing polar places in your soul?

Joy: Thanks for your description. I think as humans, and especially as artists, we have to be aware of paradox, and allow it to exist, otherwise, it will destroy.

JLW: Is there an audience you specifically wrote your new children’s book for? If so, what do you hope that audience learns and keeps from this book?

Joy: I wrote the poem of the book specifically for a certain event, for a granddaughter who was coming of age. It became a book for all those coming of age. It’s a reminder of how each of us came here, what we will face on our journey, and what might be useful to remember.

JLW: Thank you very much for the gift of this interview. I look forward to many years of reading your poetry and hearing your music.