An Interview with Amin Khan. By Ahmed Djebbar

An Interview with Amin Khan 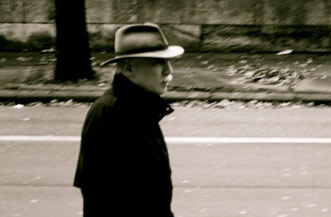 AD: At what age did you start writing poetry and it what circumstances?

AK: I started writing at the age of 10, one afternoon in the fall of 1966. I wrote a poem from beginning to end, without hesitation, the only poem I still remember and can, to this day, recite from memory. It was titled The Desert. At that time, I was attracted by large spaces. That attraction has remained an essential dimension of my imagination. I have always been fascinated by the desert and by the sea, which incidentally, are major landscapes of my country.

AK: My first collection is called Colporteur. It was published in Algiers in 1980. It brings together poems written in the 1970s, poems of a young man...

AD: What was then the place of poetry in Algiers?

AK: A mixture of several things. The end of an era, of a system, which strictly controlled citizen expression including in literature and poetry. At that time, most Algerian writers published in Paris or Beirut. The Sned, which was a public enterprise, played its part in the censorship exercised by the State. However, thanks to the competence of the people who managed it, and of their skills in the literary and editorial fields, the books published by the Sned were of quality. There was a demand for quality and a real professional rigor. I remember when Colporteur came out, I had had with the director of the publishing house a real discussion about my manuscript, which had already been read by people such as the Poet Djamal Amrani. The discussion was about the opportunity and the "right" to a neologism in my first collection. I insist on this particular point because unfortunately, this quality of people has since disappeared... We were at the junction of a time of controlled freedom but also of competence and respect for the written word. It was also a time marked by the brutal power of money, of alienation and the decline of the ethics of the managers, and all this, within the same political and cultural system.

AD: Apparently, your poetry wasn't subversive enough to be censored.

AK: This may be true. On the one hand, the national cultural scene gave a very modest place to literature in general and to poetry in particular. At that time, important Algerian writers were altogether excluded from that scene. Mohamed Dib lived and published in France. Kateb Yacine wasn't writing any more poetry or prose and had started to write for the theater in "popular" Arabic. The new generation of poets, in the wake of Jean Sénac, either published in a marginal manner. And this included Tahar Djaout's generation, which is also mine. Literature and poetry were marginalized. It is in this that Kateb Yacine's approach was revolutionary. He quickly understood that people who would read his poetry or prose written in French wouldn't be very many, but that on the contrary, the people would be reached through the usage of "popular" Arabic and by the medium of the theater. The regime perceived a greater danger coming from him than from any other poets even if they could also have a critical or rebellious discourse, which was confined to the margins of an already marginal and controlled cultural scene. I believe that the decision to not censor me was primarily due to the marginal status of poetry.

AD: You mentioned Djamal Amrani. What was your relationship to him?

AK: My relationship with him was episodic. He was in Barberousse prison during the war of Independence at the same time as my mother who was arrested in February 1957 (four months after I was born), during the Battle of Algiers. They didn't know each other. I met him while at the university of Algiers in the 1970s. I then didn't know much about his militant past. He was one of the readers of my first manuscript.

AD: What is your conception of poetry?

AK: The poetry I aspire to is limpid, understandable by most, and a poetry that translates a human experience, whether it is a historical, personal and/or collective one.Poets I admire the most, like Nazim Hikmet, speak of a total, complete, concrete reality with a clear point of view and a strong sensibility. For me, true poetry is capable of producing and projecting thought, has an intellectual quality to it, and is carried by an emotion without frills, flourishing, and mannerisms. I don't like "poetry for the sake of poetry". I don't like formalisms or poetry as a political and ideological discourse. Poetry is a link established between the self and others by a same movement of emotion and thought.

AD: Have you ever thought of placing your poetic discourse in an existing school? And have you told yourself: I am part of an "intimate" or a "nationalist" school of thought?

AK: I started to write when I was a child, for reasons that are personal and mysterious, but without a poetic culture or knowledge of the existence of styles, schools and so on. I continued to write that way. Later on, influences and admirations came about. I consider my poetry to be neither intimate, nor nationalist, or any other "ist" for that matter. There is this personal approach which is for the most part inspired by my country, its history, its landscapes, by my personal story which is very closely linked to my country's history in so that on both my mother's and my father's side, I come from a tradition of people who fought for the freedom of our people. I was born and I grew up in Algeria. My poetic images formed there. My travels allowed me to develop a wider vision, but that was also through the prism of my first poetic experience, hence my affinity, my passion, my dreams, on the side of the weak, the oppressed, the ones who fight for justice and liberty throughout the world, for Africa, my kinship to the blues.

AD: Now a question on the alchemy of the poetic discourse. My question came about after having seen images of you in China. I was interested in a remark that someone made in an account of your visit: "from time to time, Amine Khene stopped to attentively contemplate the gardens, the lotuses, and the medlar trees from Japan... Before he left he praised the exquisite Suzhou gardens..." How does the alchemy of your poems come about?

AK: I believe that when you are a poet, you have a certain way of looking at things. A personal view, that you never lose, that is always present and can manifest itself in many ways. Today, I can say that poetry is my real identity because it is through it that I see things and people... which has actually led me to make some mistakes... And of course, this doesn't always translate in a poem. So, sometimes, you have a Chinese public servant, who probably is poet himself, who perceives that. I never thought however, that my emotion in front of the lotuses was so visible...

AD: You used the word freedom...

AK: I love freedom. However, more than freedom, I love justice. And so, I am not in an insoluble dilemma in how I live my poetry, my everyday life and my convictions. There is an interior harmony, perhaps a precarious equilibrium, which permits me to live these different dimensions - not without tensions, but without contradictions.

AD: What is the role of the deliberate lack of punctuation?

AK: Non-punctuation is a discipline. This discipline is a reflection of my conception of a poetic text, which should, in a spontaneous and natural way, have a rhythm and musicality without the need for punctuation.

AD: Your country is present through what constitutes a geography, but not a topography.

AK: Yes, this responds to a necessity of the poem. Most of my poems seem to not need the mention of any particular place.

AD: But they need references to impressions and general scenery?

AK: Yes because a historical and geographic context is present, though filtered by the junction of thought and emotion, which results in an abstraction level, more or less defined in the poem.

AK: I published Colporteur in 1980, poems of the 1970s. Les Mains de Fatma in 1982, poems of the 1980. Vision du retour de Khadija à l'Opium in 1989, poems written between 1980 and 1985, years in Algeria, as I perceived them anyway, which were a prelude to a catastrophe. The sudden irruption of money as a universal value was henceforth a dominant and was quickly destroying what had been built since the Liberation. Behind the so-called liberal discourse, there was a will to keep the worst of the regime, namely repression, authoritarianism, bureaucracy. And, the combination of the two materialized with corruption. This was on my mind when I wrote these poems. It was also a time when I was young, full of optimism, energy, love, and I had believed that Algeria was going to react and that my compatriots wouldn't be led like that, to slaughter. I wrote within that contradiction: in a moment where I was in the upward curve in my life, while in front of my eyes, the future was collapsing.

AD: Here are a few statistics I made. I took the words you use. The words that come up the most pertain to the cosmos and the sidereal. When you have more human references, they are intimate and non-societal. Do you confirm this tendency?

AK: It is not conscious but at the same time, I take responsibility for it because, although not having a real culture in the domain, I am mystical. I think that's what shows in some of my poems.

AD: You didn't want to go there earlier.

AK: Because it's not easy to talk about it. In my poetry, I am in, and I want a harmony, which is that realm, with elements of the cosmos, of the earth and the sky, and of humans, which are more or less abstract...

AD: This is confirmed in the 2nd category of statistics where what is linked to the human is tragic.

AD: Last question. Why this personalization with a name, Khadija, which is so historically marked?

AK: I chose the name Khadija because at the moment I wrote the poem, it was for me the face of Algeria. I wrote it in 1985 with an intuition that Algeria was going back to a very unfortunate and very sad past. It is the vision of the return of Algeria to a time of stagnation, of despair, a tragic regression in history. This poem is a one on one between two lovers. It is also a terrible disappointment, a time of mourning, a promise, a country...

Amin Khan was born in Algiers during the Algerian War of Independence in1956. He grew up in a revolutionary family, writing poetry, and nurturing interests in philosophy and politics. Studies at the University of Algiers, the University of Oxford and the Insitut d'Etudes Politiques in Paris followed. As a diplomat and international civil servant, he held positions at the United Nations (New York), The World Bank (Washington, D.C.) and UNESCO in Paris, where he now lives with his family. His books include Les Mains de Fatma (Sned 1982) and Archipel Cobalt (MLD 2010), as well as the forthcoming Arabian blues (MLD 2012).

*Ahmed Djebbar is currently Professor Emeritus at the Sciences and Technology University of Lille (France). He is a renowned Historian of Mathematics, a former Algerian Minister of Education, and an avid reader of poetry. Amin and Ahmed have known each other for about 20 years.