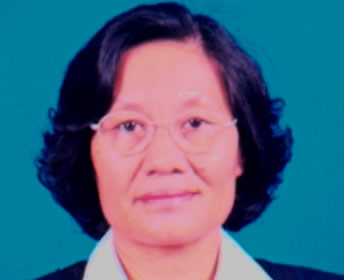 Historically Laos was called the Land of a Million Elephants.

So poetry was born there in the mind of the poet and transmitted orally in the form of both poems and Mo Lam. Mo Lam is a style of Lao singing in which the words change according to the intent of the singer, who may choose to tell a story or flirt or comment as appropriate to the situation. Everything they composed was rhythmic.

At the time that the alphabet and writing were developed the real poets were the mo lam singers. Our ancient manuscripts contain all types of writing in the form of poetry, the writing of myths, legends and folktales talking about national and cultural heroes and persons with extraordinary powers.

During religious eras they wrote legends which were the stories about great religious characters or the miracles of Buddha and of other holy people as well as stories of the punishment of great sinners. There were also stories of supernatural beings such as ghosts and the devil, which the people believe in. Poems in Lao also included proverbs and riddles as well as folksongs. In the last century they began to write in the free style of modern poems, but still they still maintain the rules of grammar and rhythm.

Lao folk songs were the ancient form of Lao poems and were transmitted orally from generation to generation. Nobody really knows when a song was born but it is easy to tell where it came from. Throughout the country, from north to south, you can recognize poems typical of an area or an ethnic group. There are also some songs which are common throughout the country. Traditional songs are generally called Kap or Kone Lam.

Since I was a child of only 5, before I entered primary school, my family and relatives called me Mo Lam. I was always interested to hear and learn from and imitate the folk singers and since that time I was able to create songs and verses with my own words and everyone said “why can you sing poems like Mo Lam?” surprised that one so young could perform like that.  I started to write poems in the third grade and have continued to write until now. I learned how to write poetry in school, at that time it was obligatory for all students to learn, and I wrote many poems in Lao and French and some in English. My style has always been free expression and most of the poems I wrote were folk stories or for Mo Lam.