Amin Khan, Poet of the crossing of  the borders 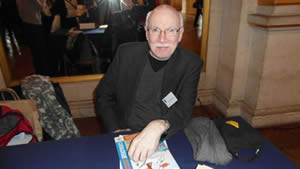 I have the great pleasure to talk about Amin Khan, Algerian poet, at a time when the Arab and Islamic world is making a democratic breakthrough that is upsetting ideas and circumstances regarding justice, law, culture, and freedom. In North Africa and in the Middle East, the heirs of the Arab and Islamic civilization are showing that life in the Arab societies is not doomed to an existential stalemate where the woes, setbacks, and regressions of the 20th century would be endlessly repeated. Today the predatory political powers are everywhere facing youthful and popular dissent and renovation movements.

Decades ahead of the current awakening of mentalities, Adonis (Ali Ahmad Esber), the great poet of Syrian origin, had laid down the foundation of an Arab poetics thought as the opposite of ossified legacies. His superbly imaginative reading of the“The power, wrote Adonis*, called all those who did not behave or think in conformity with the dominant culture of the regime “innovators”, therefore heretics (ahl alihdath), and would deny them their Muslim identity (…) We can thus see that the term muhdath (what is created, or what is new) and its derived notions, that have designated poetry, originally belonged to the religious lexicon. We see therefore that the modern in poetry appeared, as the opposition in politics, as the negation of the idealized
ancient, and we understand how, in the Arab life, the poetical is intertwined with the political. Up to the present day.”

In Arabian blues, Amin Khan expresses himself freely as a man of the poetical innovation.

This starting point reveals a bluesman from Algeria who turns his back on the archaism of the identity codes as well as on the obsolete legalities of divine right orthodoxies. Between melancholy and ironic distance, metaphor and lucidity, tenderness and beauty, Amin Khan inscribes his doubts and his solitude in the universal measures and harmonics of the Afro-American blues. Transcending style and “race”, vision of the world and locality of identity, complaint and tempo, his strong sense of the self and the other mixes the Arab form of the spleen with a to be blue sprung from the imaginary of the deltas of the Mississippi.

Amin Khan’s surrealist fulguration integrates an elliptic and naked expression with diverse transnational and transcultural legacies. His migratory energy partakes with the musical blues of the Blacks and the aching feeling à la Baudelaire or à la William Carlos Williams. He puts the Muslim tradition in a fruitful counterpoint to the esthetical values of French and Anglo-Saxon cultures. At a time when the interdependence of the imaginaries of the planet doesn’t cease to grow, his poet’s philological home is neither the Arab nation, nor the former colonial empires, but a sense of the world that drives his wandering of “eternal pursuer of the dust and the salt”.

Daughters of obscure amber
Harmonizing my pain
With that of others

When poetic power swoops down with such a strength on the heart of a man, it royally allows him to displace the too narrow horizons of the meaning to worldwide spaces of transmodernity. It induces a logic that breaks the old sacred molds. It destroys the canonical fences specific to the murderous myths of the alleged identity. In state of poetry, the Islam of tenderness and enlightenment, by the hand of Amin Khan travels to the discovery of another cold and another warm of the great adventure of the humanities. The labels (ethnic, esthetic, erotic, mystic) cease to impose their tribal rule. In the planetary paths of a migrant amazed by every human presence, they give way to the radiant starting points of the living-together in an international civil society. Amin Khan translates in the language of poetry – in early morning Arabian blues – the considerable teaching of the eminent Palestinian-American critic, Edward W. Said: “ Today no one is only this or that. Indian, woman, Muslim, American, these labels are only starting points. Let’s follow, if only for a moment, the person in real life and these labels will be quickly outdated. (…) Neither exclusively Whites, Blacks, Westerners, Orientals.

The sense of the world, growing in the different areas of our civilization, will strongly need the vital word of Amin Khan, for the crossing of the borders of uncertainty and truth.