The Stentorian Text (The Strain of Departure) 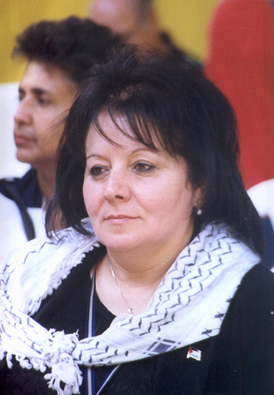 The man who has dwelt in our hearts,
He embraced us through the streaks of flame, and travelled to us with Cananite eyes.
The man who does not set out except for us and with us .He departs to find
Us dignified in the designing the upshot of integrity and grandeur.

The strain of departure was scorching ,The soul was set aflame .It mounted the injured soul on the twigs of tribulation .The twig broke and clave to its remaining parts.
The crevice worsened being in conflict with a melancholic twig and a bush,
Trying to embrace what remaind.
Reminiscence used to follow from your eyes and cocoon in the lap of my warm memory.
The place is desolate.OH.Invisible and In Propria Persona.
Your presence conglomerates the warmth of the universe on the sinking pench in the silence of the moment.
I have missed you,when remembering the soothing tune whose rhythm became discordant when the place lacked your presence.
I visualize your coming like the sharp wheels of destiny to burden us with the trust and write the will.

Apologies to your eyes that remonstrate us earnestly,
While you looked from the plane that you boarded
To There.
You are with us a dear lover.
Oh,Sublime lover
Oh,Dearest lover
I apologise to You
In your elegy,there will be no reports,
Loyalty and aalegiance creep to you,
I apologise to you…to your eyes,to your candidness and philanthropic feeling.
I am sorry for your chast sublime spirit flying with us to absolute liberty and justice.
I am sorry, Father,while I write my story of affiliation
And you are stronghold for us,for me
I am sorry,Father,the most beloved
Oh,Great Father,Great Leader
And you cast a furtive glance at the men
WHERE ARE THE MEN?WHERE ARE THE MEN?
You called all the night and your voice penetrated the air
Sleep deserted you,far away,far away
You crossed the seas,but you remained a French fountain despite lack of docility around you.
I smell a strange smell emanating from there,
I smell the smell of horror over there,
I smell the smell of digrace and destruction,
And the premeditated silence
And the escape to the escape
And the curtains falls..And the Curtains falls
I glorify everything in you-I glorify all things
I glorify the ashes that embraced you
I glorify the white coffin that shrouded your body
I glorify your special language
Which you used in the communication with the Sultanate thrones
I glorify your commandments and your eye gesticulation
And all that you say
How to ripen you,and you are the sweet drops in immortal chalice of existence?
How to ripen you and the butterflies of spring Palestine clubded together around you.
Glow.
Pine and olive trees have assumed their declared grandeur
And the candles of fidelity were lit in a sacred glowing oil.
Oh,the baptized by Jerusalem,soil and perfume
Clad in glory and faithfulness,
Elected to the devine benefaction,
Where you nonpulssed at the conspiracy whose traits were strewn over your chaste body and drove you over the path of suffering with no return?
How to bed you farewell?
With what carnation and garlands,olive twig, and applause.!
And the voice of ALLAHU AKBAR(GOD IS THE GREATEST) coming out from the walls of our city-Jerusalem.!
By what prose or a poem or verse
By what vision,rose,story and novel whose inspiration stems out from your transfiguration.
Its strain is a whisper of singing..hymns.
Pass me your hand to kiss twice,three times and for times
Pass me your lofty forhead to decorate so that you can rest in your laurel.
And shower it with an exhaling fragrance.
Pass me your immaculate voice.
Pass me your Kuffiyah which is woven with covenant.
Rest in Peace,we pledge and I pledge
Therefore,we promiss
Oh,Yasser,Oh,Abu Ammar
Grant us extra hours.
Do not depart.
Grant us a great moment of magnanimity to procrastinate departure.
Grant us our Dignity in you
Do not leave…Do not leave.
Grant us enough space to put off departure.
.Grant me some patience.
Do not depart
Do not depart
Grant me the strain of your presence.
And accept me your protection rapier
You will never be an emigrant
You will never be a stranger.
You will also be the beloved,the beloved.
You will never be but an
intimate lover.
You are mellowed with grandeur.
You are the signal of our secret.
You are the purity and throughyou is fidelity.
You are the conscience that will never die.
YOU ARE THE PEOPLE WHO REFUSED TO DIE.
Farewell…Farewell.
This farewell permeates to the depth of the wounds.
Farewell…Farewell explodes me,kills me and inflicts suffering and grief.
Farwell…Farwell questions me,asks for an account.
Light in the absolute is your light.
I rehearce your rhetoric twice and three times.
I cey..I cry.I tear up the papers they tear me up.
Oh farewell,you tear me up!
THE WOUND IN THEWORD IS THE BLOOD OF THE CEOWNED DEER.
Frewell,oh warrior,in the cities of the volcano.
Farewell,he who is woven an eternal concept.
Farewell,he who is compact in time of similarity.
Farewell,he who is profuse with grandeur.
Farewll,he who is the keeper of the bledge.
Spreading security and disseminating tranquility from the cages of horror.
Farewell,you upright in the heavens of the righteous.
You are the avenger disseminating the message of those who have departed national anthym.
You jumped over the siege of the soul and the land
Plucking up your courage and spirit to’ LONG LIVE PALESTINE’
Farewell,Oh,dearest,conquerer of the impossible,
Farewell to the torture of the walls.
Farewell to the torture of the siege.
Peace be with you,
The miracle man of profusion
And genuine affiliation

In 1988, she founded the Palestinian section of Women's International League for Peace and Freedom (WILPF), where she works tirelessly to end to Israel’s occupation of Palestine, and for peace. In her role as chair of the PEN Centre, she has fought for freedom of speech and the protection of persecuted writers. She takes part every year in conferences all over the world adressing issues such as imperialism, conflict resolution, and the role of women in promoting peace in the Middle East and elsewhere.

She won, among other awards, the Award of the Academy of Arts and Sciences of China, 2002; Poetry Award Italy, 2004; the Literature Prize of the Republic of Mali, awarded by the President; and Yasser Arafat, 2004 Award.