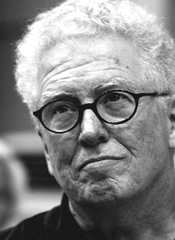 Kevin Bowen  was drafted at age 21 and served in the 1st Air Cavalry Division in the Quang Tri Province near the DMZ (demilitarized zone) and the Tay Ninh Province in Vietnam from 1968-1969. He is a 1973 graduate of the University of Massachusetts Boston. A former Danforth Fellow and Fulbright Fellow at New College, Oxford, he earned his Ph.D. in English Literature from the State University of New York at Buffalo. He worked as an aide and speechwriter for Lt. Governor Thomas P. O’Neill, III prior to becoming director of the Veterans’ Upward Bound Program at Umass Boston in 1984 . He was appointed co-director of the Joiner Center in 1984.
Playing Basketball with the Viet Cong, his first collection of poetry, was published by Curbstone Press in 1994. His poems have appeared in Agni, American Poetry Review, Boston Review, Ploughshares Press, Prairie Schooner, TriQuarterly, Witness and other places.

Kevin Bowen‘s Playing Basketball With the Viet Cong is his first collection of poems and they focus on his memories of the Vietnam War.  Although there are moments of brutality and horrifying images, many of these poems intend to infuse the enemy with humanity — whether that enemy is a U.S. soldier or a member of the Viet Cong.  In a way these poems diverge from other war veterans’ writings in that rather than attempt to sort through mere emotional trauma, Bowen seeks to draw parallels between two nations that were once at war with one another and highlight their similarities in a way that will generate peace and forgiveness.

When we moved south
we found comfort
nights at base in new dug bunkers,
the womb hum of generators,
artillery thud and mortars
marking time.  And whiskey,

Bowen’s lines are sparse, but use each word to its fullest potential to provide a sensory overload, much like the one he may have experienced in Vietnam himself.  Readers will hear the bombs hit the ground and feel the anxiety of the soldiers as each poem unfolds.  How did these soldiers ever “feel at home” in the jungles surrounded by the enemy?  Did they live in constant fear as the adrenaline pumped through their veins?

Poetry often tries to convey more than the lines state on the surface.  Bowen often blurs the lines of his memories with reality and myths from Vietnamese lore.  But always there is a connection made between enemies through their humanity.  For example, the lines of “Missing:” (page 34-35)

I was there that day, felt the tug,
looked down and saw my own face
looking up to me from the paddy,
searching the sky where already you’d disappeared.

Everything, even in war is connected and on some level the soldiers killing the Viet Cong were in a way killing themselves — little by little.  Not all of Bowen’s poems are from a soldier’s perspective, with poems narrated by a female voice, perhaps a wife, dealing with the far off glances, the silence, and the nightmares her lover experiences.  Readers will enjoy the wide variety in Playing Basketball With the Viet Cong, which strives to pull to the forefront the humanity in everyone and find a common ground from which each side can begin anew.

Don’t let them kid you–
The mind no fool like the movies,
doesn’t wait for flash or screech,
but moves of its own accord,
even hears the slight
bump the mortars make
as they kiss the tubes good-bye.
Then the furious rain,
a fist driving home a message:
“Boy, you don’t belong here.”
On good nights they walk them in.
You wait for them to fall,
stomach pinned so tight to ground
you might feel a woman’s foot
pace a kitchen floor in Brownsville;
the hushed fall of a man lost
in a corn field in Michigan;
a young girl’s finger trace
a lover’s name on a beach along Cape Cod.
But then the air is sucked
straight up off the jungle
floor and the entire weight
of Jupiter and her moons
presses down on the back of a knee.
In a moment, it’s over.
But it takes a lifetime to recover,
let out the last breath
you took as you dove.
This is why you’ll see them sometimes,
in malls, men and women off in corners:
the ways they stare through the windows in silence.