The Man In The Mirror. TJ Dema 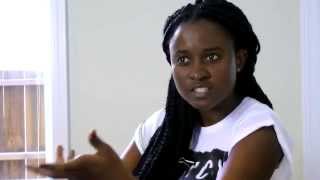 TJ Dema (Botswana) is a poet, occasional editor, voice over artist and arts administrator. She is an Honorary Fellow of the University of Iowa’s International Writing Program as well as former chairperson of the Writers Association of Botswana and runs Sauti A&PM, an arts administration organization. She has read her work internationally in countries including India, South Africa, France, Bangladesh, Sweden, Brazil, USA, Singapore as well as Zimbabwe and was Botswana’s representative to the London 2012 Poetry Parnassus. She participated in Lancaster University’s crossing borders program and mentored the all female national champions team for the British Council’s Power in the Voice initiative.

She facilitates creative writing and performance workshops for young people/emerging writers. Other than recorded CDs, her chapbook Mandible was published by Slapering Hol Press (USA) in conjunction with the African Poetry Book Fund. In 2013 she was named an Arise African Change maker and a St Louis Top 40 under 40 catalyst.

The Man In The Mirror

This is not a well thought out entry, it is only a way to say that Botswana is a landlocked country in the middle of the Southern African region. We count amongst our neighbours Namibia, Angola, Zimbabwe and to our south South Africa. A number of Batswana work in or go to school in South Africa, not unexpectedly some have married into South African families and especially the boom of franchises in Botswana many locals regularly went shopping in Johannesburg. Our two countries enjoy a tenable relationship. I have heard many people say, though I wish there were no cause to even begin to think along these lines, that South Africans don’t seem to treat Batswana they way they do other citizens from the continent. They are “kinder to” them. The people talk and they say on the whole South African immigration officials treat most Botswana passport holders as though they were returning citizens or at the very least welcome guests.

Between us we share a language, our national language is spoken by millions more South Africans than there are citizens of Botswana.

I’ve spoken to a few Batswana currently resident in South Africa, they appear concerned but seemingly not for their personal safety. They empathise with other/fellow ‘foreign nationals’ and are incensed (as are most South Africans who have nothing to do with these violent acts) but are not themselves worried they might come under attack.

Attacks have happened in townships. Most Batswana living in South Africa would probably count as middle income or at the very least upwardly mobile. Even Batswana students are often on government sponsorships or funded by well to do families.

All of this is surface talk because of course nothing about murdering someone especially by setting them alight is logical. Therefore no one is safe. We have a saying in Setswana ntlo go sha mabapi ie if two houses are in proximity and one catches fire, they will both burn. I do not think the long gone elders who lived in thatched mud huts and coined this proverb knew what context it might suddenly embody (though in encouraging neighbourly empathy, we should perhaps recognize that the old are often wise beyond any wisdom we claim to possess).
And perhaps the first fire is not the one you and I see. A man on fire, albeit on the inside might well find it …plausible to set another on fire. But how do you choose your enemy? If he is indeed that, and not some twisted representation of yourself. Why burn the man in the mirror? But this is not an academic debate, and on some level I hope I never understand what might make a man do this to another human being. But it is reality, a few hundred kilometres from here there are unspeakable things happening. There are horrific reports and images all over the internet.

One image has a mother and father holding their young in their arms, clearly running away from a mob coming toward them.

There are others I cannot put into words.

In 2010 two years after the first xenophobic attacks that I heard about, then Phd candidate Suren Pillay, gave a talk titled “Why is xenophobic violence not the scandal that mobilizes the middle classes and the suburbs into action?”

In it Pillay quotes Franz Fanon “The colonized man will first manifest this aggressiveness which has been deposited in his bones against his own people… the colonized man is an envious man’.  Without a meaningful decolonization of the society which benefits all, Fanon warned, this envy in the post-independence period turns on outsiders:  ‘From nationalism, we have passed to chauvinism, and finally to racism. These foreigners are called on to leave, their shops are burned, their street stalls wrecked…We observe a permanent seesaw between African unity, which fades quicker and quicker into the mists of oblivion…’ I am shamelessly quoting a small section of what is an essay worth reading in its entirety.

Reports that Malawi has sent buses to evacuate its citizens.

Locals, and now foreigners too, carrying weapons in the Durban CBD.

There have been reports of incendiary rhetoric by one leader in particular. Generally speaking the hashtags to follow are #xenophobicattacks #xenophobia #notoxenophobia #KwaDabeka

Xenophobia – intense or irrational dislike or fear of people from other countries. Terms like afrophobia have since come up on social media

Necklacing – (chiefly in South Africa) a tyre doused or filled with petrol, placed around a victim's neck, and set on fire.

In the documentary “The bloody miracle” which focuses on the last few years before the first democratic elections in SA one participant states that the person might be forced to drink petrol before being set alight. I have no knowledge of the origin of this act and have ever only seen records of it being performed by black people on black people.

Immigrant – a person who comes to live permanently in a foreign country. Often used to refer to asylum seekers and/or black and/or poor people who move to another country

Expatriate – a person who lives outside their native country.
Often used to refer to white and/or wealthy or employed people who move to another country

Foreigner – a person born in or coming from a country other than one's own.

Racism- the belief that all members of each race possess characteristics or abilities specific to that race, esp. so as to distinguish it as inferior or superior to another race or races.
• prejudice, discrimination, or antagonism directed against someone of a different race based on such a belief.