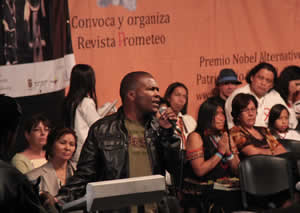 David wa Maahlamela has played a significant role in the promotion of Sepedi, one of the marginalized languages in South Africa. He has authored, amongst others, Moswarataukamariri (a poetry volume, Timbila Publishers); Ditlabonnyane (a play, Maskew Miller Longman Publishers) and Sejamoledi (a novel, Unisa Press).

As the result, he was honoured with the PanSALB Multilingualism Award in 2011, which he remains the youngest recipient so far. For over a decade, his work in English has featured in literary journals and anthologies such as New Coin, Carapace, Botsotso, Timbila, New Contrast, Fidelities, Kotaz, Green Dragon, Turfwrite, Echoes, So Much To Tell, Magic with Words, English Academy Review, Itch, There is a Place, The Edge of Things, The Sol Plaatje European Union Poetry Anthology and Prometeo.

His debut novel was shortlisted for the Sanlam Prize. He also edited a poetry anthology, Tsa Borala and six children's books published by the international Room-to-Read. Furthermore, he is the recipient of the Herifest Prize for Poetry, Musina Mayoral Excellence Award and the Maskew Miller Longman Award. Wa Maahlamela is the co-founder of the Polokwane Literary Festival. He was also listed on the prestigious 2012 Mail & Guardian 200 Young South Africans, as one of the prominent youth in Arts and Culture. This 1984-born poet and prose writer—from Mankweng township in Limpopo Province of South Africa—has read/performed his work in Africa, North America, South America and India.

How I wish I could, like many, pretend that ethics of poetry are engraved on a rock somewhere at the centre of the global village – an assumption that downplays the fact that one’s domicile, environment and experience directly informs his literary outlook. The poetry landscape in South Africa is diversely ever-changing, rendering the question of ethics in definitive, unstatic and extremely complex in its simplicity. Ethics of poetry in a particular place are inseparably influenced by societal dynamics of that place, yet they are never a one-way road.

In South Africa, a country whose identity has been shattered and remoulded by successive evil-trinity of colonial, apartheid and mass culture, poetry cannot in its honest sense afford to distance itself from the quest of reclaiming that which is lost, or guard that which is under thread. Realizing limitations and unfitness of language in its raw form, the politician relied on poetry’s ability to objectify subjective experience in contextualizing abstract ideologies such as the Black Consciousness and the African Renaissance. As a matter of fact most prominent politicians have, at one point of their lives, tried a hand in writing poetry, if not to strengthen their speeches with it.

In times of crisis, poetry has a special and crucial function completely unmatched. It doesn’t, therefore, come as a surprise when Charles Bukowski refers to poetry as ‘what happens when nothing else can.’ Poetry is, at its best, the highest literary form of intense imaginative identity with the subject, and in South Africa it has given breath and pulse to socio-political concepts and ideologies that gave birth to the current country. As if to assert my point, Mbulelo Mzamane say James Matthews’s poetry was not influenced by the Black Consciousness, but it has, in fact, influenced the Black Consciousness. Lesego Rampolokeng declares that he was introduced to the Black Consciousness not by Steve Biko or Franz Fanon, rather through poetry of Mafika Gwala – a sentiment echoed by Mxolisi Nyezwa about Ingoapele Madingoane’s poetry.

Not even the politician can ignore or surpass poetry’s impact in the anti-apartheid struggle. The current president, Jacob Zuma recently acknowledged the role played by poets such as James Matthews and Mafika Gwala in inspiring young people ‘to surge forward and keep the flame of the anti-apartheid struggle burning.’ He, however, missed an opportunity to locate and reassert today’s poet – something the former statesman, Thabo Mbeki attempted to do when he identified poetry of Mazisi Kunene as fundamental in the voyage of reclaiming the African Renaissance in the current day.

Two decades into the democratic experiment, central beliefs that the new political dispensation claimed to stand for—that is equality, diversity and free expression—are arguably under thread. A number of citizens who register to vote is gradually dropping, revealing that youth lost hope in politics. The yawning gap between our highly-rated constitution and its implementation—or lack thereof—reminds us that laws and legal processes are never self-executive. Without accountable human agency and institution to activate them, they will remain nothing beyond a piece of paper. Ethnic intolerance and xenophobic attacks strongly suggest that humanity is somewhat out of balance. Heart-sagging corruption and mismanagement of government institutions also turn liberation into a mirage before billions and billions of hungry and caged citizens. Poetry can, surely, claim a better function in the current times than ever before.

It will be absurd for me, or anyone else, to prescriptively dictate what and how individual poets must write, especially the elitist clique who are taught to prematurely censure and reject poetry on the basis of its political relevance. Imposed obligations overweigh poetry, putting creativity in danger of a possible fatigue. That said, my conscious does not allow me to write about flowers, stars and pets while unjust and inhumane forces slaughter the innocent. I write about anything, in whatsoever way, as long as that anything doesn’t hinder or obscure my reality or reality of my environment and times. There is absolutely no way that poetry, for me, can promenade in luxury of mumbling whilst humanity is at stake. It is from this angle W.B. Yeast can get my nod in his rejection of the aestheticism of ‘art for art’s sake,’ as he argues that literature must be the expression of conviction.

The poet’s voice was, indeed, always able to come out strongest when things seemed to go wrong. At this age whereby poetry in most parts of the world is under pressure of justifying its importance and relevance, in South Africa it is clear that poetry has been, and continues to be the soul of the nation. Needless to say, poetry ignorant to its reality is not only corruption of feelings, rather an indecent assault to the craft itself. No matter how much duende one’s poetry has, if its conviction fails to finger the heart and convince us that it belongs to our time even though what it tells is really old; such can be deemed a blatant waste of trees and ink. Solid poetry is never a prey of demons of time; it is the evergreen smile of the sun.

No theme is unpoetic. Furthermore, there are times when one cannot afford to be apolitical. In spite of the self-appointed poetry gurus’s rigid and crude monolithic views, poetry remains the uncontainable, the untameable, and the ungovernable at its best. Poetry rationalizes the irrational, proving that scientists and philosophers have their own limitations. And that language is technically incapable to break down abstract emotions to explain how, for instance, one joy differs from the other. Most importantly, it publicly strips rules, exposes their incapability to rule themselves.

Judging a poem on the basis of its message or theme perfectly exposes the judge’s lack of poetic backbone. Poetry is not limited to words or message. At his best the poet is a jazzman, he makes wordless sound carry and convey dense feelings no raw language could. Poetry, at its best, proves that if a picture tells a million words, then a poem portrays a million pictures. A rounded poet treats words like they were melody, colour, shape and movement – which they are, if you think poetically. Poetry can be about anything and everything, including socio-political aspects of life. Poetry does not even have to be an intellectual pursuit, albeit it shapes intellectuality. Sometimes good poetry can be a masterpiece of nonsense, such that in its topsy-turvy world the craziest things might seem ordinary, and the most common thing might seem out of place.

When Ezra Pound referred to poetry as ‘news that stays news,’ he surely did not mean sheer reporting. A poet’s main obligation, if I may call it, is to write. Write poetry which will, without any form of censorship or favour, look at the storm of our time straight in the eye and say: I too can, with my soulful tunes, command clouds to gather, agitate the Atlantic with wind of conviction to whirl and swirl you apart.

Writing poetry on socio-political issues does not necessarily suggest that one should surrender to the entanglement of the political octopus. Party politics can, and has tamed many poets with red tapes of political correctness. Many poets were forced by party affiliation to trade-in their conviction for a slice of bread, encaging their lips to speak only in parables, ululating and exulting when kings and queens fart in the face of the nation.

Government should know that the censoring of the outspoken and radical does not only paints wrong picture about the state of poetry in the country, but it idolizes mediocre with monopoly of imbongis and ungrounded poets who in turn become models to unexposed aspiring poets. Promotion of arts, culture and heritage, as Eduardo Galeano puts it, should not take place in a limbo of pretentiousness, peripheral to the real social and political problems. Truth hurts. But truth heals. A true leader will have courage to face it still.

Conservativeness of a poet is tantamount to silence. As I page through one of the most radical and poetic holy books, I noticed that albeit poetry is not religion but it shapes it too. What would the world be if all poets were to decide to keep quiet? Luke (19: 40) swiftly responds: If they keep quiet, the stones will cry out. The South African poet, in conclusion, should reassert his position within the society, pay urgent attention to the new and drastic reality of the country’s socio-political milieu and other realities of our times. Poetry is an all-weapons-in-one. Whether the poet choses to use it as a rubber bullet or as a missile, he has to borne in mind that the majority of his compatriots are not privileged with such weapon. He need to whisper in Nelson Mandela’s ear that: 20 years into the democratic republic, apartheid continues to live with us in the leaking roofs and corrugated walls of shacks; in the bulging stomachs of hungry children; in the darkness of homes without electricity; and in the heavy palls of dirty water that rural women carry for long distance to cook and quench their thirst.