He was the real thing all right 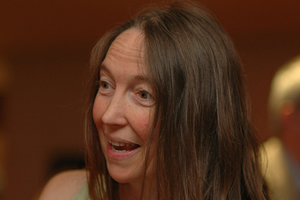 from ‘Caedmon’ by Seamus Heaney

It is with deep regret that we mourn the loss of Seamus Heaney, the Nobel-winning Irish poet who died in August 2013. He had been accepted as a moral anchor both in Ireland and internationally. He had befriended writers like Joseph Brodsky, Czeslaw Milosz and Robert Lowell to mention but a few.

As far as Ireland was concerned, Seamus Heaney, until his illness in 2011, was tireless in giving public readings and visiting festivals and literary events, and encouraging the work of younger writers. This ensured that a crowd of people was always present to hear him.

His poetry was doing what poetry ought to do – to reach and elevate people out of their ordinary, and into the achievable, the visionary.

His poetry had its inception very early in his life when he lived on a farm in Derry. What he observed and what he lived, informed his work time and time again: the rituals, the strictures, the cadences entered the language of his poetry in a completely organic way.

The poems are about what matters while you are alive on the earth – not an eclectic and unreachable thing, but the concerns of many people, real people, and Heaney voiced the truth for them. This truth was not severed and parochial, it was universal.

We must guard against the opportunist, the charlatan, the practitioner of fraudulent manoeuvres, filling the void left by Seamus Heaney’s death. We must, I feel, read and enjoy and ponder what has already been written and not allow something which is inferior, unethical, cynical, derivative and ultimately a force for destruction – to enter the arena as if it is better than everything that came before.

The Charcoal Burners Of Melidoni, Crete

Their days porous and smudged,
the charcoal burners never leave
the piles of ancient olive wood
stacked in ritual mounds.

Sculptors of the untouched,
the unseen, their eyes stare
as though the smothered burning happens
in their skulls. They read the sweet reek

of smoke, ease air holes through ash,
careful as singers controlling their breathing.
And you can’t stay long
near their smoke-blackened skins

in that carbonised silence,
and you won’t be there
when they finish this liturgy of charring;
when they solemnly uncover

charcoal –all the shape of aftermath,
like everything you’re not allowed to say
come back to light
for a second chance at burning.

The colossal painted horse of his childhood,
salvaged from the saddlery in Temuco,
scavenged across forty-five years.

Reminding him of salted corn, steaming in the hand,
its plaster joints, its dolls’ eyes
ready for any journey back to himself

The once unattainable horse surrounded with real hay
in the house loud with childlessness
which only knew him old,

its gloss brown flanks, cream fetlocks
silently stabled: Neruda’s furthest past
tethered to what never was.

Kate Newmann   was born in Co Down, Northern Ireland in 1965, where she is one of the most recognized poets of her generation. She also directs writing creative workshops and is an editor. She has published, among other books of poems: I am (With Joan Newmann, 1999); The Blind Woman in the Blue House, 2001, Belongings (With Joan Newmann, 2007) and I Am A Horse, 2011.

She also published books: The Dictionary of Ulster Biography, 1993; Moving on Anthology of Poetry and Prose, 1998; and Memories of Stone, Irish Studies at the Evergreen State College, 2004.

She has received, among other awards, the Allingham Poetry Prize and the Listowel Poetry Prize.