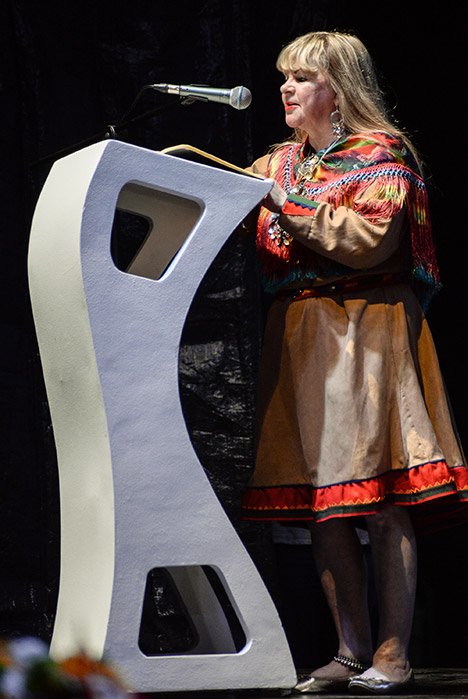 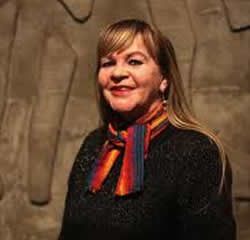 Marry A. Somby was born in Sirma, Norway, on July 31, 1953. She belongs to the Sami nation. She made her debut in 1976, when she wrote the first book for children in the Sami language. She has since published several books of poetry, written much drama and has also been an actress, painter, puppeteer and activist in defense of the Sami people. For a time she lived in North and South America. In 1979 she founded the Sami Writers Association, which inspired many artists to build their own organizations.

Dressed in a wedding gown
of netted sinews
and spider's web
I step
into your canoe
waiting
at the clouds' edge
your coal-dark eyes flash
you push me from the shore
alone, I travel
far, far
to what which is not