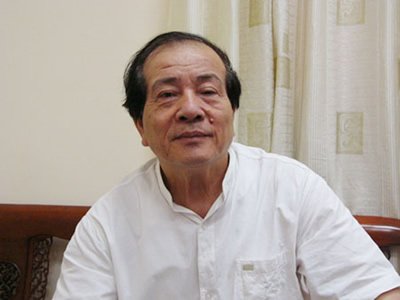 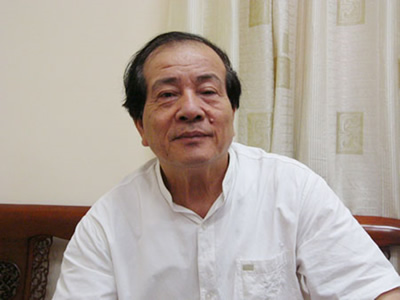 He owns nothing, not even a blade of grass
Though the hills are wide, not even a small plot of earth,
Yet my brother belongs to the land and sky of Phan Thiet.

It was here he first saw the sea,
Through an opening in a bunker
After days of climbing—
The ocean immense, the bunker so narrow
A sand shower whitened his shoulders at the slightest motion.

The stench of gunpowder and sweat in that place,
The uncontrollable beating of his heart,
The intense moist wind,
The sea rocking as anxiously as a ship about to leave.

Stars shining in the deep night
Cut trails towards the water,
The soldiers groping through hills by their light that December,
My brother among them,
Ocean rushing forward, embracing all,
And love for the sea made them careless—
He died in bombs raining down
Only inches from the water.

Here you are elder brother, though I'd been looking
Elsewhere, hope motivating me to scale the slopes
in Tan Canh,
Sa Thay,
Dac Pet,
Dac To.

I've had the fevers you had,
Soaked in the same jungle rain you soaked in,
But never imagined an afternoon in Phan Thiet
When I would stand crying alone behind a car.

The jungle is still there, the battle ground still there.
A few more steps to reach Highway One,
Just a few more,
And yet
Nothing can change what is or what happened.
The sea is the same deep blue as when you fell.

I don't know the name of that hill,
But I know you are still standing there
Unaware the alert has long ended,
Unaware of news from home, or of your brother's face.

Not lying in a cemetery,
You live with the hill, turning green with its grass,
The blades of it have become our family's joss sticks,
And this hill is also our mother's child.

I've had to bear all other family concerns.

Car horns blare as night deepens in Phan Thiet.
Lights of the city show the way for a fisherman.
You do not sleep, and the fisherman does not sleep—
You both have nightly conversations with the sea.

In that way, Phan Thiet owns my brother.

I ask the earth: How does earth live with earth?
—We honor each other.

I ask water: How does water live with water?
—We fill each other up.

I ask the grass: How does grass live with grass?
—We weave into one another
creating horizons.

The clouds float off,
We stay behind,
The cuoc birds cry by the river docks.

They cry because the traps are dangerous.
Weeds float on the water.
I silently call out the names
Of tables, chairs, old clothing,
And suddenly my youth returns,
Looking at me in confusion,
Kites decorated like tufts of hair on a child's head
More joyful than the source of joy.
Rice crisps ballooning in the market
Cover some of the sadness.
I sit and call out the names of cards from the tam cuc game:
Chariots, artillery, horses on distant roads.
Only the cries of the cuoc birds remain.

Cuoc birds have been crying since before they were named.
My father mixed earth to pave the road.
From clay
He sculpted the kitchen god, a bowl.
The wine drinkers left one by one.
My father held up the bowl
As if holding a part of his life
Dried into clay.

The cuoc birds cry in the far away fields.

Cuoc birds have cried since the day bamboo leaves were too
young to be woven into mats.
People settled on the wet soil,
Began like brown roots,
Created everything to feed each other,
Hoping their children would one day look up with pride.
In the dark they relied on lamps,
Storm lights fueled by peanut oil,
Lights often stolen by the wind.

The cuoc birds cry in the far away fields.

They've cried since the day you learned to bow
to your mother and father.
Following the red silk thread,
You came to me in marriage.
Love with its many broken strands and retied knots.
We asked the jungle for a small bed,
Clay for a small tea pot.
Just one life, but so much struggle.
You gripped the bed, clenched the mat waiting for me.
You avoided the faces of handsome men
And waited
Hoping only that I would return.
A torn shirt still smelled good.
A small cupboard with a few pairs of chopsticks.
I thought that after the war there would be nothing but happiness,
We had waited for each other diligently.
But it's not true, my love, the cuoc birds cry otherwise.

Something makes the cuoc birds cry as though screaming.
I lost two brothers,
Both very young.
This morning two neighbors came over.
Each time after a funeral.
Everyone's soul is shriveled,
Everyone's heart mournful.
I thought there were no bad people left.
I thought no amount of kindness for one another would be enough.
But it's not true, Heaven, the cuoc birds cry otherwise.

The well laments that so many have wavering feet.
The garden laments: there are snails looking up at the sky,
After flower season the butterflies go away.
I sit, said as a torn lotus leaf.

What tortured cries from the cuoc birds at noon.

But soon as we see a smile,
We hear the cuoc birds again.

The letter I wrote you had smeared ink,
But the bamboo walls are thin, and fog kept leaking through.
On this cold mountain, I cannot sleep at night.
By morning, a reed stalk can fade.

White snow on my thin blanket.
The stove glows red for lunch, but the mountain remains hazy.
Ink freezes inside my pen--
I hold it over the glowing coals and it melts into a letter.

Blocking the wind, a tree with purple roots trembles.
Corn seeds shrivel underground.
On days when my comrades are on assignment,
I miss them, but. . .there is an extra blanket.

The cold rooster crows lazily in a hoarse voice.
We beat on the cups, the bowls, to ease the strangeness.
The mountain hides hundreds of ores in its bosom.
I try, but can’t find enough vegetables for a meal.

The rice often comes early, the letters late.
The radio is on all night to make the bunker seem less desolate.
So many years without women,
I mistake the sound of horse hooves for your footsteps.

Gathering clouds often invite me to dream;
knowing so, you keep the light glowing late.
Wishing I had some scent of soapberry
So rocks would soften, the mountains grow warm.

These poems originally appeared in  The Time Tree: Poems by Huu Thinh. Curbstone.org/

Huu Thinh  was born into a Confucian farming family in 1942 in Vinh Phue province, Vietnam. During the Vietnam-American War he served as a tank driver and later as a journalist. He lives in Hanoi where he is a member of the National Assembly of Vietnam, Editor-in-chief of Van Nghe, and General Director of the Writers' Association. He has published five books of poetry and won numerous awards for his work.