Por: Marianela Medrano
Traductor: by the author and Reggie Marra 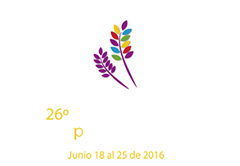 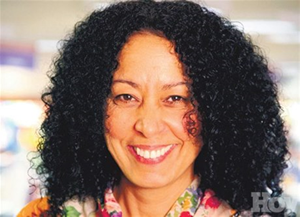 Caravans of women walk over the water
They all wear red scarves
that float like flags in the wind
Red flags waving sorrow
My eyes dive to fetch skeletons
I am a warrior—remember?
But even here high on the deck
I stand in danger of dying too
Papa Doc can turn his head and shoot me
with his black spectacles

This is how we know god.

The Parsley Massacre is also referred to as El Corte (the cutting) by Dominicans  and as Kouto-a (the knife) by Haitians. The Parsley Massacre refers to a government-sponsored genocide in October 1937, at the direct order of Dominican dictator Rafael Leonidas Trujillo who ordered the execution of the Haitian population living in the borderlands with Haiti. 20,000 Haitian civilians were killed in approximately five days.

Twenty thousand tongues curled up
at the bottom of El Masacre awaken
In imperfect rows they march toward
the Presidential Palace in Santo Domingo
El Generalísimo afraid of his own shadow
begs the moon for white light
In agony he powders his face
His biggest fear?
The fermentation of skin and bone
The sudden rise of ancestry

How do we break the curse—stop his shadow from casting dummies?
Decked in white his paws go on raping virgins
His rotten sugar cane pocks poison infested holes
on the island’s feeble body
He litters the earth
litters the earth
Or is it that unfathomable crime
fertilizes the conscience of those who have one?

Should we make stiff wax miniature figures of El General?
Minus his sad penis of course
Should we burn them on the edge of El Masacre?

Each woman he raped
each man he slit to filter hatred in
comes up from death
See the beautiful ones surfacing from the bottom of time?
Each gets plastered tightly in the heart of another

Come on down see the fantasy island
where history hums like a tamed dragon
We have this habit of carrying our dead with us
They stick to the bottom of our tongues
We sing with them from sunset to sundown
They rise from the bottom of El Masacre
We don’t bury our dead    We don’t.

From the other side
a sun bigger than the island blinds us
Shibboleth sees the fire tongue
waving like the flag of war
she knows is only the beginning
Far beyond death we find each other again
sealed in the same chamber
living because the other breathes
We are garden and earth seed and flower
gun and bullet corpse and death
The past breaks and holds us
I know Shibboleth is real when my tongue stumbles
on the block of history.

*The 1937 massacre of Haitians in the Dominican Republic came from the shibboleth instituted by dictator Rafael L. Trujillo. He instructed his soldiers to ask the people to pronounce the word perejil. The Haitians who could not roll their “rs” reveal themselves thus sealing their own fate.

Of Witches And Butterflies

And I?
I am the voice from where birds start to come out
—before I was a quiet butterfly deformed on the walls—
After that I was the dragon who sipped her own fire
—how I enjoyed the flame—
In the mirror of the hot coals I found a key
the one God forgot when he made the world
(I should say when the world made him)
Poor thing’s running around blind looking for his face

Let’s not get lost    Let’s come back to the wheel
At another point
head down assenting
I occupied a chair in the conference of the Apostles
Foreboding birds began to flutter on the ceiling
Eyes    closed
Legs    open
silence falls down among the mouths
spattering pillows of rock
I said woman
and all the faces turned
swords sank in until the cervix broke
The daughters of love came down in little pieces
the sisters
—gorgeous skulls of the brides with branches of citrus flowers—
My face turned towards this part
The nails begin to come out
oh…because I am Christ
—do you understand now the mystery of his plea on the cross?—
Father why have you abandoned me?
And he birthed me again to this pain of life
to this hunger   to this thirst that doesn’t end
this time disguised as a piano frame
The circle of the piano  the ring  the music
—the major orgy of the angels between my legs—

Come to the witch’s feast
the one who eats lizards to frighten imbeciles
ferments visionary stars for pleasure—licking her lips—
The one with strawberry mouth and sour saliva
who knows the art of death
The one who with brushstrokes of insomnia opens a route
With songs brightening the Sabbath
—feast of rains thunder and lightening
X-raying her praxis
—reinvention of the world
world of eyes that never close
of arms filling up streets
It is possible a generation of crazies
who eat butterflies syllabify hummingbirds
inventing the way to beget the sun and the moon
the integral restructuring of the universe
and in it the seed of a new being
who will survive the light.

On my father’s back, in borrowed clothes, I came to America.
— Li-Young Lee

My father lost in the streets of New Jersey
plants the memory that I now invent
It is the summer of 1969
He walks through these lines
that I unfold like a precious cloth
orders a ham and cheese sandwich
(for four years     everyday)
then
green salad:
(El Cibao’s roads where nostalgia returns)
Black coffee:
(without the melodious sugar the rest does not occur here)

What am I doing in the hidden shame of my father?
I cross Paterson’s deserted streets
holding on to his photograph

Why do I mess with the memory
my father dissolved?
Ham and cheese I was saying
Ham and cheese
(four years in a row)
Invisible
while I learned how to write my name