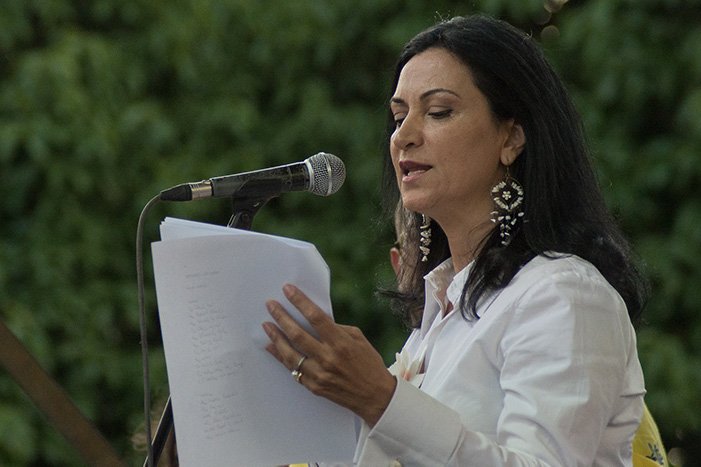 "Lay Down Your Arms"! 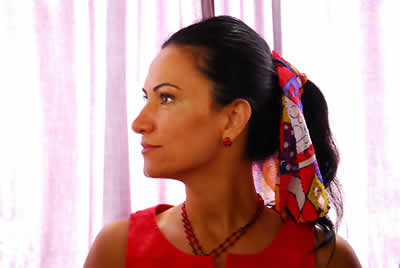 If one agrees that poetry is in general a very meaningful and powerful and appreciated part of almost all cultures, civilisations and societies, this means that poetry must have a role to play in the history of humanity and the history of the nations, as well as in the itinerary of individuals. Even the politicians and the decision-makers in all states and societies, or at least many of them, often show great appreciation for poetry and poets. Not only that, but many of these personalities also frequently use excerpts from ancient or modern poetry to endorse their ideas, opinions or points of view. Therefore, it might be said that poetry is one of the most influential arts in a variety of cultures and societies.

Guns and bombs are the weapons of wars. POETRY is a weapon of PEACE. Poetry always remains the inner human voice which opens doors for life and rejects all forms of war and destruction. Poetry was, is, and always will be a wonderful vehicle for the values and magical beauty which are able to evolve inside men and women that will of life, will of love, will of peace, against all that denies the values of both life and love. It is the will of life and love which is able to bring peace and reconciliation. Poetry and war are certainly two strong opposites, except when poetry is also a way to fight against all kinds of injustice and oppression and dictatorship. Someone who grew up in a culture which appreciates and respects poetry will not be someone who easily becomes involved in any kind of war or absurd conflict or violent acts. Such a person will not easily agree to carry weapons and kill and destroy.

When talking about the bond between Literature and Peace, and especially between Poetry and Peace, one of the first images which immediately comes to my mind is that of Alfred Nobel, the founder of the Nobel Prizes. This ingenious scientist who invented an explosive which he named 'dynamite' and which brought him a huge fortune and fame, was the same man who wrote poetry and drama and had a passion for literature, but his father was not pleased with Alfred’s interest in poetry,  and wanted him to become a chemical engineer. Nobel, who spent all his life working on scientific experiments and registered 355 patents, ended up writing in his will that “much of his fortune was to be used to give prizes to those who have done their best for humanity” in different fields, including literature and peace. He established a prize to be dedicated to "the person who shall have done the most or the best work for fraternity between nations, for the abolition or reduction of standing armies and for the holding and promotion of peace congresses".

When reading about how Alfred Nobel also dedicated prizes to peace and literature, one is struck by two facts in his biography that might have been the strongest turning points in his life, and constituted the spark which led him to dedicate part of his fortune to peace makers and peace promoters, and another part to a great body of work in literature which has often been awarded for great work in poetry.

The first fact is that some of his experiments caused accidents that killed several people, including his younger brother. The second is the lifelong friendship that Alfred Nobel established with his one-time secretary, the Austrian Bertha von Suttner , with whom he later exchanged letters for many years. She became involved and very active in the peace movement, and wrote the famous book Lay Down Your Arms.

On the one hand, there is dynamite which is a massively dangerous and destructive weapon in war. On the other hand, there are the awards for those who have done their best for humanity and for fraternity between nations. A contradictory picture but also one of the deepest messages, and a strong lesson to learn, behind which stands the potential poet Alfred Nobel!

We move from the expression above “massively dangerous and destructive weapon”, to its opposite “massively peaceful and constructive weapon”, in order to look at the role which poetry activities and festivals play in building bridges to peace. In that respect, the International Poetry Festival of Medellin seems to be a very meaningful and powerful proof that poetry is really able to bring about peace and reconciliation. The crowds of people we see every year as a huge audience during the festival readings and activities tell us indirectly about people’s aspiration for peace and serenity as expressed through their love for poetry. One can read on their enchanted faces and in their delighted eyes that kind of charming thirst for serenity, for peace, for the joie de vivre. I myself come from a land, Lebanon, which suffered decades of war, which witnessed destruction, cruelty, great loss of life and all the kinds of pain that human beings bear – cannot bear! – in war. May Colombia soon win the battle for a sustainable peace empowered also by its poets and the International Poetry Festival of Medellin which has always led a very noble fight for peace, employing poetry as its only weapon.

I believe it is worth trying, through poetry, to tame violence and hate, to convert them into a pure will of the generations to build a future on the authentic basis of prosperity and serenity, on the sacred respect for the life of all human beings everywhere and at all times. I believe that we can all start to give our children little poetry books as gifts instead of presents which are directly or indirectly symbols of war and violent conflict. I believe that we should tell our children that even toy weapons, virtual and electronic war games, or even just violent games, are in a way harmful to the global spirit of beauty in our universe.

Why not all cry, with Bertha von Suttner "Lay Down Your Arms"!
Let this be, for us as poets and through poetry, that powerful cry in the universe that
“will make the guns fall blind and deaf,
maybe even death, racing towards a baby,
will protest its action and disown itself,
noticing on the little one’s face
a smile that makes it crumble”. *

* Excerpt from Hanane Aad’s poem entitled “Hymn for a Love” from her book Pearls of the Soul Riding Virtue, published in 2005. Translation by Peter Waugh and Hanane Aad.

Hanane Aad is a Lebanese poet, journalist (Print media, radio and TV), literary critic and translator. She has lived in Vienna, Austria, since 2009.

She won the Award for Excellence in Poetry at Tudor Arghezi Literature Festival 2014 in Targu Jiu in Gorj, Romania, and she received the Award for Excellence in Foreign Poetry at the Poesis Festival of Satu Mare, Romania, in 2011. She reads her poetry almost regularly in international poetry events and festivals in Europe, Asia and Latin America. Among the worldwide festivals she took part in: Struga Poetry Nights, Macedonia, Printemps des Poètes, Bucharest, Palabra en El Mondo, Venice, Granada International Poetry Festival, Nicaragua, Luna De Locos International Poetry Festival, Pereira, Colombia. A part of her poetry has been published in many anthologies and magazines in different countries and languages, including German, French, Spanish, Dutch, Italian, Russian, Japanese, Estonian, Turkish, Hindi, Bosnian, Bulgarian and Portuguese.

Studies: Diploma of Higher Studies in Journalism and Communication from the University of Lebanon and Paris 2.

Among other distinctions: The International Award for Excellence in Journalism of the International Catholic Union of the Press in 2001; The Prize of the Lebanese Ministry of Culture in 2000.