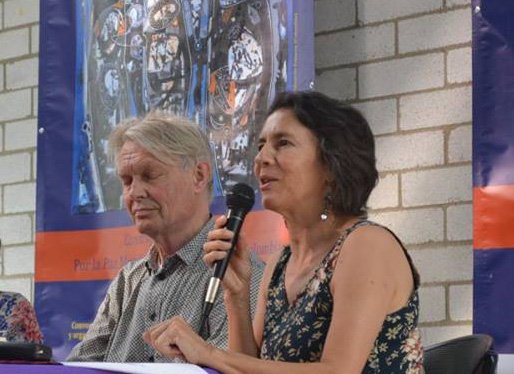 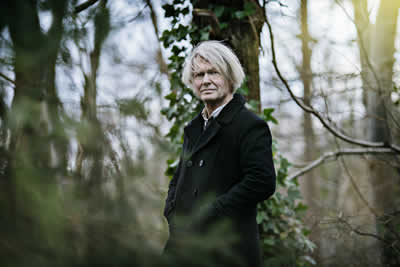 the sea
is an endless raft
of empty bottles and containers

the door open
onto the wet night

He stumbled
over an upstroke
and flopped down
into an inkwell

It was cold
and dark

It was filled
with meaningless
demands

He was a little guy
who did his best

His ship a wooden block
with a nail for its mast

He has knitted a sail
out of striped remnants

It is his sea
He will sail out there

The wind
ruffles its leaves
with rhythmic breaths

Peter Laugesen. First book, “Landskab” (Landscape”) 1967. Since then more than 60 books of poems, essays. Translated Charles Olson, Hugo Ball, Antonin Artaud, Pierre Reverdy and Swedish poet Gunnar Björling into Danish. Many dramatic works and translations, among them William Shakespeare´s “Richard the Third” and “Love´s Labour´s Lost”. Latest collection of poems “Brev til en Maler” (“Letter for a painter”), 2017. Art criticism and essays in catalogues, collaborations with musicians and painters in exhibitions or on stage. Pictorial works in public places.  Published several cd´s and lp´s. Received many prizes, among them the great prize of the Danish Academy of Literature, 1992. Since 1995 a member of the Academy.