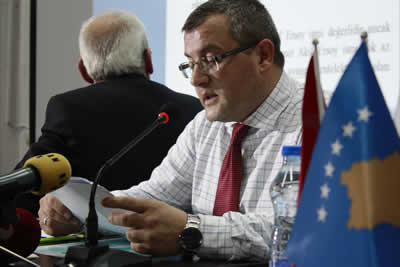 How many waxing and waning moons,
and those sickle among the stars confused.

If for others my dear you seem
the same in every season,
for me here in Gizeh street in Cairo
You are different,
different every time
as I defer your face and bow
down so you set beside the face
ff the Sphinx and walk
gracefully pampered by the smell
of Oud and in balcony drinking with a friend
Lipton black tea with some fresh mint leafs
soaked in huge ceramic mugs and roasted
cashews, pecans and macadamia
to foster hard thoughts.
Then the thin long ropey slices of carrots
and cucumbers for refreshment- while,
the air is humid although is two after midnight.

So I want to visit a lady,
on whom many words have been spread,
as she is a princess of some south Arabian tribes.

The apartment in the 12th floor,
and on that very moment
as we eat the royal dates and ice cold water
we drunk- the earthquake started.

The lady was terrified,
more than I during the wartime.
…and she said:
There was not an earthquake in Cairo
since 12 years ago, may Allah
protect us all.
Then she continued praying in Arabic.

I never knew what.

…for the lessons I’ve learned
Were severe as soul’s wounds
Never cured by any known remedy
No happiness, no smile nor a kiss
Only LOVE leaves no shade

I have time to visit sick
And heal the bruise from
The ankle of my spoiled son
Who run after blue butterflies?
In the sunset of the late spring

I have time to Love, Love, Love…
Just because I Love and
There’s nothing to be left over
Nothing but Love one may not regret

The world is getting full
with Plethora of particles
on a table I sit fully numb.

It seems in vain I have struggled
To please everyone
so to remain solely alone.

Those who were born before me and
those that are born and to be born
equally- expect my Silence.

Piles of Men bones and then… digged from the holes hidden deep in earth.
Stones and ashes with sweat of slaves you think we don’t have them today.
My hair turned grey and the vision shortened. It suffocated by bizarre images
created throughout the world and beyond. Who said and who had ever promised
us to come down on earth and enjoy our vacation, for life demands more than
I may see, more than I may feel, more than I may utter the first word of
the first language- that of Silence.

There’s another Soul evaporating on the deck and in the shore the breeze blows
odors of their smelly sweat. They watch as they wait in the queue their turn
to death entrance. That Gate open-heartedly awaits so many …a way so many
guests for their retirement. There is a vast Space beyond blissful Knowing and
the bells rang beneath the roof of the utmost Heaven.
You see. Even Death is different, not only Fate, not only Joy, not only
uninterrupted Smile- The one that demolishes every hatred. Even Love is different

in the process of your Gentle mortification.
Then ask me where is Freedom, where is the Turquoise bone of Destiny and
the days as cheap minerals overwhelming Life taken as corn seeds by chicken
and a rooster with the chirping voice who calls them and don’t allow them
to have even a grain.

…and the flowers are frozen by the snow on the April’s end- this Spring has
betrayed us all- sour are the strawberries, you think you eat cherries.

…and what else do you think we shall do when the Sun burns your shadow
until it disappears.

Who said you have a right to call me Life- when in real I’m only
a Gentle Mortification.

Some hours after dark

Three hours after dark, a strange voice life had sounded
I got birth to Love while I smiled as a mundane imbecile
after each blossoming of linden in the late spring 2014.
People use to walk over-burdened with weight of the city
in despair for the assassinated young lad who left behind
a pregnant young lady waiting for a girl.
The mother cries and the spouse too- who shall represent
them in Men assembly? – Who shall be the voice of justice?
when tonight Justitia was raped mercilessly and the king
is mourning deep from within- secluded he is licking
wounds as an old Lion. Some say he is gathering forces
for the last roaring, other say he falls in unreturned sleep.
What can I say…what can I…? –  Who once again rejoiced
Life for who knows how many Man’s years. Reading in verandah
writing sentences that are percolated from the Soul as
a freshly picked black grapes, and the vine to drink while
the right cheek is moonlighted on the last Friday, June 2014
embraced with the sounds of Eastern magical instruments
Santoor, Oud and Nay blended with the chirping voices
of the grasshoppers.

The role of poetry in building peace and reconciliation 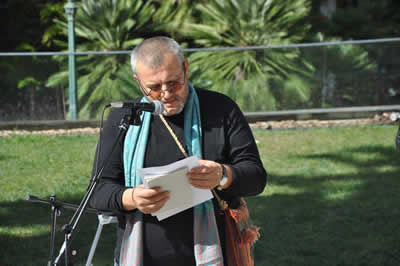 Cultivating poetry for over 30 years and being descendant of poetic family in the last 440 years I have gone through many life’s challenges and many turmoil.

The last war in Kosovo in 1999 was the most difficult experience one may survive. Despite this Poetry never let me abandon her abode and always kept cozy in her recess.

In 2005 for the fist time I went to International Poetry Events in Sarajevo, Bosnia, where I met so much incredible poets from former Yugoslav area. I met also Serbian poets from Bosnia and Serbia with who we had a lot to discuss upon. It was poetry that united us and diminished the gaps between us.

Later in 2014 I went to launch my book “The Pen” published in Serbian Language by Arhipelag publishing house. I went on reading my poems in Albanian as well as in Serbian Language thus breaking the wall of silence and created a time of reconciliation. All tribute goes to Madame Vida Ognjenovic who was Ambassador of Serbia to Copenhagen, President f Serbian Pen Center, and Mr. Gojko Bozovic the Publisher. Indeed it was not so easy to get the courage to go there since I had had the worst war experience. Many of my friends died in Kosovo, and we use to live under apartheid regime of Slobodan Milosevic before Kosovo got Independent and recognized by 114 Countries of the World.

Due to my travels to International Poetry Festivals I gained experience and got to realize better the role of Poetry in building bridges among nations, and gathering people from all corners of the World. Thus in 2014 I was awarded a Gold Medal for Poetry as Bridge to Nations from Axlepin Publishng in Philipines.

After so many things happen a group of people approached me here in Kosovo so start with International Poetry Festival. And I immediately happen to have a brilliant idea of having the festival during the Grape harvest. So our festival is Poetry and Wine, which has some key criteria that consequently none of author invited in one year shall be participant in the upcoming one and another criterion is one Country one Poet. This helped us to have more Countries of different race, color, gender, affinity, frankly speaking the poets from all continents. The fraternal atmosphere created in such gathering is all thanks to Poetry and Poetry lovers. There is no best catalyst than Poetry and Wine for getting people reconciled and share food, wine, poetry, experiences of life etc. A Serbian Poet with Kosovar Poet, a Palestinian with Israeli, a Macedonian with Greek, etc. all sitting in one table, all reading together and bringing back home their incredible experience.

Fahredin Shehu is a poet, writer, essayist and Independent Scientific Researcher in the field of World Spiritual Heritage and Sacral Esthetics.

Born in Rahovec, South East of Kosova, in 1972, he graduated at Prishtina University in Oriental Studies. Passionate of Calligraphy, he actively works on discovering new mediums and techniques for this specific form of plastic art. Certified expert in Adult learning/ Capacity Building, Training delivery, Coaching and Mentoring, Facilitating etc.

He edited the Anthology World Healing World Peace- Inner Child Press- USA 2014, an Anthology of contemporary Kosovo Poetry in Turkish Language, 2016. He is also author of the novel, “The Honeycomb”- Authors edition, 2013, which is structured in 8 angels through 8 human occupations as an accomplishment of Bee honeycomb, making reader the ninth one, referring to symbolism of Enneagram that is for the first time in Albanian language explained through this novel.

Fahredin Shehu is the Poet Laureate of Gold Medal for Poetry as bridge to Nations, Axlepin Publishing-Philippines, being selected among many world excellent poets, writers, photographers and painters that contributed for making World a better place, 2014.

He is Founder and Director of International Poetry Festival, Poetry and wine in Kosovo.