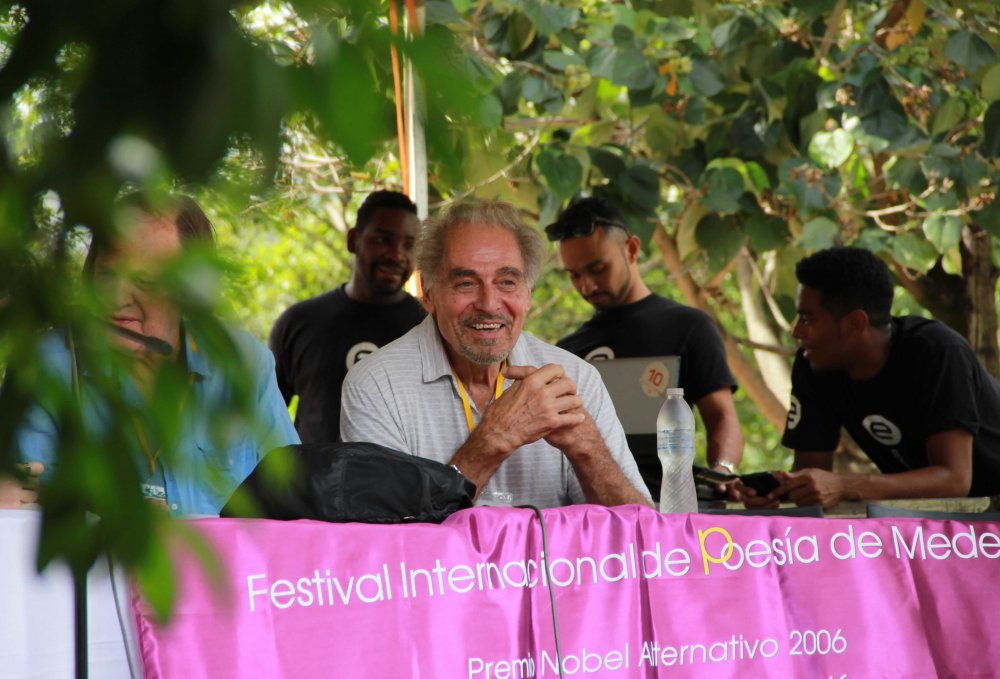 The ancient Romans called a ‘poet’ a vates, which is to say, a ‘priest’ or shaman, as in the Vatican, named originally for the hill of oracular shamans in Rome even before it became the home of the Popes. Its most basic etymology relates the vates to the ‘voice’ or vox of the speaker, traceable back to the Sanskrit vad, ‘go forth’ and vat, ‘arouse spiritually.’ The poet was a soothsayer, a teller of truth. What the voice of the spiritually inspired vates vocalized was clairvoyant, the world, what had been in the past, what now existed, and what would yet come to be in the future, spoken in advance as a prophet. ‘What was said’ or the Latin fata was Fate, the immutable truth of the universe, as it must ever be, even if yet unknown to the audience who heard the voice.

The ancient Greeks called the poet a ‘singer,’ an aoidós, as did the Romans, for whom the word was cantor. Both languages agreed that the utterance was a ‘song,’ a carmen in Latin or an ‘ode’ in Greek. The song had the power to call the world that was voiced by the vates into being as an incantation.

The song was inspired, not something of the singer’s invention. It resided in another dimension and only passed into this realm of reality through the poet as mediator. The Greeks called a ‘priest’ a mántis, cognate with ‘mantic’ and ‘mania,’ descriptive of an enraptured madness. Poets like the priests were possessed, not in their proper wits, but in a state of ecstasy or shamanic rapture. They were the instrument through whose voice truth from another dimension found utterance. The poets heard it as the voice of deities, personified as the Muses, cognate with ‘music,’ and named for their passionate ‘yearning,’ or among the Romans simply as the ‘Singers’ or Carmenae. The two great poems that have come down to us ascribed to the authorship of Homer begin similarly with an invocation to deity to speak in him and through his voice:

The deities were counted the daughters of Memory, not only of things past — for poets could remember events back to the very beginning of time — but in a more mystical sense, memories of things once seen, but forgotten, and when seen again, recognized as familiar truths already resident in the hearer’s soul. It was the future evolving as something already past, an enthralling revelation that the actions of the present mediate with the past in negotiating the terms of what has already passed into future times.

The Greeks also called the poet a ‘maker or creator’ as the poietés, a word that the Romans also embraced, the poëta, a ‘poet,’ the common word today. What the chanting voice of the inspired, ecstatic, divinely possessed vates priest created was the world, enchantment, the conjuring of things into reality.
As the inspired mystical gospel of John proclaimed: “In the beginning was the word. Without it spoken, nothing was made which was made.” Naming conjures into being: “Let there be Light. And there was Light.” Then all the creatures of creation were called into being simply by ascribing words to them, giving them names.

This is the power of the poet — to see beyond the appearance of things:

I caught this morning morning’s minion, king-
dom of daylight’s dauphin, dapple-dawn-drawn Falcon, in his riding
Of the rolling level underneath him stead air

This is Hopkin’s description of the epiphany of Deity, caught in the mastery of a flacon’s flight at dawn, harbinger of the Illumination of truth:

AND the fire that breaks from thee then, a billion
Times told lovelier, more dangerous

The world is not what it seems. It is pregnant with meaning, salient. Objects do not simply exist, but they leap forth imbued with significance.

If the doors of perception were cleansed everything would appear to man as it is. Infinite.
For man has enclosed himself up, till he sees all things thro’ narrow chinks of his cavern.

The poet as shaman has access to the Garden of Creation, which resides deep and forgotten within the human soul, singing the world into existence, naming with the power of the word to make, to create. It is not a power reserved for deity,
Subdue the earth and multiply. And he gave man dominion over all the fish and birds and all the animals.

Nobody thought to consult the animals, or considered the finite limits of the earth’s capacity. The poet standing in that Garden of Creation, enraptured with the vision of the primordial moment, can conjure better worlds into being. Fate is just what was said. Let the word be said and the Past can conjure a new Future, enchant a better destiny for mankind. As the enigmatic Heraclitus said:

You would not if you went find the boundary of the soul, even traveling upon every road. So far a country is it, so deep is its Word.