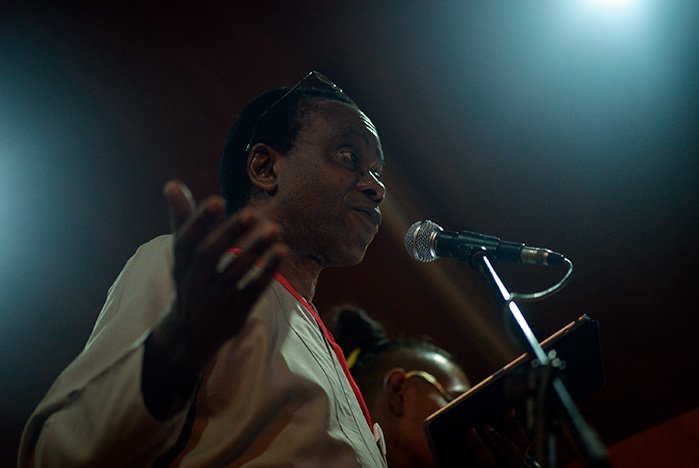 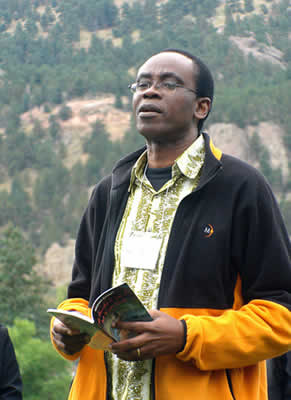 Poetry and song capture our understanding of life and provide us with platforms to express ideas that may otherwise be inexpressible. Poetry represents memory as well as vision. It is the chant as well as the wail. It could come as joyous and exuberant calls, it could also come as a dirge marking the crossing of the slim line between here and there, between life on this plane and life across the river. The poet could be a story teller, the griot, or the prophet. With eyes closed she sees worlds that open-eyed folks are unable to comprehend.

In sum, poetry is an expression of life. Poetry played a central role in the precolonial African community. It still does. However, poetry in the form of song is the dominant format in contemporary society. Dreams are woven and conveyed through poetry. Defiance and censure equally find potent expression in the medium. In other words, poetry can be subversive and rallying cry for change.

As a poet, I have noticed a progression in my relationship between my thoughts, experiences and words.  As a young poet, I was drawn to the humour found in rhymes, limericks and the like. Poetry provided an escape route in my struggles to understand the murky terrain of life. It should be said that I grew up in at a time when my country and continent faced serious political struggles. In the mid 1960s my country was embroiled in the Nigeria-Biafra civil war. As a child I was witness to brutality and suffered displacement and the indignities of being a refugee in my own country. Thereafter, the struggle for independence in other parts of Africa utterly radicalised by sensibilities. As all these were going on, Nigeria suffered years of military dictatorship. Add to these, the economic violence visited on Africa by international financial institutions left deep questions. How do you say no in thunder? – to use a phrase from one of the poems the poet Christopher Okigbo (16 August 1932 – 1967). Okigbo died fighting for the Biafran cause.

I am a son of the soil of the Niger Delta, a region characterized as one of the most polluted places on Earth. Defending and restoring: these are the two key ecological pegs on which the future of this region hangs. Life in the Niger Delta is generally tough and short, with life expectancy stading at 41 years and rating as the lowest in Nigeria. This brevity of breath could be adduced as fuel for art to be directed at action and not merely for pleasure.

The striking of oil in commercial quantities in 1956 and the commencement of extraction at Oloibiri in today’s Bayelsa State in 1958 marked a turning point for the region and the nation. It also marked the beginning of a deep existential struggles.

Aging oil infrastructure and a loosely regulated business environment turned the dream of progress and positive transformation into a nightmare. It has been decades of unending oil spills, gas flaring and dumping of produced water and assorted toxic wastes into the previously pristine environment. The Niger Delta is an environment crying for a Sabbath of rest.

Writing in an essay titled Nature and environmentalism of the poor: eco-poetry from the Niger Delta region of Nigeria (1), Sule Emmanuel Egya stated, “What is increasingly known as Niger Deltan poetry is a poetry that distinctly identifies itself with the peoples and environment of the Niger Delta region of Nigeria. The poetry of Gabriel Okara, Christian Otobotekere, Tanure Ojaide, Ogaga Ifowodo, …, Ebi Yeibo and others seeks to draw attention to the fate of both humans and non-humans in the face of oil exploration and its negative consequences in the region. The ecocritical imagination informing this poetry is two-pronged: a celebration of the flora and fauna of the region before the advent of exploration, and a combative engagement with institutional powers responsible for destroying the rich environment.” A celebration and a combat, that is an apt summation of the poetry from the despoiled region.

With pollution levels best described as ecocide, the warning words of Ken Saro-Wiwa, in one of the poems he wrote a few months before his execution, ring true:

Ken Saro-Wiwa was a consummate poet, essayist, playwright and novelist. He led the Movement for the survival of the Ogoni People (MOSOP) in the epic struggles to halt the despoliation of the Ogoni environment. On 10 November 1995, he and eight Ogoni patriots were martyred following a sham trial on trumped up charges. The literature of the region drips with blood.

The path of crude oil development has indeed been strewn with skeletons and soaked in human blood across the world. The ongoing case in Nigeria is a glaring example. The case of Angola is still fresh in memory. In 1999, as the first barrels of crude oil were shipped from Sudan, so did the war between government forces and those of the Sudanese People’s Liberation Army escalate. When we turn our eyes to the Middle East we see the raw situation of war waged for profit and resource appropriation and control. (3) If this scenario should blossom unchecked, what we experience today will end up being nothing more than a whimper. There appears to be a direct correlation between oil and violence of various kinds. This is glaringly evidenced.

Rather than dull the imagination of artistes, the ecological challenges of the Niger Delta have given birth to significant levels of creativity, often in the mode of oppositional artistic expressions. This could be taken as expected as it is impossible to be silent in the face of atrocious despoliation and exploitation. The burst of outputs in the form of poetry, fiction, song, movies, painting and sculpture attest to this. Works that readily come to mind include those of activist-artists and academics. Besides the pioneers, important poetic calls have come from poets, Tanure Ojaide, Ogaga Ifowodo, Nduka Otiono, Ibiwari Ikiriko, Ebi Yeibo and many others.

Ogaga Ifowodo in his poem, ‘The Deluge’ writes about the Moments lived upon heartbeats of the Delta” uses the images of “liquid gold” to capture the state of the environment and the loss of livelihoods, “…rivers part into oil and water/segregating stream-flow to farm neither fish nor drink.” His collection, The Oil Lamp, has a telling photo of women processing cassava in the heat of a deadly gas flare. Take the short word on Ifowodo’s collection by Ike Okonta, a writer of note, in his own right:

Oil is my curse, oil is our doom. Where are my children? Where is my husband? Ashes and bones, ashes and bones.

“So sings a 90-year-old widow whose husband fell off an oilrig and drowned. The unending carnage in the poet’s native Niger Delta provides a frame with which Ogaga Ifowodo seeks to mine meaning out of the patently absurd. The poems here are fragments out of the deluge. Born of complex and diverse registers, they speak with a voice that is robustly universal yet rooted in local lore. The public idiom of Udje performance poetry sits comfortably with a private and intimate rhetoric to generate a tension that is resolved in a muscular, fighting poetry that startles with lyric tenderness.”

Poetry, a condensed expression of reality closely evokes the power of the song as a means of cultural communication in the Niger Delta. It allows writer and reader to travel together in a journey of discovery as the architecture of pain and anguish is sculpted. Most of the poets in this region have as their base the obnoxious exploitation of natural resources in the region. The write of environmental pollution and also the pains, deaths and sorrow suffered by the peoples. With a few words, they capture the corporate capture of the state and the reign of capital over life.

Without doubt, artistic expressions are products of the interactions of the artiste with his or her physical environment. J. Ushie in an essay titled “Challenges of the Creative Writer in the Niger Delta put it this way:

Poetry captures the hopes and dreams of a people. It outlines realities and imaginations. In our contexts, poetry breaks out at birth, at marriage ceremonies and at passage rights of those going ahead before us. It is the punctuation marks of life and also the oil that rolls the wheels of life. Thus, whether at moments of joyful tears and those of angry ones; whether at moments of sorrow and blood, praise or dirges at festivals of funerals, poetry is life. From my experience, poetry is the bridge that aids the communication of the soul and the spirit. In a context of injustice and ruinous communities, poetry is inescapably revolutionary. It demands of the poet to take sides with the oppressed and help all to make sense of the just pathways to a preferred future. Poetry provides the scaffold on which hope is hung.