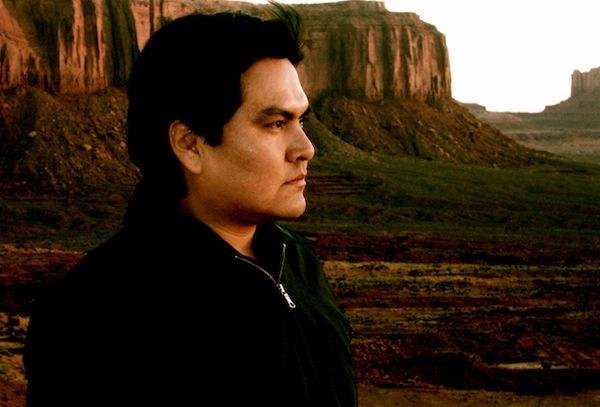 What land have you cast from the blotted-out region of your face?

What nation stung by watermarks was filmed out of extinction and brought forth resembling frost?

What offspring must jump through the eye of birth to be winked at when covered with brick sweat?

What ache piled its planks on the corner pier, now crumbles onto motionless water, sniffed at by forest smoke?

What makes this song a string of beads seized by cement cracks when the camera climbs through the basement window-winter clouds coiling through its speckled lens?

What season cannot locate an eye in the dark of the sound of the sun gyrating into red ocher after I thought you noticed my language was half wren, half pigeon and, together, we spoke a wing pattern on the wall that was raised to keep “us” out, there where “calling” became “culling”, “distance” distanced, in a mere scrape of enamel on yellow teeth?

What father woke, turned over his wife, she didn’t want to, but he pushed until the baby leapt through, now, now, now, strummed into a chorus of burn marks on ceilings where police sirens fruit magpie skulls on trees of monsoon lightning?

What, what, what –is how the song chimed in wilderness.

Hummingbirds scratch out the last tooth

from the doorknob held up as an offering to the sun.

Horses gallop toward the hive in which our fingers claw the slit:

computer light trickles in from under moist fingernails;

a twig yanked from the nervous eye of a dying bull

becomes the oar we use to sop aside our thirst;

and hoist into bed

with the bristles of the broom you write freedom with

until there is no tongue to smooth away the hairline fracture between us and them.

There is no sign of the trail leading out,

Together we climb the song’s hair,

step onto the plank

and hear birth cries erupt into a bridge of starlight

connecting the ink-soaked shores of our nameless bodies

to anchors of swans

Lifting the cloth to smear the reed invisible,

I notice spiders emerging where our hair slipped out

and leap by firelight

into the raft scribbled on pond water,

its translucent oars chiming metallic as it sinks below sea level.

The aching inserted sideways underneath the linoleum floor

for whom we have become bodies for the first time,

for whom our language stabs the fork with a spoon.

I carve this apple into a dove,

wrap it in a nest of boiling water.

I pinch your silences into soft whispers,

Pile them on your still chest-

the marrows of turtles swirling counterclockwise inside them.

I offer a dry stem,

Unfold this paper crane into a square cage.

I keep the butcher’s thumbprints here.

I sensed the knife in your past,

its sharp edge shanked from the canyon stream-

a silver trickle between the book jacket,

The waters of my clans

I fell from the white of its eyes-

our fathers had no children to name their own,

no baby’s cry to place between argument and arguments.

The commercial flashed a blue path

across the lakes of our veins,

the bluest glint, a rock in the ear

that I was reaching for the cornfield inside you,

that I was longing to outlive this compass

pointing toward my skull

gauzed inside this long terrible whisper

damp in a desert canyon,

whitewashed by the ache of fog lights

with deer running out of them.

The phone was ringing through it all.

The line was busy when I picked the ax

Sherwin Bitsui is a Diné (Navajo) from the Navajo Reservation in White Cone, Arizona. He received an AFA from the Institute of American Indian Arts Creative Writing Program. He is the author of the poetry collections Shapeshift (2003) and Flood Song (2009).

Steeped in Native American culture, mythology, and history, Bitsui’s poems reveal the tensions in the intersection of Native American and contemporary urban culture. His poems are imagistic, surreal, and rich with details of the landscape of the Southwest. Flood Song is a book-length lyric sequence that explores the traditions of Native American writing through postmodern fragment and stream of consciousness.

Bitsui has received a Whiting Writers’ Award, a grant from the Witter Bynner Foundation for Poetry, a Truman Capote Creative Writing Fellowship, and a Lannan Literary Fellowship. He teaches at the Institute of American Indian Arts.