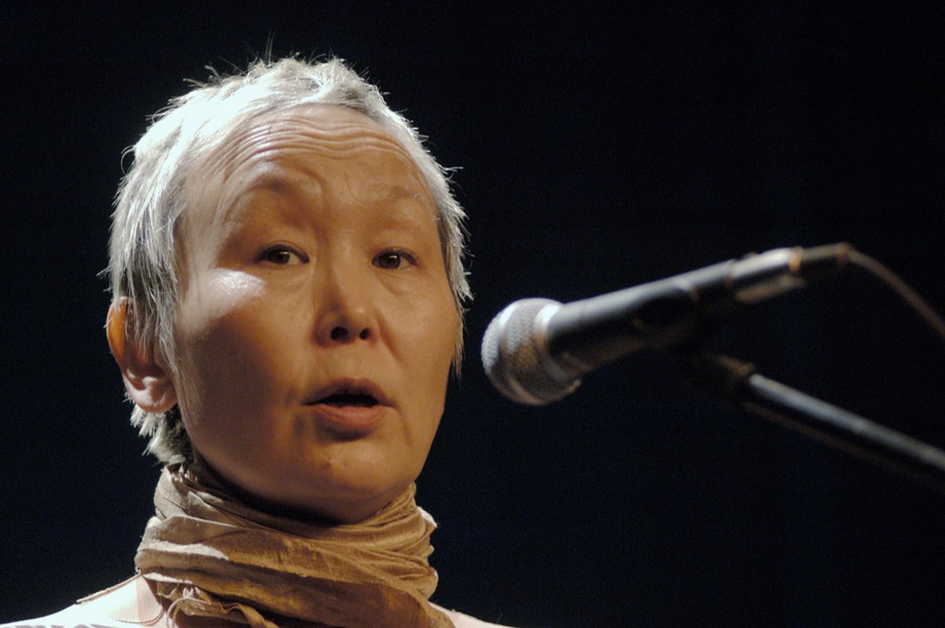 Proposed projects for the new seasons of 2005

What is a song in the original meaning of the word? It is essentially a short story, conveyed within a compact musical form. By means of a song it is possible to discern the epoch, the customs and the ways of the time that the song was created. A song is capable to carry within itself an entire historical cultural domain. It is not in vain that the saying goes: “the song is the soul of the people,” since by means of a song it is possible to convey through the words and the music not only the emotions but the sign of the time when this or that song was created.

In olden times songs were varied from evening to evening, in accordance with the conditions and the moods of the listeners who assembled together, as well as the story that the performers had to tell. Variation and improvisation always accompanied the entire process of creation of songs and lays. The best crystallized images were preserved and passed on in verbal form from generation to generation.

In creating a new conception of a concert program we aimed at preserving particularly this most basic quality of the songs – the ability to vary and to develop and improve each song separately and the entire program as a whole by means of adding improvised sections.

The basis, consisting of the musical patterns (loops) prepared in advance, rhythmic sketches in the form of grooves, had been placed into the computer. The program of this computer, in this case a laptop, pertains to the brand of a new generation of programs. Their distinction is such that it is able to teach itself and to develop itself in accordance with the input material and the set parameters.

The other parameters, which constitute the elements of the concert life program are built by utilization of sections of improvised woodwind instruments, live percussion instruments and percussive effects, hence the songs are based on a self-developing electronic program and are framed by electronic sequences. Because of this quality the compositions sound in an entirely new interpretation in each concert.

Several sketches on the theme of
"ARTISTIC FREEDOM AND MODERNITY"

The question of artistic freedom in art was always a crucial one. It turned out so historically that art works, similarly to any product of human activity, have been bought and sold. The musical market has appeared rather recently, in comparison to the history of music-making itself, but similarly to any other market it already possesses its own concisely drawn boundaries. The main musical styles define the so-called territory along which the boundaries within the musical market are determined, falling into the categories of classical music, traditional folk music, jazz and pop music.

The achievements of modern technology allow us to utilize all existing musical styles and, simultaneously, their modified digital formats as well. Depending on the set aim and conception, lying at the basis of a musical composition, this phenomenon of unlimited possibilities, offered by the medium of electronics, starts to exert its own influence on the musical market.

The most thoughtful and clairvoyant musicians foresaw the oncoming changes back in the 60’s and 70’s and, in all possibility, pop-art presents itself as a sort of echo of these discoveries.

So what has happened? Electronic technology, having created multi-media and the internet, brought its modifications not only into the musical market but into the artistic process itself. The boundaries between style started to be erased, whereas the individuality of the author of the musical production acquired a new type of significance in this situation.

The genre of multi-media, producing a mass quality, dictates an essential necessity in revealing new, yet undiscovered talents through the author’s individuality, his creativity and personality.

What presents itself as most important in this situation and in these possibilities of hi-tech is not to lose track of oneself and, at the same time, to remain a type of artist, who is free from the old stylistic frameworks, to realize one’s fantasy into reality, utilizing all the possibilities and considering the fact that the size of the audience has become larger, due to internet and multi-media.

If in earlier times music existed only in the concert halls, nowadays, thanks to the possibilities of digital recording, it is possible to expose to it anybody, who is capable of utilizing the achievements of the internet and digital technology.

The conclusion: new technology erases the boundaries between styles in the musical market, endowing the artist with complete artistic freedom. Creation of production in one musical style transformed into creating brilliant individual personalities of artists, musicians and composers.

Sainkho Namtchylak is an experimental singer, born in 1957 in a secluded village in the south of  Tuva. She is proficient in overtone singing; her music encompasses  avant-jazz,  electronica, modern composition and Tuvan influences. In Tuva, numerous cultural influences collide: the Turkic roots and culture it shares with  Central Asian states, the  Xinjiang Uyghur Autonomous Region,  Bashkortostan  and  Tatarstan; the strong Mongolic cultural influence and traditions it shares with  Mongolia, Inner Mongolia,  Buryatia  and  Kalmykia; the cultural influences from the various Siberian nomadic ethnic groups such as  Samoyeds,  Yeniseians,  Evenks and from the  Russian Old Believers, the migrant and resettled populations from  Ukraine,  Tatarstan  and other minority groups west of the  Urals. All of these, to extents, impact on Namtchylak's voice, although the Siberian influences dominate: her thesis produced while studying voice, first at the University of  Kyzyl, then in the  Gnesins Institute in  Moscow during the 1980s focussed on Lamaistic and cult musics of minority groups across  Siberia, and her music frequently shows tendencies towards Tungus-style imitative singing.

She learned much of her traditional repertoire from her grandmother, and went on to study music at the local college, but she was denied professional qualifications. Quietly she studied the overtone singing, as well as the shamanic traditions of the region, before leaving for study further in Moscow (Tuva was, at that time, part of the U.S.S.R.). Her degree completed, she returned to Tuva where she became a member of Sayani, the Tuvan state folk ensemble, before abandoning it to return to Moscow and joining the experimental Tri-O, where her vocal talents and sense of melodic and harmonic adventure could wander freely. That first brought her to the West in 1990, although her first recorded exposure came with the Crammed Discs compilation Out of Tuva. Once the Soviet Union had collapsed, she moved to Vienna, making it her base, although she traveled widely, working in any number of shifting groups and recording a number of discs that revolved around free improvisation – not unlike Yoko Ono – as well as performing around the globe. It was definitely fringe music, although Namtchylak established herself very firmly as a fixture on that fringe. In 1997 she was the victim of an attack that left her in a coma for several weeks. Initially she thought it was some divine retribution for her creative hubris, and seemed to step back when she recorded 1998's Naked Spirit, which had new age leanings. However, by 2000 she seemed to have overcome that block, releasing Stepmother City, her most accessible work to date, where she seemed to really find her stride, mixing traditional Tuvan instruments and singing with turntables and effects, placing her in a creative firmament between Yoko and Björk, but with the je ne sais quoi of Mongolia as part of the bargain. A showcase at the WOMEX Festival in Berlin brought her to the attention of many, and in 2001 a U.S. tour was planned.