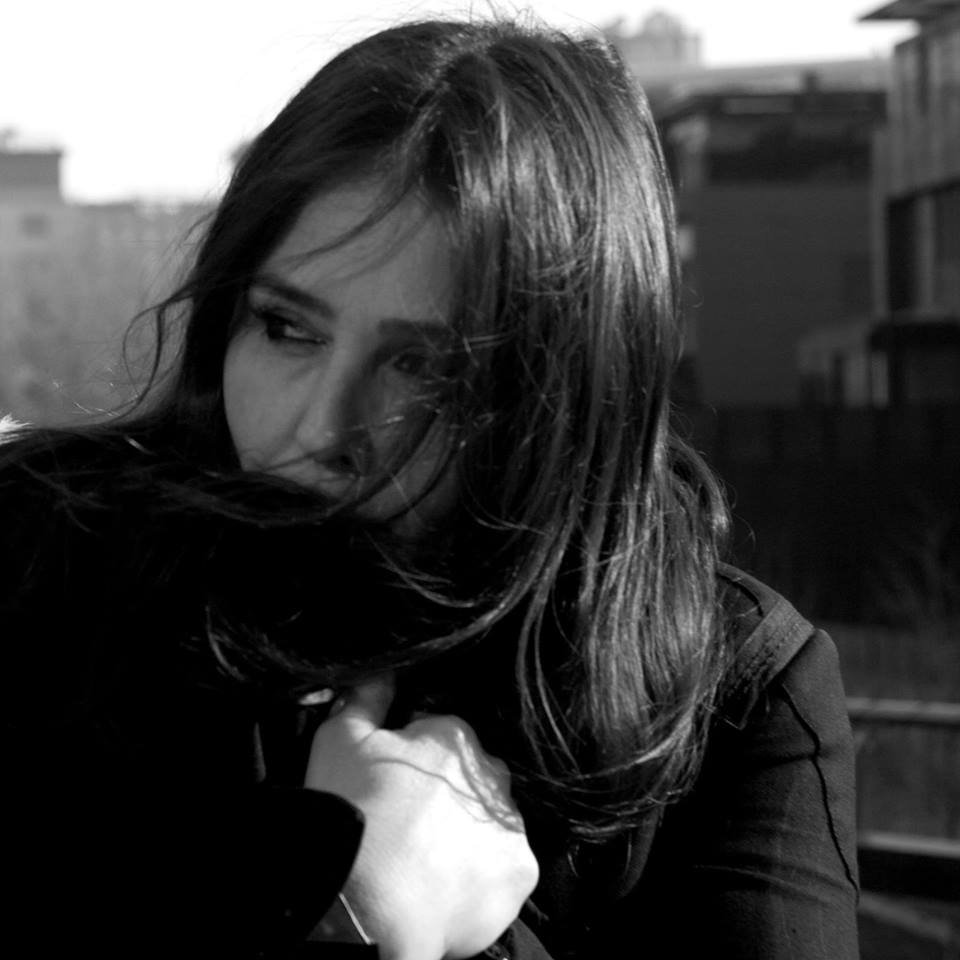 A few years ago I founded a cultural movement called Poetry and Discovery, together with Tomaso Kemeny, Angelo Tonelli and other poets. In this movement I tried to express what poetry means to me. Let's start from the name of this movement.

As Derrida says: "When a name comes it immediately says more than the name, it announces the irruption of the other of the name, generates meaning, disseminates meaning; there is an impossibility at work in the name, there is a secret in the name that remains inviolable even when we think we have revealed it, and which relates to a form of impregnability". However, I will attempt to reveal it. The act of naming is an important thing, because as the Romans said, nomen omen, the name is an omen, in which the word gives its word and keeps the promise it contains. We start from Discovery, which is a word that we liked rightaway because it opens up a vast semantic field, which contains the idea of ​​discovery, but also of moving, of dynamism, invention, detection, of reconnaissance and retrieval proper. And the discovery involves a search and thus a desire, a getting to work, which is implicit in the circumstance of discovery. Indeed, this is a word that matters very much to me because it is used in archeology, where it signifies the real discovery, that is, bringing to light something that was buried underground. The dynamic guiding line it contains thus represents this itinerant movement, and so goes on to discover symbolic places – but not only, as we shall see. This dynamism is also reflected visually in the logo with a comet that indicates the horizon of both the project and this discovery; thus a cosmic horizon, in a vertical direction from the stars to the earth, traced through poetry.

Desiring is in the root meaning of star, from sidera; however, etymologically, desire is that condition "in which the stars are absent".

"The work of the poet is to shake the sky
waiting for some fragment to fall ".

Poets have a deep, thus cosmic, desire of the stars, as witnesses to a contemporary condition not starred. Let us not forget that this century announced its arrival as a century of devastation. If we look carefully, at its inception the century is announced by events that then characterize its development: between 1909 and 1911 Cubism and Futurism are born, and are prophetic of what the century will develop: machines, technological progress and also inquiry into the category of time, which kept the whole of the twentieth century busy. The new millennium was announced in 2001 with the fall of the Twin Towers as a century of devastation and destruction, and this devastation continues and is daily staged before our eyes; we are bombarded with media images, which are mediated and re-mediated, and anaesthetize us to terror.

So we come to the word Poetry; if we borrow a phrase from Eliot on the occupation of the saint, he says that "the saint’s occupation is to grasp the point of intersection of the timeless with time". I think this phrase can also describe the occupation of the poet. If we look at the etymology of “mystical” in the ancient world, "μυστικόσ", "relating to the mysteries", a derivation of μύστησ «initiated into the mysteries», derives from an interesting verb that in turn derives from the verb muéo, "ushering into the mysteries", a verbal form that comes from “myo”, whose meaning is “I close my eyes”. Initiation into the ancient mysteries was a feast of entry into darkness. The mysteries are the depiction of a journey: closing his eyes the initiate opens himself to an elsewhere. Pindar says in some verses: "what awaits the initiate is a vision". Initiation to the mysteries, to the sacred, implies a vision and poetry also implies a vision. The poet, too, is one who sees what others have under their eyes but do not see or cannot describe; in a certain sense he grasps the invisible, he has an open look on an elsewhere. For the poet the invisible becomes visible, as happens to the mystic. The synthesis of art according to this logic would thus become “I close my eyes to see”. The poets, therefore, like the mystics, are witnesses of the invisible, and this vision is also prophecy and divination. On the subject of prophecy in art, Marinetti said: "art is for us inseparable from life: it becomes art-action, and as such is only capable of a prophetic and divining force". Now, the invisible upsets common sense because it is not measurable; reality is characterized by its being measurable: as Bergson says, "we prefer particles to myths – the measurable – because the human intellect is at ease among inanimate objects, especially among solids, where our action finds its fulcrum."

Thus, returning to poetry, the poet catches the intersection point of the timeless with time, the ultimate tension of poetry is the eternal, poetry is the link with the sacred. In short, I believe in the thaumaturgic value of poetry, and in the shamanic power of the poetic word, which becomes an instrument for inner transformation. Poetry creates moments of immanence of the sacred through, it is an actualization of the sacred, of a desacralized world, in a mythical now – as in the poetic actions of the Poetry and Discovery movement. Poetic actions that aim to take poetry everywhere, to places where there is no poetry. In stations, hospitals, squares, in front of Italian government headquarters or under the statue of Giordano Bruno. Or in front of the Milan Stock Exchange. Poetic actions of active spiritual resistance, in which poetry becomes a witness to and weapon of social, political and cultural events, a weapon of protest for the affirmation of human civil rights. As in the action "Poetic Affairs", in front of the "Milan Stock Exchange", where fifty poets read poems of protest against the god of money and the logic of profit that orders all things.

The “bag”, or “bourse”, a symbolic space thus defined – as a symbol of the financial market and the economic system – was conquered for two hours by poets who with the beauty of the poetic word and its energy subverted the semantic order of that space bringing poetry as a gift. We might say, "enchanting" that space and time! This is an overturning of the coordinates which only poetry can accomplish with its magical and transformative energy. In this action, the idea of ​​the gift was celebrated: freed from the logic of business and economics, on the contrary it becomes a possibility of the impossible. In times when man is alienated from himself and from others, when time is marked by technology, the gift is imagined as an avant-garde form of sharing, of our ability to offer both ourselves and our time. And we believe that this is a revolution in thought. Only poetry can accomplish this, as a word of revelation.

You could ask me: where does poetry’s transformative energy come from? My idea is that it comes from this relationship that poetry entertains with the invisible, which also involves the nature of the relationship poetry has with time. For, while time transforms man and subjects him to the metamorphoses we are aware of – as Horace says, "the years dissolve and flee away betraying us and pity will not be able to delay wrinkles and looming old age and indomitable death" – poetry is able to transform time, to suspend it in moments in which it plunders eternity and unties the shoes of reality.

As the poet Cvetaeva says in her book Поэт и Время, The Poet and Time, "time always runs, it runs only because it runs, it runs to run but does not run anywhere"; Here it is as if poetry could guide it, direct it to hit the target of eternity. When the poem arrives a short circuit takes place in which time becomes absent. The poem is then able to stop time in another sense: it is able to pass on our affections and preserve memory, and thus oppose time’s destructive force. As Horace again tells us: "I have completed a monumental work which is more enduring than bronze and higher than the royal mass of the pyramids, which will be destroyed neither by corroding rain, nor by the impetuous kite or the infinite series of years and the flight of the centuries. I will not completely die and most of me will avoid death: I will continue to grow ever fresh in the praise of posterity ".

So it is this double relationship with time and the sacred that makes poetry the instrument of awareness and transformation, able to make us veer away from the vertical fall inside the system we have been conscripted into, transported as we are by mass and the event horizon, so that we may change the trajectory in a clinamen of our own. And this turn, this clinamen we wish to inspire, is visually represented by the comet of the oblique logo.
In conclusion, I think that the present-day crisis which man is experiencing can be summed up in one sentence: man today is an orphan of his myth, of his arche, his origin, of the founding myth, for this was founded in him.

It is a geometric problem: man has moved away from his acorn, from his daimon, from its mythical core, distracted by objects and identifying with them. This acorn, as Hillman calls it, is not implanted in us as an external object – we are implanted in the myth, of which the acorn is only our small, measureless portion, whose nature is archaic; and the archaic, as Agamben says, "always has a secret appointment with the present ".

Poetry can bring to light this mythical land which life promises us,
buried inside man by the banal incidence of the real,
in an archaeological excavation into the sedimentations of his soul.
Poetry is the powerful tool of discovery.

I'm completing a book on my archaeological memories: “Lezioni di immortalità” (Lessons of Immortality). It’s my poetic vision of my work in archaeology. The book will be published next September by Mondadori.

Indeed, poetry is everywhere, but the poet has the vision to extract it; as Plato says in the Ion, the poet has arrived in the prophet or the sibyl.

I conclude with an aphorism:

To ask what is poetry is to ask whether Penelope’s cloth was spun front to back or back to front.

Flaminia Cruciani Born in Rome, graduated from Rome’s Sapienza University with a thesis on “Archeology and History in the Ancient Near East”. She then went on to receive a Research Doctorate in “Oriental Archeology” from the same University.”For many years she took part in the yearly digs conducted at Ebla, in Syria, as a member of the “Italian Archeological Mission at Ebla”.She went on to study for a second degree, this time in history of art.She has also specialized in Analogical Disciplines. In 2008 Cruciani published Sorso di NottePotabile (A Sip of Night Water) with LietoColle. Lapidariumcame in 2015with Puntoacapo, and Semiotica del Male (The Semiotics of Evil) in 2016 with Ed. Campanotto. Her literary work has appeared in several Italian and foreign anthologies.