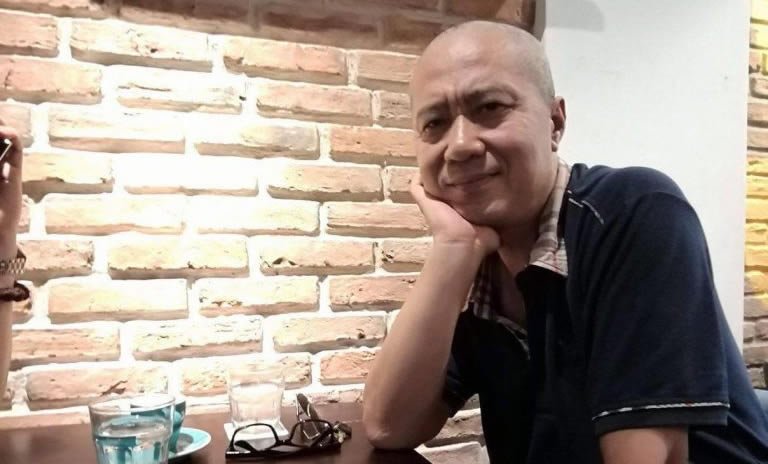 What’s poetry? That’s a question that never rises in a poet’s mind while he is writing. When the poet reads the other’s poetry, neither do that question. But whenever the poet has the feeling down, that question may appear, somewhere in his mind.

That’s my mind. As a man writing, reading poetry, and been educated in the Eastern traditional ways, both culture and religion, I think poet, as it calls, is just a word. A poem is a crowd of words in some order that is trying to tell us something, both in and out this world.

In the Eastern cultures, languages, words… or something else like that… always have two sides of meaning. That’s something like day and night, tides down and up, waves coming to seaside and running away… Due to two sides of meaning, the Eastern writers do not like to use many words in poetry. Typical as Japanese haiku… One poem has just seventeen sounds in some words. And I love it. I have been writing many poems like that, and they are really ‘’too short’’ and It’s really difficult to translate them into the Western languages.

I love Buddha’s teachings. I always see the world as a whole in the way of Buddha’s finger. So, I think a poem is like a window. A poet made a ‘’window’’ like a carpenter or a builder… Through the ‘’window’’, the readers or people hearing the words in poems sounding from someone’s mouth could have some feeling or some emotion or some understanding… It depends on each individual.

Let the universe around us speak out and then sing up, our hearts will be in harmony… That’s poetry.