Poetry At The Service Of Truth And Hope 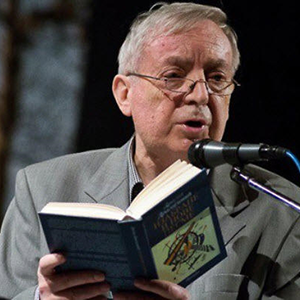 Whenever concepts such as the universe, cosmos, myths, eroticism, war, and the like are mentioned, we all refer to our own perceptions of these phenomena based on the knowledge and experience we have accumulated throughout our lives. Sometimes it all seems so clear, as if there was no need for new questions and new discoveries. However, we seldom, or never, wonder how we came into possession of all that knowledge. Let alone whether what we know, or better to say, what we think we know, is right.

The knowledge acquired in the course of regular schooling can be considered as reliable for the most part. Even that may have been questioned, especially when scientific breakthroughs repudiated previous learning. Predictably, some indisputable doctrines will be disproved in the future. By pursuing this course of thinking, we may come to question some of the tenets concerning a number of abstract concepts that were set as topics of the Festival,  which cannot be verified experimentally. It seems that the more we search for knowledge,  the more inevitably we are also confronted with doubt. In one of my poems, I said : /he who doubts, prays candidly/. Accordingly, doubt can justifiably be designated as one of the reasons for writing poetry.

Knowledge leads us to cognition or apprehension as to how little we know. Let me invoke the well-known saying that as circles of knowledge grow, so do the perimeters of our ignorance. And this leads us to the belief  that knowledge is endless and that the ultimate Secret is intangible.

Who knows how many poems were written based on the ancient conviction that the sun rises in the east and sets in the west. It is common knowledge nowadays that the sun does not move as it was once believed, but that the earth turns around its axis from west to east. Due to such rotation of the earth, the olden belief about the movement of the sun was formed. Nevertheless, to this day, it has not dissuaded poets from moving the sun across the sky from the east westwards. And a poet I know speaks out that he never reads modern poetry, fearing that it could ruin his inspiration and damage his lyrics. Scientists tell us about the Big Bang and the creation of space or cosmos. And yet, no one dares to speculate about the inception of that clod of matter of such density that was able to fill the universe, containing everything known and unknown. And how this immense, terrifyingly vast space came into being, hosting a universe spreading frenetically. For how much longer, to what final limit? We dare not think where time - so important to poets - came from. Such questions are detrimental to sanity. However, they are fuel for poetry.

Would poetry still be written if all the truths were at hand? I am convinced that poetry, ever since the first verses were produced, has sought, to this day, to provide answers to the current daily life issues, to be a source of hope, solace  and optimism, to unravel destiny and remain in quest of the Secret. Compared with science it may seem powerless, inasmuch as it can bear the resemblance of Don Quixote.  For, unlike science, it has no laboratories or technology at its disposal. All it will ever need is merely a poet and words. And in the beginning was the Word.

Just as myths sprang from the need to explain life and make it easier, to label mysterious  forces with human concepts and translate them into reality, and into hope, poetry can be said to contain some of such aspirations. In time, it has moved from that sphere to dealing with commonplace manifestations of life, opening the possibility for practically everyone willing to put in some effort to be a poet.

Man has always confronted not only the unknown,  but also impotence to control the familiar phenomena, such as war. War has accompanied man since time immemorial, and not only since epics and history began being recorded. In Biblical times, “the Lord of Heaven paced before Armies “'. Even with a modest knowledge of history, we can conclude that war is an intrinsic part to human nature. Few were the wars justified by the need for spoils and looting, but rather, almost invariably, by some higher goals. In time, the rhetoric of warfare altered, but the underlying motives have remained unchanged.

It has always been known that the truth is the first victim of war. This has been brought to perfection. Today wars begin and are best justified by the media. They are the first line of attack that pierces all the defensive lines of the weaker. Also, there are agencies and lobbyists who can prove and justify everything in favour of the ones whose interests are concerned. Small nations have no chance of revealing the truth, and even less of being treated with justice. They may be treated as goods in the market.

Unfortunately, war is inseparable from human history,  as the most drastic and most cruel form of human interaction. At present, despite the progress, advancement of knowledge and the highest standard of living ever recorded in history, the fear of war is constantly on the rise. Because greed and the wish to dominate are ever-increasing, while the potential for destruction and annihilation is rising exponentially.

In the face of it all, a poet has to pledge against the war, in the belief that, somewhere in the universe, there is a force that knows the truth. That is the reason why the poet, in spite of not being a scientist and enjoying unlimited freedom with words, should be on the side of the truth, which is no simple or easy task.  He must not allow the media or politics to get hold of his pen.

It can only be beneficial if a poet believes in cosmic justice and love, as one of the supreme laws of the Creator. Be it God, Nature or Accident, it is immaterial.

What a poet needs instead of the unattainable knowledge is precisely love and a big heart. As I wrote in a poem: /Do not reveal the secret to us/ oh God,/ don’t leave us hopeless/.