What happens when nothing else can: Poetry and Spirituality 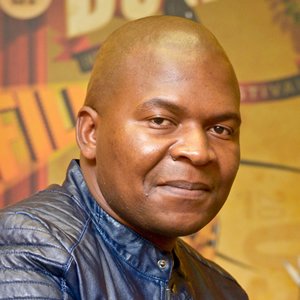 In terms of bongaka (African divination) and kereke tša semoya (Spirit-type African Initiated Churches), art is the communicative heart of religiosity, and a religious lifestyle, without which faith is neither tailored-made nor complete. Here a dance, a rhythmic clapping, drumbeat, poetry or a song can induce healing powers, a prayer and a medium in which to commune with the departed or the Supreme. About how notoriously religious are Africans, John Mbiti says religion ‘accompanies the individual from long before his birth to long after his physical death.’ In the context of South Africa, Albie Sachs says religion goes beyond being a question of faith, it is part and parcel of our culture. Those who strive to verify everything scientifically, deem spirituality not only non-penetrable, but they conclude that the phenomenon of spirituality is ‘sui generis,’ ‘delusions of grandee,’ if not ‘fairy tales.’ As if to respond to such views, Friedrich Nietzsche says, ‘those who were seen dancing were thought to be insane by those who could not hear the music.’ Surely, not all the invisible are infeasible.

Artistic compositions and creations of southern African Aboriginals, especially what Richard Katz calls, the ‘healing dance music of the Kalahari San,’ attest that religion, or spiritual belief systems, existed even prior to the missionary influx. Describing the spiritual power of oral thetotumišo, Shiko Kgomedi Lekgothoane in the 1938 edition of Bantu Studies, says when the moreti or sereti (‘praise poet’) transcends into a spiritual mode, he can walk over thorns without being impaled. Such artistic trance resonates in Garciá Federico Lorca’s 1933 discourse on the duende, ‘the utmost powerful force in art.’ This force, he says, is able to transcend a poet to a mystical world. Lorca says the duende ‘will not approach at all if he does not see the possibility of death.’ Perhaps the spirituality Lekgothoane is referring to is beyond duende, since he further claims that if poets who operate in this realm ‘were to praise God and the ancestral spirits, the rain would fall and the sick be healed.’ This links with kiba poetry chanted in the rainmaking cult of the Modjadji kingdom.

Consequently, poetry is depicted as religion, a view others reject, arguing that is only a site in which religion is asserted and embraced, if not a medium in which spirituality is communicated. African diviners accompany their dolos-throw (divinatory bones) with poetry, and prophets in spirit-type African initiated churches imbue their prophecies with poetry. Poetry and religion do mate as well as modulate each other, yet they are definitely not synonyms. George Santayana concludes, ‘poetry is called religion when it intervenes in life, and religion, when it merely supervenes upon life, is seen to be nothing but poetry.’ What is regarded as poetry is indeed a spiritual language tamed, but definitely not deity or piety in itself. A powerful language in which communication with deity is established, if not expression of piety. In the spiritual realm, poetry becomes what Lorca calls, ‘a mysterious power,’ with which one can transcend into unworldly forms of reality or the parallel universe.

It is accurate to say, as some argue, that total emancipation of Africans includes spirituality, yet that spirituality does not mean only one thing. African spirituality is not a homogenous entity, let alone practiced or expressed in monochrome. Total emancipation will, therefore, encompass African faiths in their wide diversity. Spiritual oral poetry in the medium of tradition religion has received sufficient attention, including works of eminent poets in the English trajectory such as Credo Mutwa, Mazisi Kunene, Wally Serote and Chris Mann whose works explore the African cosmological milieu. Attending the 22th edition of Festival Internacional de Poesía de Medellín in 2012, I was fortunate to have met some of poets from elsewhere who also approach poetry spiritually. Ecstatic poetic creation of kiba poetry wordsmiths such as Petrus Molelemane and Johannes Mohlala form part of the broader realm of spiritual poetry that prompts healing powers, be it physically or spiritually. Therefore, spiritually, art, literature, and African languages induce and transmit transcendence currents of spirituality.

As a storyteller myself, I learnt from the hearth storytellers that a preserved story lives beyond us the mortals, thus preservation of stories is something greater than ourselves, a privilege entrusted upon us at no cost and not only for our current indulgence, but also to be passed down to the imminent generation. In the spiritual realm, however, it is much greater than preservation, but rather revelation. Needless to emphasis, spirituality is not necessarily religion, albeit it is mostly the heart of religion. Particular poems by Mafika Gwala and Lesego Rampolokeng, for instance, meticulously depict certain subsequent events in their preciseness, something that sheer prediction would hardly do. Surely, African Renaissance does not mean wood-hewing, cattle-riding, and water-drawing. If returning to self encompasses illumination of the soul with its hybrid forms of vision that allows an eclipse of times, then that is the ‘self’ to which it worth returning.

As expressively put by Susanne Langer, art is ‘not an intellectual pursuit, but it is necessary to intellectual life; it is not religion, but grows up with religion, serves it, and in large measure determines it.’ Additionally, art is neither politics nor social commentary; albeit it truly mirrors a sober reflect of the society and its politics. African culture, I strongly believe, need no validation or justification. And worse, by anyone with limited contextual grasp, if any at all. It speaks for itself, especially its significance beyond entertainment. Contrary to a mislead and misleading notion of literature in English being more articulate than African languages, African languages were actually civilized enough, to explore African socio-politics, multiple channels of spirituality, and intellectual wealth of cultural stock.

Linguistic limitation of literary critiques charmed by the egocentric pretense of the hegemonic English, misleadingly concludes that publishing realities in Africa demands contribution in, or translation into, English. Lack of knowledge on unmatched and rare contributions, and underrated literary geniuses, in African languages is prematurely translated into absence of crème de la crème in such languages. These overlooked literary giants creatively disrupted the pioneering literary scene, shifting it from descriptive to a much reflective outlook. African languages were the capstone on which insurgent literary that defined the South African literary ambience was based. African languages, therefore, are nothing that English, or any European language, is not. The relationship between poetry and spirituality is partly explored in my doctoral study, Sepedi Oral Poetry with Reference to Kiba Traditional Dance of South Africa. I am looking forward to learning more on the subject from poets who pragmatically operates in this spiritual trajectory for which I only peep from the window. Charles Bukowski says, ‘poetry is what happens when nothing else can,’ but observing poets in spirituality, one could conclude that poetry seem to be what happens before anything else can.