The Decadence of the Human Rights Standards 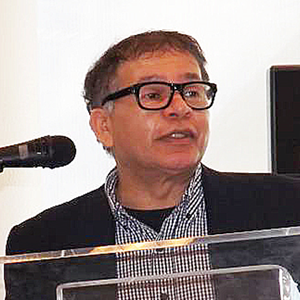 In a world of Facebook, Instagram and Snapchat, poverty no longer has a home. While some adopt the technologies of the contemporary society, others struggle to feed their children and to make ends meet and have no idea how to survive another day. In Europe, where I have lived a great part of my life, these phenomena manifest themselves more and moer. The economy grows and yet some people remain on the side and don’t share in the prosperity. The human right to have an income that ensures a roof over your head, that children can go to school, enough food to eat and a good health, is deteriorating. Years ago experts predicted that one of the issues for the new millenium will be the migration of large groups of people from one country to another or from one continent to the other. People displaced by hunger, famine or war.

Last year we saw a caravan of 3.000 Central American migrants crossing into Mexico bound to the border of the USA in search of a bright future. Or the pull of thousands of Venezuelan people who fled from hunger, the economic deterioration in their country and an oppressive regime who rather see them suffer from hunger than let them participate in the democratic process. These inhuman scenes play out in this continent of Latin America and Africa, while most governments and institutions don’t take position to tackle conflictious situations, because of the principle of non-interference in internal affairs of other countries.

Since the crisis of 2014 already 2.3 million Venezuelans have fled the country. 2.3 million refugees which managed to escape poverty and famine, is equal to half of the population of Costa Rica 4,930,258 (2017). People in Latin America and all over the world are entitled to all rights and freedom. The right to freedom of expression and the right to manifest are basic rights. A source of unrest for El Salvador is the measure that Salvadoreans under the Temporary Protected Status in the USA, nearly 200,000 Salvadoreans, should go back to their homeland with effect from september the 9th of this year. This will have consequences for the economy of El Salvador that cannot absorb such large amounts of returning migrants. They could apply for a permanent residence in the US, but with the current administration they probably will be refused.

Human rights are there to be respected and Governments should give form and content to them. Globally, we see more and more a labour market that currently employ workers for short contracts, so one must have 3 to 4 jobs to make ends meet. The rich countries forget what they once pledged according to the UN Charter, Art. 25 paragraph 1 which states that:
Everyone has the right to a standard of living adequate for the health and well-being of himself and his family, including food, clothing, housing and medical care.

The African continent once more will be confronted with famine and migration in the years to come, because of the climate change. Most poor countries suffer from hunger, poverty, drought and climate deterioration and can no longer meet the 'basic needs' for their people. The other way around, rich countries shut the borders for immigrants who can take jobs local people refuse to do.

It seems that in recent years governments haven’t live up to the treaties they signed for, because of their policy of excluding immigrants.

A recent example is the harsh measurements taken by the US government in plans to build a wall at the border with Mexico, tightening border security, issueing strict asylum procedures, quotas and broadening of deportation capabilities.

In the last 10 years in Europe right-wing parties gain more popularity and thus come to power. You see this for example in the Scandinavian countries, Italy, Great Britain and The Netherlands. For a long time the socialists parties were in power in The Netherlands, they were replaced by the liberal party VVD and the right-wing PVV- party who despices muslims.  With the failing of the integration policies and 9/11, Muslims and their Islam ideology were delibarated targeted, to start a religious war. With a right-wing government and growing sentiment in the society a bigger gap was created between native Dutch people and immigrants. Distinction was made on all levels of labour market, education, housing market and healthprofiles. There were areas with certain characteristics: poor, unemployed, homeless, poor housing, high birth-rate, prostitution, drug problems, criminality and health problems.

For years the election campaigns were focused on: less asylum seekers/refugees, closure of the borders for immigrants and security measures. With the changing political upheavals in different Arabic countries, the number of refugees increases. For migrants under family reunification, migration measurements are strict. Economic refugees aren’t aloud into the The Netherlands. They are mostly illegal aliens.

In European countries citizens with a migrant background are still being excluded from all kinds of facilities. Only a few achieved an economically solid position. Also, on the housing and labour markets, as the key to a healthy and stable development of the individual and his family, they had to be satisfied with less suitable homes and under valued jobs. The media in The Netherlands had played an important role in maintaining division in society. However, the media is adapting its position, and realizes that the big cake must be divided more fairly. One is to understand that the treaties signed by the government, brings obligations which they must comply in time. And that immigrants not only deliver a substantial contribution to the solution of problems: their Social-security, Pension system and Tax-income, but also have rights. So today, you see no longer a white person, but brown or black immigrants play a prominent role in the media, economics or socio-cultural sector. However, Europe is still on its way to a new type of democracy that promises nothing good for the future. The Forum for Democracy-party in The Netherlands will be the big contestant in local elections. The only difference between FvD and the PVV is the way they use their messenger. And it is not longer the unskilled, unemployed workers who vote for these right-wing parties, but increasingly middle class and intellectuals who have a well-paid job.

What part can we play as change-agent?

Poets and writers have the power of the word, to let our voices be heard all over the world.

As poets and writers we are change agents using words as our tool to inspire others–our readers– to undertake action. This way we carry hope it will change people’s lives as well or that it will solve social issues or planetary problems. In that sense, our words have an enormous creative energy. We can carry out our vision and opinion like a message by means of a chain around the continents.

A big step in the right direction is also to abandon our perception of dividing people into groups based on race, gender or sexual orientation. It delivers only prejudices and stereotypes on which not only run counter to the standards of the human rights treaties but also are unfair. It is our own perception to distinguish between individuals that stimulates discrimination, racism, deprivation and exclusion. We should abandon terms like and its connotations of black Africans, brown Asians/Arabs, yellow Chinese, brown Latinos or white Europeans etc. etc. We're all human beings and there is no distinction in this respect in terms of race, gender, nationality or language group. We are all equal to the Universal Law of Humanity and for the Constitution of each country. It is the conditions of exclusion in which individuals or groups live in their own or in a foreign country, that they do not have access to the sources of wealth and previously have been convicted to poverty.

We need to grow gradually into a world where peace and the right to development dominates, so that civil war and ethnic conflict belong to the past. Many of these unwanted conflicts are intended only to subsidize the military industry complex in the various countries and create new satellite states for the two superpowers. Instead, the right to work and income must be a legal norm, so that every family has the space to feed his children and has, the opportunity to offer them education to at least to high school. The economy of the future needs employees who have at least enjoyed high school education and the technological developments may no longer be suficient with an elementary school and training.

With education comes democarcy, which will enhance peace and development.

In our literary writing, at literary events and festivals we can adress these local and global societal issues. As poets & writers we can be the change-agent and focus the spotlight on topics that need attention. By questioning the situation in own country, we make it negotiable. People will than wake up to the abuses and they can call on their government for better social policies. In Italy it had its effect.

In the 21st century one should not suffer anymore of hunger and poverty. It should be a world of equal opportunities and progress. I realize that it is a process that will take a long time, before it is completed. But let us just start small and at some point there has to be a choice to be made in order to create a better balance of wealth in the world. A dialogue with the own politicians, policy makers, governments and worldleaders must be considered.

This year at the 28th International Poetry Festival of Medellín we reach a milestone, by start advocating for a better world without boundaries.

Thank you for your kind attention.