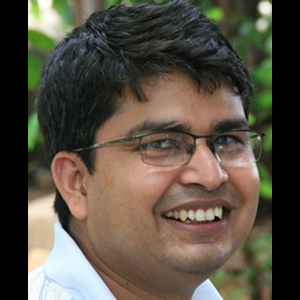 H Auden wrote in his elegy for Yeats: “Poetry makes nothing happen”. Discussing this idea, Blake Morrison in his article “How Poetry Can Make Things Happen” elaborates that for those who think in this line, “the poem is valuable insofar as it doesn’t involve itself in the real world but resides in a protected area, a safe house, a green zone. Life goes on (and bombs go off) outside the window; world events unfold on the screen. But the poem stays aloof, making sweet music and paring its fingernails” (50). This artistic autonomy is poetry’s saving grace. Free from censorship or subtler kinds of pressure, it survives “in the valley of its making where executives / Would never want to tamper”. Its goal is beauty and timelessness, not the ugly ravages of time.

Though Plato attacks poets as emotive, and hence, irrational, many of us may agree to a more subtle statement of Wordsworth describing poetry as “continuous overflow of powerful feelings.” At large poetry is agreed to be something imaginative, transcending mundane world. But politics is all about the worldly affairs. The transcendental/mundane binary to understand poetry and politics may simply disengage us from finding any inherent shared functional value underlying the two categories– poetry and politics.

Politics, in general, is disgraced as the business of lies. It will not be a surprise if anybody declines to see these two categories– poetry and politics– as mutually complementing or even if their relation is hastily build on the myth of “lies.”  In this paper my attempt is to observe, in general, the grand narrative of politics and to see if the distancing between poetry and politics serves any conscious purpose on the part of the poet. I assume that poetry writing is a politically conscious act. But a poet needs to distance oneself by transcending the material world because the real day life is full of promises and aspirations that cannot be fulfilled. The imaginative flights into a transcendental world provide both an escape and a solution to the problem for the moment.

There are two different schools on the concept of poetry. On the first are the academics or the university people who insist that poetry is not for the common people. Poetry is regarded as something sacred, as a subject to be discussed only by the educated elite. Poetry as a hobby, preference or interest, is related to what Joli Jenson calls “expertise” (349). It reminds us of the Arnoldian notion of “high culture.”

All around the world there is a common scenario that poetry is prescribed to be taught in schools, colleges and universities. It is recited in academic or sacred literary locations and printed in literary magazines like Kabita Bangla (in Bangladesh) Madhuparka and Garima (in Nepal) or Poesis (in Slovenia). In radio and televisions, poetry has a separate location in sahityik karyakram (literary programs). Daily newspaper and other weekly and fortnightly magazines allocate a special column to publish poems. Ultimately those special locations in print and electronic media turn to be the space for intellectual reader/ viewers.

The second are those who advocate that poetry is meant to serve the public. For example, Fernando Rendon in Medellin organizes poetry festivals for the public. Fernando and his poet friends around the world have initiated a poetry movement under the banner World Poetry Movement with a mission of social justice and freedom of conscience and expression. Another promising example is Darianagar Poetry Festival that poet Mohammad Nurul Huda and his team organizes in Bangladesh. The events like SAARC literary festival organized by Foundation of SAARC Writers and Literature under the patronage of Ajeet Caur that brings together poets, writers and artists from the region are contributing towards the objective of cultural connectivity and expansion of humanity at large. Poet Jidi Majia organizing literature festivals in China, or attempts like 100 Thousands Poets for Change initiated by Michael Rothenberg and his friends trying to consolidate events throughout the globe are all meant to connect poetry to the public. These are only a few examples. Such poetry and people connections are increasing worldwide.

A recent phenomenon that we observed during the April uprising of 2006 in Nepal proved that poetry could be used for the immediate purpose. The movement was political that involved the grand narratives of human rights, independence, freedom, emancipation, equality, and sovereignty. More people came into the streets of Kathmandu to listen to the songs of Rayan and Nandakrishna Joshi, and more people were provoked by the poems of Mani Kafle and Arjun Parajuli than any political leaders. Artist including poets, singers and painters played an important role in janaandolan (people’s movement) in Nepal. Poetry became more performative and functional those days. Poetry during janaandolan was loaded with political overtones and thus was the manifestation of political consciousness of the people.

What about the poetry in the academic domain that I discussed earlier? Poetry in the academic domain is mostly subject to intellectual discourse. And there are people who view poetry as dying art because it is not immediate, and is not put to the service of public. That may be one of the reasons why most publishers are reluctant to publish poetry anthologies except for academic purposes. But then what are the subject matters of such poems? Are they not related to human beings, their hopes and aspirations, their problems and failures?

As we read it, poetry has always taken up causes. Either it be RabindaraNath Tagore (from India) or Kaji Nazrul Islam (from Bangladesh) or Mahakavi Devkota (from Nepal), they have all written for social and political changes. Similarly, Thai poet Sunthorn Phu’s Phra Aphai Mani poems describe a fantastical world, where people of all races and religions live and interact together in harmony. Chinese philosopher Confucius and Laozi (Lao-tzu) have tremendously influenced poetic tradition not only in China but the entire continent. And they have always advocated the transformation of societies and people for good. In the West, Milton’s ‘Paradise Lost,’ Marvell’s ‘An Horatian Ode upon Cromwell’s Return to Ireland’ and Blake’s ‘London’ are intensely political poems. Wordsworth, Shelley and Byron all responded to revolutions abroad and upheavals at home. In Eastern Europe and South America, poetry has been synonymous with resistance to state or military oppression. In our own time, close to home, poets have raised their voices to protest against injustice. The 2006 janaandolan of Nepal is a case in point where poetry was a very instrumental medium to galvanize people in the street for the protest against monarchy.

If poetry serves the immediate purpose of social and political change, why is there the distancing between poetry and politics? Poet Padma Devkota in his poem, “The Great Goddess” writes, “truth is hard to grasp” (45). Everyday images of “the garbage, dog-shit, compost, reeking blood and rotting flesh” (46) forces the poet to start thinking in terms of utopian metaphors as a recluse. Poet Devkota is conscious about the everyday politics, religious absurdity, autocratic regimes, the failure of the state, and many other problems. The poems that only employ everyday metaphors, their meaning would be a mere “complaint.” So, the poets try to transcend the mundane world to revitalize the meaning of the world, and hence the life itself. Depoliticizing by distancing, in a way, is politicizing because of the understanding that it is impossible to fulfill the aspirations associated with the world we live in.