WPM：Rebuild the Tower of Babel of Literature 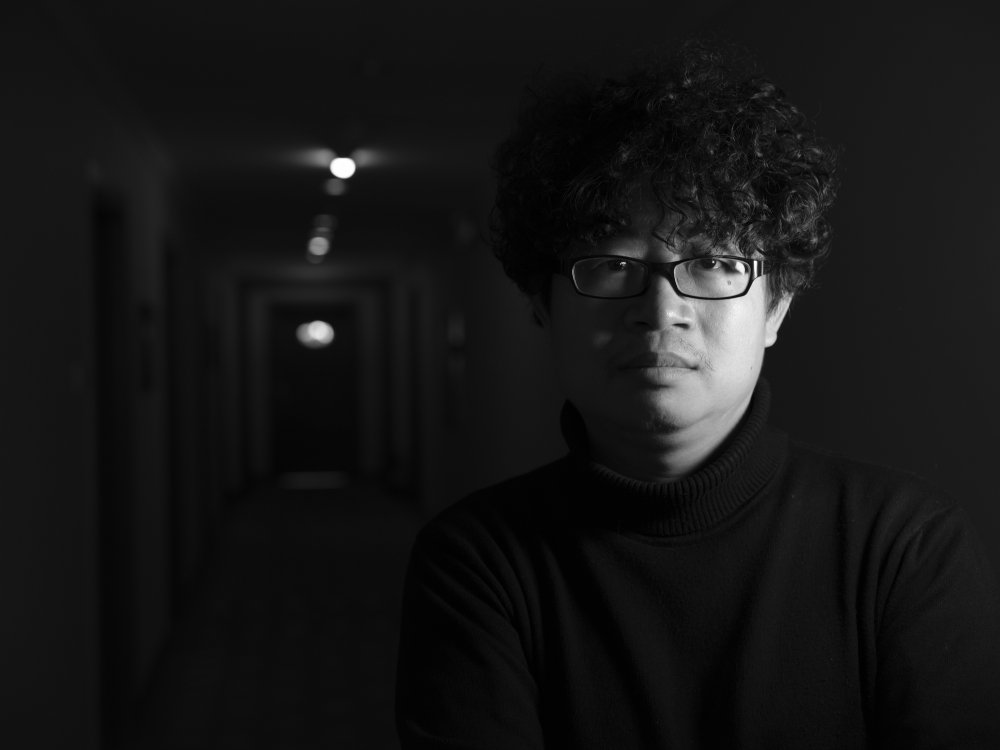 Lapidary, they reveal secret transformations of the solids, new emanations of the dawn’s pulse, of the heart of stone once inhabited by lightning, before a shoreless water emerged under the floating light, forging a web of flowers and animals, to make a homeland.
(Fernando Rendón)

When I was young, I happened to read a painted version of the Bible, in which the story of the Tower of Babel impressed me most. At first, men jointly built a tower to the sky. God knew that fearing that man would ascend to heaven and influence his authority, he changed people's language. Later, because people could not communicate, they finally had to stop the construction of the tower. It is said that this is the reason why every nation has its own language now. This story has made me sigh for a long time. I think if all human beings can speak the same language, maybe we can go to heaven. There is no spire of the Tower of Babel in the Bible. I've always regretted it. So I always hope that we can build the spire one day. This is also the source of the name of my first novel The Spirit of the Tower of Babel. Later, I embarked on the road of writing. I rooted this hope in my works. I hope that through writing, I can rebuild the Tower of Babel of literature that can communicate freely. Although my Croatian poet friend Dinko Telecan reminded me that the Tower of Babel means God's punishment, I hope it is the future home of mankind, so it's translated into Tower of Heaven in Chinese. I have been exploring the road of reconstructing the Tower of Babel in literature, until I met Colombian poet Fernando Rendon, through Turkish poet Nurduran Duman. From the World Poetry Movement he initiated, I saw the road to the Tower of Babel.

I always hope to rebuild the common home of human beings through translation, so I began to learn English in junior high school. I majored in Chinese Literature as an undergraduate and Literary Writing as a postgraduate. However, no matter what my major is, I always study English by myself, because I want to know the world through English. Many people can't imagine that most of my first diary is written in English: Cao Shui's Diary Volume 1. My first award-winning short story is written in English; “Love in Sweet Dew Café”. My first play is written in English-New Cinderella. During my most difficult writing period, instead of going to work, I made my own plan, Plan of Open Ears, and listened to the BBC's English radio every day. Later, I attended the only Writer’s English class co-sponsored by Lu Xun College of Literature and Beijing Language and Culture University. At the graduation ceremony, I delivered the Chinese and English speech Open the Door Between East and West. There has always been an English line in my life that many people thought was useless at that time. After waiting for so many years, it finally came into use.

In 2017, in the postgraduate class of writers jointly organized by Lu Xun College of Literature and Beijing Normal University, there was an International Writing Program through which I met many international writers. Later, Turkish poet Nurduran Duman and Chilean poet Roberto Aedo were closely related. I translated and recommended them on the cover of Poetry Weekly. And later learned more about international writers through them. Together with Aedo, I translated my poem anthology Lyrics of the Tower of Babel, which was published in three languages: Chinese, English, and Spanish. At that time, in the context of activity of Chinese and Western Culture, with poetry, music, paiting, dancing, martial arts, among others, organized by Sui Yan and Aedo, who invited me, the opening ceremony of the book was held at Dongyue Temple in Beijing. Poets and writers from all over the world who participated in the International Writing Program, were reading their poems, prose and making speeches. I began to translate the poem "The sky settled on the lake" by Nurduran. Later, when such translation work was out of control, I got a kind of happiness in English-Chinese translation, a kind of happiness in reconstructing the Tower of Babel. At present, I have translated the whole Nurduran’s poetry collection Steps of Istanbul, published by the Australian publishing house The Herald Publisher Proprietary Limited, and won the second Boao International Poetry Award. In the International Writing Program, I communicate with international writers in English every day in the restaurant. For this reason, the Chinese writers nicknamed me "International Cao". At that time, I made another plan, the Plan of the Tower of Babel, in the hope of establishing a World Literary Republic. When I had this plan in mind, I began to put it into practice. The World Poetry Movement (WPM) is sponsoring a "World Without Walls" Recitation on a global initiative. Nurduran hopes that I will organize a recitation in China. So I co-planned a recitation in China with the poet Han Qingcheng. Through this recitation, I met Fernando Rendón, a famous Colombian poet, director of the Medellin International Poetry Festival and general coordinator of the World Poetry Movement.

Through Fernando, I read the Manifesto of World Poetry Movement. When I read that "Poetry lives in ceremonial songs of the ancient peoples, with traditions that survive the dark times", my heart was hit. When I was a child, I was most impressed by the fear of darkness, so that when I saw the shadow, I would cry. I had to be watched by a special person all the time. When I grew up, I began to use literature to illuminate the darkness, which is the miniature of my human experience. In the Manifesto of World Poetry Movement, I read the course of human beings' pursuit of a diverse and unified common home, which is similar to the core proposition of the Greatpoemism that I advocated. At the same time, I began to translate Fernando's poetry collection. In On the waterline, I read that: “Lapidary, they reveal secret transformations of the solids, new emanations of the dawn’s pulse, of the heart of stone once inhabited by lightning, before a shoreless water emerged under the floating light, forging a web of flowers and animals, to make a homeland”. Fernando's poems are all in pursuit of the common spiritual home of mankind, which is the best interpretation of the Manifesto of World Poetry Movement, so I translated them in one breath.

I have been painstakingly pursuing the road of building a common home. 2018 coincides with the centenary of Chinese modern poetry, in which the landmark "Controversy between Cao Shui & Yi Sha" broke out. Beginning with my criticism of Yi Sha's oral poetry, the interview "99% of Chinese modern poetry is rubbish, Isha is rubbish in rubbish" spread throughout the poetry circle, thus rapidly forming two camps in the poetry circle. The controversy between the Great-poeticism camp headed by Cao Who and the Post-colloquial Poetry camp headed by Yi Sha lasted for one year. It has published about 500 comments and thousands of poems. Some people have commented that this is a century-old dispute over the way of Chinese modern poetry. I launched this debate on poetry because of my general concern about the fragmentation of contemporary poetry, for which I put forward Great-poeticism. I have been thinking about the meaning of modernism in literature. I search the answer in literary history, ancient and modern, west and east, I have come to realize modernism is both destructive and constructive again and again. Now it is time to shift its focus on the constructive side, that is, to build, to integrate ancient and modern literature, to integrate western and eastern literature, to integrate mystery and secular literature, then to rebuild a neo-classicism system of literature.

Chinese poet Xichuan once told us something about the world poetry at Beijing Normal University. He used his translation practice to divide the current international hot spots in Eastern Europe, Latin America and North America. At the same time, he stressed that China's poetry world is relatively closed. Most of the works we read were 30 years ago, and we are not so familiar with the current international poetry world. This has something to do with the fact that Chinese poets generally don't understand English. I think this problem should be changed from a new generation of poets. When I read the Manifesto of World Poetry Movement, I realized that language is not the biggest obstacle to human communication, and that the root of human differences are human values. Many Chinese poets need to integrate their concerns about the whole human destiny, or to think from the perspective of a "community of human destiny".

I have been pursuing the Tower of Babel in literature. I have realized it through my poetry collection Epic of Eurasian Land, I have extracted elements from the civilizations on the land of Eurasia, starting from Babylon in Mesopotamia, to Persia, India, China in the East, to Judea, Egypt, Greece in the West, and finally they have crossed the Pacific Ocean and the Atlantic Ocean and embraced in the New World of the Americas. I hope to extract the elements of various civilizations and restore the former home in literature, which it can serve as a temple for our future.This is the Greatpoemism that I advocate in the Chinese poetry circles.

In many communications with Fernando, I found that the claims of the Manifesto of Greatpoemism I wrote are similar to many of the claims of the Manifesto of the World Poetry Movement. For this reason, he invited me to participate in the 30th Columbia Medellin International Poetry Festival. We are ready to talk at the poetry festival. I am full of expectation. My heart is full of questions. Each of our civilizations has its own unique characteristics. How can we build a common home? Which civilization should be in the leading position? Are we going back to our homes in the past or building our homes in the future? Will the future of mankind return to the age of the Tower of Babel, which speaks the same language? I look forward to finding out the answer with the poets of the World Poetry Movement. Now we are in a world of disputes. I hope that through the efforts of poets from all over the world, we can reconstruct the Tower of Babel that mankind once wanted to build through literature.