Poetry is a powerful medicine in our luggage 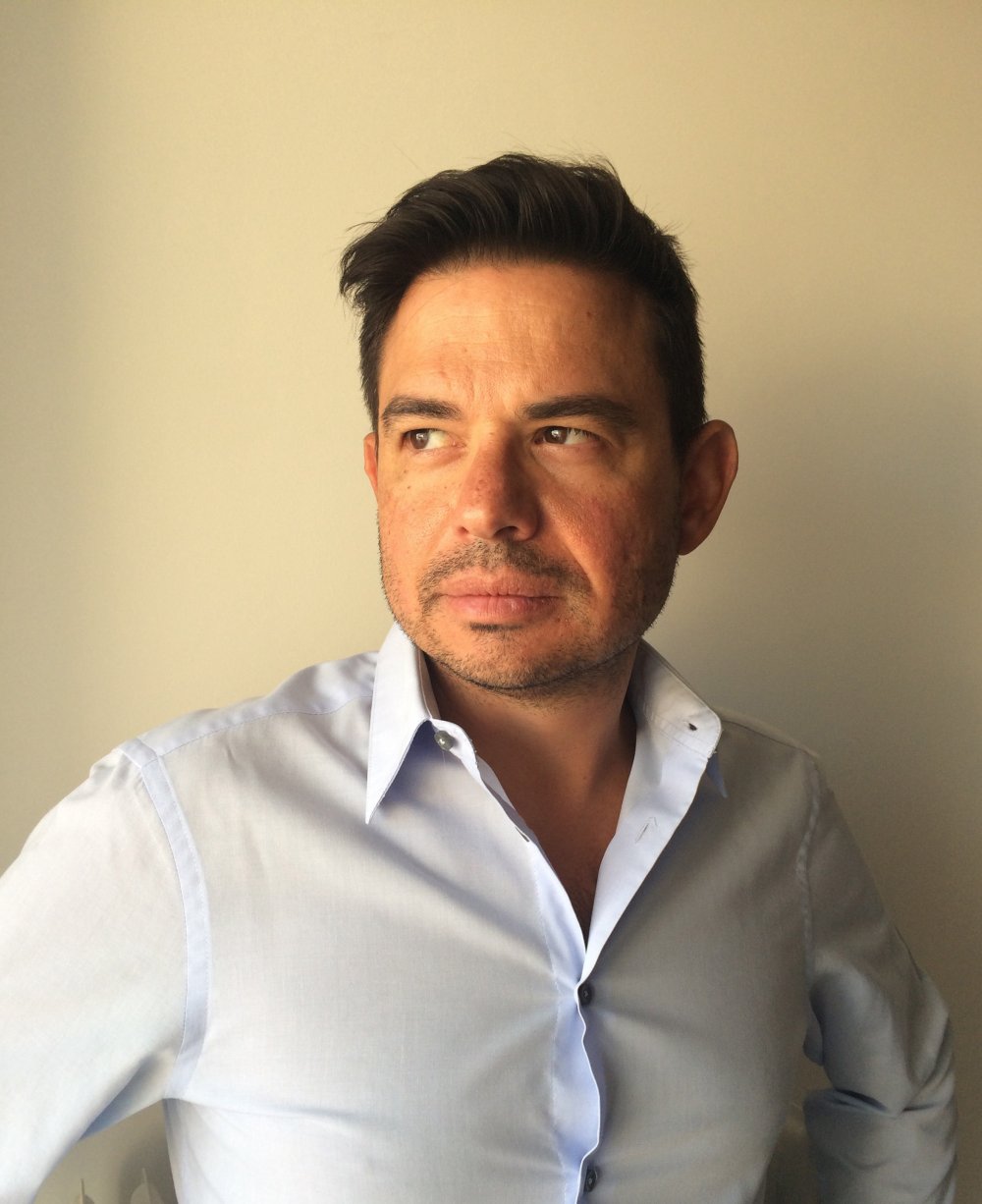 Poetry is a powerful medicine in our luggage, whether we travel halfway around the world or in the most inhospitable corner of our inner universe.

An autoimmune drug., Let alone for us poets and writers, the people involved in culture as the Endelehia of our poetry during the past centuries - and in addition to its authentic folk element - is unparalleled and undeniable. Perhaps the only form of art that has come to be intact and great since the glorious Ancient and Medieval world, has been incorporated so naturally and effortlessly into our present speech and consciousness, grafting it.

Poetry, both to its craftsmen and its readers, causes deep cracks and obvious landslides, building new balances, unveiling old depths on the surface and precipitating enthusiastic heights in the higher ranks of oblivion.

Poetry creates new distances- while clarifying the ones that are true and beneficial -allowing us to choose whether to flinch or to go through them abundantly. It sets life as the yardstick of all things and it sets fear as a discusser worthy of our respect and our harsh confrontation but not our disorderly retreat.

Poetry is not just useful at times or under circumstances. It is necessary during dark times like today, for obvious reasons and imperative in seemingly sunny times, since the slip on our negative side is not rare. Countless history books can defend the above sentence. Likewise, poetry is never only addressed to a few and chosen, nor does it belong to educated and class superiors, nor does it recognize any criteria of segregation among readers. It is naturally liberal and globalised, but without expecting profits but only by sharing dividends of spiritual benefit.

The 20th century with its huge differences, lit the fire to begin modern poetry around the world so that to light up every drama we passed and every scar that would allow life to “sneak in” and grow. Nobel Prizes that have already won from people who fought for freedom of speech, for generations of people that weren’t efficiently recognized in human history, generations that were enchanted and comprised generations. Above all, great lyrics and word deposit that aren’t simply depleted, lyrics about human rights and revolutions. Great books from personalities with stable ideas and deep knowledge of the Letters tradition. Great works that empower the metaphysics in us as to build up our relationship with art. Even though, today’s poets, in their majority, work on a poetry that has faith in verse and in the need of the modern societies to realize the new world order and the oppression that is hidden behind. A silent enemy that poetry can reveal and fight.

So, if I left tomorrow morning my country in order to travel to a future world and talk to them about freedom and democracy, I would take with me a book of Giannis Ritsos. Reading his poetry, the sound of my homeland wouldn’t abandon me but as well would undermine me every time I’m left out in the sirens of oblivion... Poetry is an antidote to the war despair and a building element- along with many other of course- opting for a higher level. Ritsos has drawn the man besides him from his own debris and showed him again the rutty road for civilization and reconciliation with his sick mind. Love and innocence are primitive amulets, the sea, the dream and homeland as well.

The natural world isn’t a host in our life but the cocoon that nurtures us with beauty and its memory. Wherever I am, I want to remember the wind and the doctrines, the churches and the waves, the anxiety and our struggles, every tile of our language, every turn of our history, since it’s the only way I won’t be retreated in the small geographical and racial boundaries. The poet of the History considers Human as the response in all the questions of the strange and incomprehensible world that surround us. He underlines all the time the word “human” and struggles to correct the typographical errors of our soul.

If I were tomorrow morning to return to my country and help society be transformed to something better and higher, I would take with me a book of Seferis, of the poet of the loss. Because, return to Greece means as well, accepting the loss as a meaning of internal and historical process. Seferis has been a child of the 20th century and has managed to analyze deeply the causes of the facts making a precise cut in the right spot... He took sincerity and the teared face of loss and silence and gave her substance, stature. The people’s suffering, love that didn’t flourished, houses that were abandoned, the archers, the Kings, the lily that always stays white and the cool breeze that ignores stupidity. Here memory aches and the sea smarts the bruises with its sea salt. The man’s diary leaks anxiety and the boat that leaves already longs the journey.

The poet has transmitted the ideas of the free person and the vision of a human world correlative with nature. He saw vanity to gain flesh and bones and vanity to fill our tank and wrote with courage, he wrote to warn us. He translated the persistence of life and its miracle with new, modern phrases and figures. He never forgot, though, that human wants, from the very beginning of his existence, to speak and progress without any trammel, standing up and holding tight his imperfections; with the power that gives him the responsibility for values and progress. Poet has searched out there, in pain and in fear, what can actually resurrect us, save us from the abyss and from our idol…and maybe we will introduce ourselves from the beginning.

Greek poets (Ritsos, Seferis and many more) like Pablo Neruda spoke the soul of their countries and wrote in order to serve the people and their free future.

Poetry lives inside society with its bright ideals but let’ s not forget life with her counted candles that go out little by little or in a speedy way.  So for that reason we should honor and protect her meaning, live and defend the great ideas and desire peoples’ lines, the elusive body. In the poets’ universe everybody pays a price for his acts, his misinterpretation and inefficiencies. Everyone pay their desires, their insults, their weaknesses, for everyone there is a punishment, but for the poet himself first of all. He is the first one to be responsible. The blunt truth, a beautiful body that was lost. The blunt truth but her touch is the real memory.

A poem looks to reach closer to the warm heart of our darkness more than anything or anyone else and that justifies the drastic influence on us. Poetry searches non-stop and finds the blasphemous those who dream and passes on the torch, the torch for the achievement…. These blasphemous are the poets… the poets with their verses. Their words keep us away from the low.

Poetry, within a country which is being challenged by both internal and external errors, is a beautiful obligation and a nice human right to empower someone to remain a modern citizen while maintaining the virtue of democracy within him warm.

Today's World pushes man and society into major historical changes, new balances and new twists, which means that man in turn owes now, more than any time, to resist and to keep the world upright and always soaked in values that are timeless, universal and superior.

The careful study of the past and the constant support of civilization with new and clean ideas, lead us to a modern state that pushes firmly at the feet of Truth and not in dangerous visions.

The truth is on the side of the poets, of the lifecycle and ultimately of man. The burden always falls to poets to prophesy and hold the reins as another Iniochos, trying to read the human way. A way that is hard and when it is not uphill, the poet offers his paper breasts and the range of his words as a mound.

The poet with his writing is nothing but the alarm and the surprise that warns us and wakes us from a hypnotized daily life, the miserable time that will defeat us but we must fight when this happens in order to be standing and better people; to have withstood the weight of our instincts and not to give in to the little and the fake. Our passions as big as they are to be clean and redeemed.

We create every day our society by following the advice of Baudelaire about the need for man to be drunk on something, on love, on wine or on poetry. Yes, we're drunk on poetry and let this be the allegation that weighs on us. The truth is on the poets' side. The truth of words, the truth of the language and ultimately of man.

He was Co-editor of online poetry journal Poeticanet.gr from 2013 to 2016 and worked as Co-curator/co-organizer of the group international art exhibition “HOMO SAPIENS IN LOVE”. He also participated in Documenta 14 Athens as a poet (writing, reading, translating) in the International project ‘’The place of the thing’’. He won the National First Appearance Poetry Award, 31st Hellenic Symposium on Poetry, Greece.