Role of Culture in the Transformation of Human Society 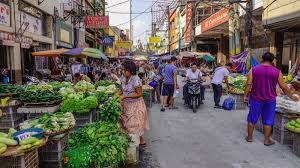 I graduated with a Master’s degree in Anthropology, and took up most of my PhD subjects with focus on Cultural Anthropology. The course brought me to three months of fieldwork in a Philippine barrio interviewing several households on folk-religious rituals and how, in a minor scale and bigger picture, these have affected their quality of life and their values.

Rural women dominated my informants, not out of choice, but because of availability, within the time of interview, the men being out at work in the farm or at sea or in the marketplace. The women seemed to be the repository of the family’s and the community’s memory and tradition, and the active ingredient in the growth and promotion of values in the home, and its environment.

The fieldwork, a minority study, was done in 1972, when the road from the city to the barrio, a good 14 km of bumpy ride in the summertime, and in the rainy season, so clayey and muddy a vehicle could bog down. Life moved slowly, as the farmers’ and fisherfolk’s clock adjusted with fallow periods and harvest seasons. Four decades later, one finds the same road completely transformed, wide and paved, a route most favored by business people, both locals and transients. Has the population’s mindset changed? The population of the barangay has doubled since, from 2,000 to 4,000, the majority of the people below 40 years of age.

I do not have a scientific answer, unless checked with a deeper research, but would just make a guesstimate of the people’s world-view based on reasonable observation. Water supply is now steady, with the development of a water system, electricity has replaced the old kerosene lamp, industries in the poblacion have risen, bridges have been built, increasing accessibility through farm to market roads, and within the vicinity of an old singular chapel for the barangay residents, a convent for nuns providing for an increase in the religiosity of the habitual churchgoers and their younger counterparts, and a bigger church on the hillside run by Augustinians ministering to the population’s spiritual needs. The native’s folk world-view is now challenged.

The point is— here is an opportunity for any change-agent to put to use the resources at hand to employ the potentials of a given culture, in the flux of transition, for the greatest good.  It is important to know the strengths and weaknesses of the given culture to transform the community into a vibrant and responsive one, in step with development, as a pro-active partner, not as a sponge which passively absorbs everything that comes its way.

For instance, the folk mind dwells too much on superstition on the life-cycle of families, from womb to tomb. There are numerous rituals connected with birth, marriage, death. Success, these people believe, depends upon particular actions one has to fulfill, oftentimes bordering on the irrational, a counterpoint to the desired work ethic, which refers to hard work that results in success. Even the urban mind is not freed from the persistent influence of superstition and ritual, which modernists believe to be deterrents to success and the overall economic productivity of a society.

We do not, however, discount the value of tradition, superstition, and ritual including. In reference to family as itself a microcosm of society, there’s a universe of potency in building up its existing culture through a process of transcendence—taking off from the givens, the traditional values of loyalty to family, respect for the elders, taking care of children no matter the number, honesty, justice, fidelity to religious practices which all run deep, and then using these as symbols and models for dysfunctional families and other, if larger, societal structures, replicating business models which promote similar values of not just high production but also peace.  How. Through formal and informal education, for one, creating avenues for greater interaction and communication via stream and social media, as necessary supplement, while putting one’s best effort in presenting values in a creative and memorable way. The resources of church,  family counseling facilities, sports activities for the young, defining clearly gender roles, and stressing awareness of one’s natural and social environment and its issues should altogether work for a transformed society whose goal is unity, freedom, and peace.

Our coming to Medellin for the International Poetry Festival will surely be a huge window to witnessing a diversity of cultures, and a rich cultural feast for a first-time visit for my husband and myself.

To our fellow-participants in the festival—our warmest greetings!  May our best intentions and sharings enrich each other’s culture!