We Lay Fertile On The Pavement 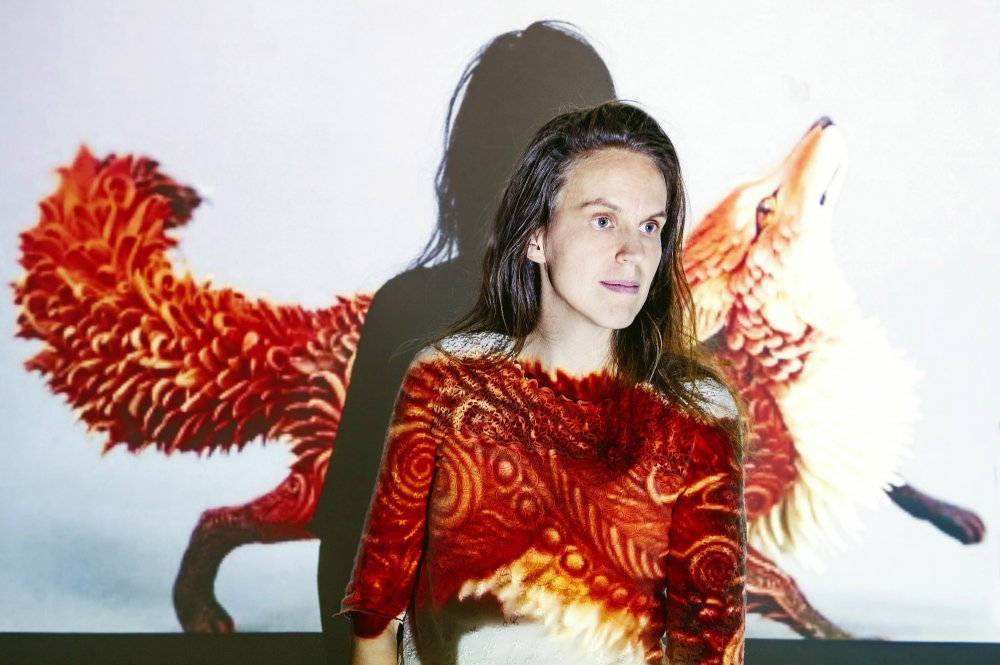 We Lay Fertile On The Pavement

and so crimson we rose high as a wave.

We chiselled a shadow on the table.

Gong strike.
Someone calls our name.
Who is calling us?
Who confirms us?

Maybe I should have seen earlier that he is a leaf.
A leaf,
but not a tree. He doesn’t have any trunk or branches, just
the leaf that he is.

Sparsely nervated and densely veined, he blows in the wind
he captures and licks the rain.
He laughs at sunlight
is fearful of lightning and the animals that gnaw at him.

A leaf that’s what he is
not a tree, not a trunk, no branches.

This is the smallest space for me to squeeze into in the body
of apples and pears.
Oh God, how can I survive
this crackling inertia

I want to race, to stumble, to shine
and now I lie here.
All right then I’ve got inner communication with all the other
pears in this street, in fact in the world but the only thing
they send me is images of the sun that comes
up or goes down, hilly landscape
being picked creaking smashed.

Dammit I’m not that subservient.

The twirling of inertia.

If only I had a neck and an axe and a shed.

The Beast In Me

I seek it in the furthest corners, sharp I am as a
knife and clear as a spring,
it turns into dust and into cloud.
Clap says my hand, I haven’t caught the beast.
It creeps and shivers forward but
I have him in my sights I now know all his wiles
it pretends to be love.
I know the beast it comes as a twist in my mouth, as
a shrug in my shoulder, a frown in my forehead, it
comes as a claw in my hand suddenly against
my will.
It is mighty that beast and that shivering, that cold shivering in those
nights I have it too.

The beast itself is afraid.
I know that now. So now I stalk its tracks, I utter
sweet words, come closer,
come right here, I won’t do anything except look at you, I won’t
do anything just see you, you don’t need to flee and run away, I
won’t tame you, you don’t need to perform all those beastly things
in my hands and my head, my
word.
You get left alone beast.
You are free.
That’s what the beast wants to hear, it wants to be free of me. And its
head resting on a rock.

It is Autumn in us, he says
his voice deathly quiet sickles through us.

A nameless falling takes over
our kingdom

the insects crawl away or die
rust surges through the wood, leaves fall
in the lungs

the birds whirl around in other bodies
we are ever lighter, it branches and it sticks

Birds flew up at each strike.
On every fourth beat a new season commenced.
On every 16th beat I bore a child.

Until our bodies began to become disfigured, then we beat
even harder, against the wrinkles, the crumpling
our reduced fertility, the stiffness in our legs.

We beat even harder, our beating gained
a dogged tone,
until we stopped at the 428th note.
We looked at each other and all the children
I had given birth to,
wild wicked children
with wild wicked hair.

And we looked at the trees that had grown
crisscross through each other
A gigantic mess.
The birds on a branch nervously awaiting
our next strike.

But we didn’t beat
We stopped beating

We looked at each other and sawed down the trees
built a house,  buried the drum deep in the nut-black earth.

And began to live. We pealed and cooked the fruit
and told our children the story of the drum
and we didn’t strike, no new seasons commenced,
The birds rested in a tall willow.
And all was good.

And we ask ourselves, who gave us that drum in the first place?
Who commanded us to beat it? Who brought us the birds, the trees?
Who laid down the rhythm? And where we before? Why?

Dancing on the cold ground ploughed up
by hooves.

We call the quicksilver fish in the river!

In this night, the wild bison night
hugging each other ever harder and more tender
until die.

Marije Langelaar (Goes, 18 June 1978) is a Dutch poet and author of three collections of poetry The river as plain (2003), Into the shed (2009) and It sparks (2017), that have been shortlisted for numerous prizes. She won the Hugues C. Pernath Prize in 2009, the Jan Campert Prize in 2017, and the Awater Poetry Prize in 2018. Langelaar’s work gives expression to the natural forces that operate between people and between people and their environment – exchanges that turn out to be far from idyllic. In vitalistic, occasionally surrealist poems, a fairy-tale atmosphere often transforms into grimness.

She is also a member of a core team to found a ‘Village of the Future’, a new way of living with the aim of solving humanity’s main challenges on planet earth. A blueprint for sustainable and conscious living that can be adapted to suit situations all over the world.