World Peace, A Pact with Nature 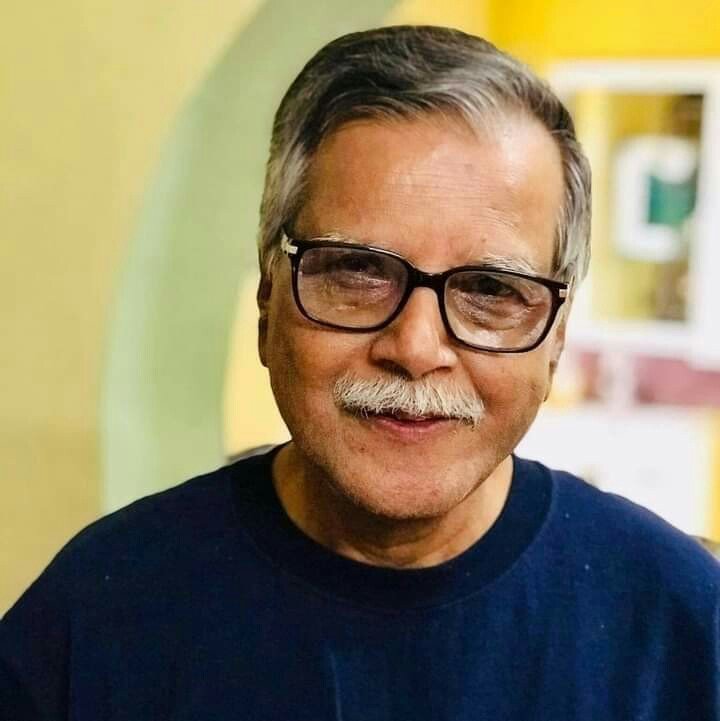 About seventy-five thousand years ago, the death of human civilization was almost certain. The massive eruption in Indonesia that erupted thousands of miles from ash, smoke and devastating debris. Tuba eruptions have been identified as the largest volcanic eruption in the last twenty-five million years. As a result, large areas of Malaysia and India were wiped out by up to thirty feet of thick volcanic ash. Toxic fumes and dust eventually travel over Africa, falling into the Atlantic Ocean. The volcanic cold that comes down as the temperature drops not only kills people, but also plants and animals. We can't imagine that horrible incident ! Unless we are vigilant and alert, such things can happen today or tomorrow. We have to keep a good relationship with nature. Today we are facing the danger of global warming.

Lucretius views the physical universe from the start as the proper home
of humans, providing humans with the means to attain their natural goal, a life of pleasure. He combines physics and ethics into a new synthesis by proposing the integration of the human being in the natural world. We must have to return nature, animals and plants world, we can not destroy and pollute forests, rivers, lakes, mountains in the name of development and should not kill animals as we like. If we like to save this planet from unknown disaster we have to follow the laws of nature.

Marco Polo's thrilling travel story opened the window to the East to Europe. The people of Europe knew from the story of Marco's travels that there is a dream country full of riches outside of Europe. Then European sailors set sail on the seven seas in search of a way to the East. Columbus discovered a new continent, America, in search of a way to India. But he did not know it until he died. As a result, America is the name of a new continent named Amerigo Vespucci. Henry the Navigator discovered the mysterious country on the coast of Africa. Balboa was the first to see the blue waters of the Pacific Ocean from the top of Mount Darren; Vasco da Gama discovered the waterway to India. His ship ran aground off the coast of Malabar. Magellan proved that the earth is round; However, in the latter part of the expedition, he was killed on Cebu Island. Henry Hudson was the father of whale hunters in Spit Bergen. Francisco Pizarro is amazed to see the endless riches and beautiful girls of Peru! The Inca Empire was conquered by a handful of soldiers using the prevailing superstitions of the Inca of Peru; Ship after ship looted gold and returned to Europe. Hernán Cortes similarly defeated the invincible army of Mexico and gave it a bloody book! One subdivision after another has been created in the heart of Latin America, on the other hand, various scientific facts have been discovered. These missions were similar to the space missions of the present era; When the sailors returned to the country at the end of the expedition, they received a huge reception. Through the discovery of various unknown countries, people have come to know about various unknown nations and tribes; All the unknown civilizations.

In the long course of human civilization, until 1500 AD, the nature of the movement of different civilizations was the same. In history lessons we learn that the center of power of human civilization has shifted from one chapter to another in the history. The center of history has never been fixed on a single point centering on any civilization. After 1500 AD, two-dimensionality was seen in world politics. For nearly 400 years, the nation-states of Britain, France, and Spain, Portugal, Austria, Prussia, Italy, Germany, USA etc. These nation-states sometimes fight and sometimes ally with each other. Set their own boundaries and dominated other civilizations of the world in the name of Western civilization. By exploring other civilizations (by water and land, then by air), they dominated Asia, Africa, Latin America, and the Arabian Peninsula. Created the colony. The bloody 500-year history of Latin America is made by Westerners.

During the last Cold War (after World War II) world politics became bipolar and the world was divided into three parts. The rich countries of a democratic society led by the United States are politically, economically and ideologically united on the one hand, and the countries of the communist society of Eastern Europe led by the Soviet Union on the other. The first two parties fought a Cold War with the aim of dominating the Third World until the collapse of the Soviet Union in the late 1980s. Until 1990, the alliance and struggle of different states was centered on doctrine or ism. With the collapse of the socialist countries of Eastern Europe, including the Soviet Union, many historians, philosophers, or sociologists thought that the 1990s were the end of history. There will be no more Ism-centric conflicts or wars in human civilization.

From the sunrise of human civilization to the recent times, human domination over nature is the greatest threat to our life. If we don't pact with the nature all life forms will be vanished from the earth. We are living in a perverted-human civilization in terms of human feeling and taste where class discrimination, caste inequality as well as gender inequality have kept people down to the level of animals. Science and technology have made unprecedented advances, the winds of globalization and development are blowing, the postmodern world of information and technology on the Internet is bursting, capital is exploding, but we have not yet been liberated from the world of the Stone Age. Gender inequality and hegemony are at the root of all the wars that have taken place in the five thousand years of human civilization in dictatorships, oppression, religion and state. On the other hand, in the cycle of globalization and development, to build a green movement, so that human civilization is not wiped out from the face of the earth by destroying nature.

We have to work for both social and spiritual revolutions for freedom and peace. Today, the world is going through unprecedented violence and growing strife- torn is going through horrors and the Holocaust. Multidimensional conflicts like religious-cultural, ethnic and economic conflicts' ugly heads continue to rise and the progress of humanity is threatened by creating an intensity of violence. It cannot be controlled by violence alone because violence exacerbates violence. Therefore, to change the current climate of growing tensions, the peace movement is essential. We think that the unorganized peace movement against organized violence forces cannot produce any effective results. Capitalism is more dangerous virus than that of Covid-19 virus. All peace organizations, all interested peace-loving states in the world should unite to resist violence in an organized form, to achieve world peace, to save our only earth we must have a pact with nature.

Biplab Majee (Bengali: বিপ্লব মাজী) is a leading Bengali poet. He was born in Tamluk in West Bengal (India). Majee is the son of Ananta Majee and Bimala Majee ,the leaders of Peasant Movement in West Bengal, India.They were leaders of famous Tebhaga Peasants’s Movement in the South of West Bengal in Midnapore District and they were freedom fighters of India against the British Colonist Rule.Biplab Majee got his graduation in Science from the University of Calcutta, 1971 and Teachers' Tranining Diploma in Russian Language from the Moscow State University, Moscow, USSR (At present Russia) 1976-77. He was married to Nandita Bhattacharya,an M.A. in English and a translator cum Editor of Writers' Forum ,Prose Writer.Biplab Majee has a son Debatanu, a computer savy boy.