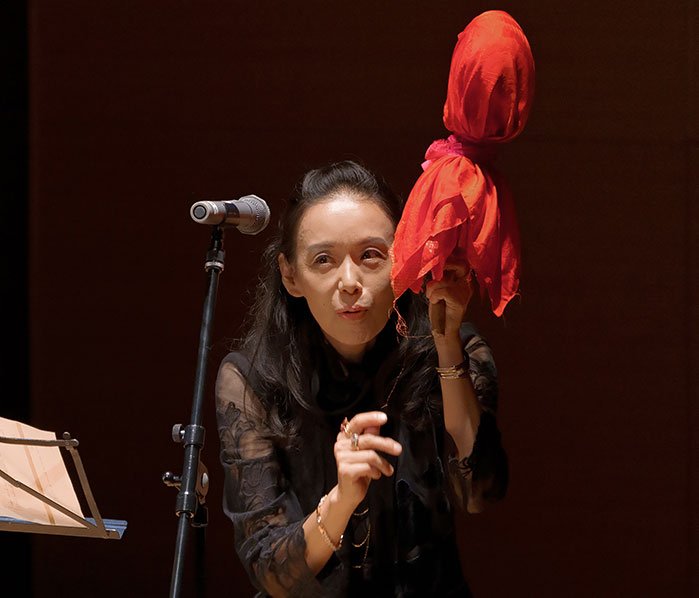 [A short essay on the issue of a Pact with Nature]

I live in a seaside city. Although it is called “Yokohama,” (literally “horizontal beach”) there is no hama (“beach”) here. It is only a short walk from my house to the coast, but you cannot hear any sound of waves, because the entire coastline is covered with protection works. The sea has been reclaimed and surrounded by concrete, like a huge creature tamed with iron chains. It also looks like an immensely large pool.

However, from here, the swarms of city dwellers disappear abruptly. It is a different, non-human world. Even within my range of vision, I can see mullet, sea bass, black seabream, and sometimes even a large ray leisurely swimming around the weltering seaweed. Oysters and mussels are clustered together on the bridge beam.

The sky stretches out wide. Seagulls come and go through the wide-open blue space free of buildings. The other day, a black kite was perched on the handrail of the balcony at home. As soon as the bird noticed me with its keen eyes, it spread its wings and flew off. For a black kite, a high-rise apartment building must be just a mountain of limestone and iron with a strange pattern.

I imagine my house is one of many caves opening out on the cliff wall of a flimsy pile of rocks unable to enjoy the benefits of fertile ground. From the viewpoint of a bird, I may look rather like a cactus clinging onto a dry rock.

On my balcony, I diligently water plants every morning, buying seedlings in season at flower shops as a treat for my eyes. Flowering buds fascinate me. However, it is difficult to harvest fruits with a planter, due to the poor soil in terms of both quality and quantity. More than ten years ago, I threw a persimmon seed into the planter, and it sprouted on its own and grew leafy, but the plant has never borne fruit.

It seems that a city is like a sterile flower. Early modern French poets may have found The Flowers of Evil in cities, but nowadays, because of poisonous water drained from the large flower of Yokohama, nobody eats the fish caught in the bay. Fishers abandoned their business ages ago. It is true that more people are throwing fishing lines in the water during the pandemic, but they are simply killing time; they return their catches to the sea. That is why black seabream, which could have been traded at a high price, is abundant in this water. In a sense, this “different world” is a paradise for fish.

I am standing in a place where ideas like humanism and decadence have no meaning. There is no way a cave-dweller like me can generously appreciate nature. However, I should etch in my mind that this city, stained with inconsistency and irony, is also a part of it. As a black kite looks down on my pile of rocks, or fish mating in foul water tell, the idea of a city being independent from nature, or even overcoming nature, is simply a misconception, rather than arrogant.

I am not sure whether you can call it a drift, but in a corner near my house, there is a place where seashells washed ashore are piled up. In a corner of the revetment here, sediment forms a gentle slope, and the area is becoming a tiny natural coastline of seashells, even generating a faint sound of waves.

Wildlife never rests, even for a moment. I want to look at the world, find a crack, and grasp the primordial energy hidden way back behind it. In this way, I am dreaming of the moment when a new poem can be born.

She is an avant-garde poet born in 1966 in Kiryū, Japan, an area historically known for its magnificent weaving. She is the author of three books of poetry in Japanese and is known for her descriptions of the lives of the women she saw in the small factory on her father’s property.  She is the winner of the Oguma Hideo Prize and was a participant in the Iowa International Writing Program 2019.  She lives in Yokohama and is an associate professor at Saitama University.  Her English collection of poems: Factory Girls, Edited by Jeffrey Angles, Action Books, 2019, finalist of 2020 Sarah Maguire Prize.