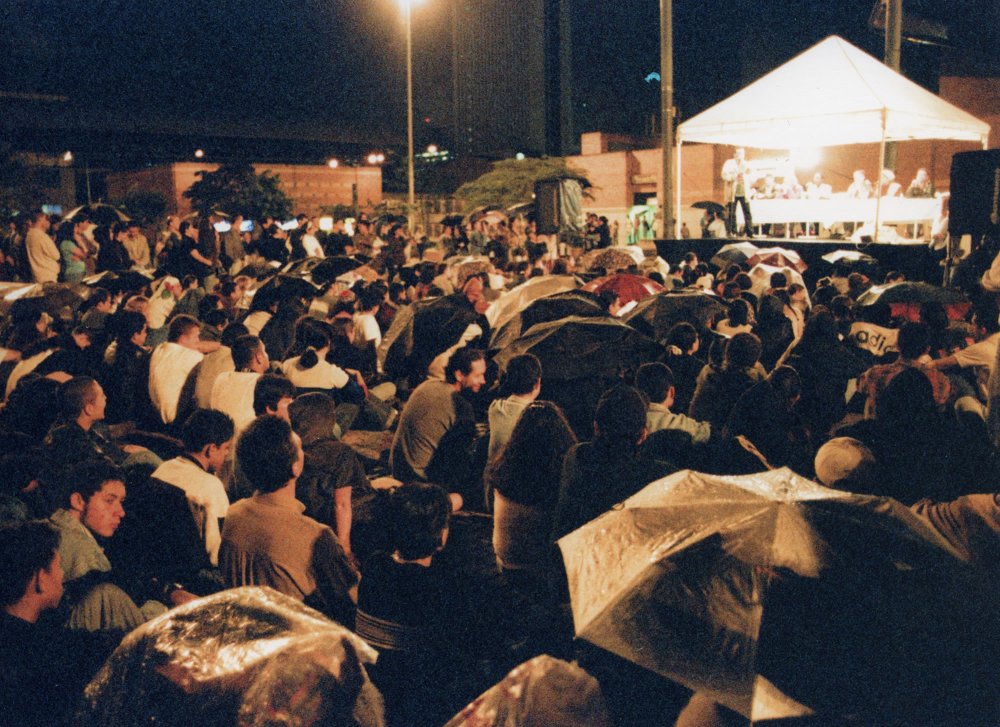 As our Committee said in its report on the 1999 Festival, some of its achievements were: The consolidation of this singular poetic project, at a time of great social and political tension and serious economic crisis in the country, when there were closures of factories and banks went bankrupt; the qualification of an audience that listened to poetry and bought poetry books, as was reported by bookshops that had a 50% sales increase; the widening of the Festival to new venues and cities, and the increase of readings to 77 in Medellín and the country; and the valuable participation of a group of important poets from the five continents, that contributed to the breaking of Colombias cultural isolation.

Poetry is the highest dialogue of the human spirit. It makes possible for men and women, for centuries at the edge of the abyss, to recover their lost memory and equilibrium, in order to transcend our difficult condition. Colombian youth does not see salvation in poetry. It sees itself. Poetry is the youth of the world. Poetry does not stop hunger, but it makes us hungry of infinity.

Parallel to the IX International Poetry Festival, sponsored by the Municipality of Medellín and the Ministry of Culture, the IV School of Poetry of Medellín takes place, with the attendance of nearly 200 students, most of them young poets from other cities, who can thus share with the poets invited to the Festival their veiw on the experience and writing of poetry. In the program of the School four lectures are given, and there are three symposiums and one session of chats. There is also an exhibition of Visual Poetry and graphic art.

There are many points of view to interpret the Festival and its scope. Its effects will be confirmed in a near future when the new manifestations derived from this dynamic will be perceived. Understood in literary terms, the Festival achieves a living anthology of world contemporary poetry. The Memories remain as a literary trace. The personal sound and rhythms of each author circulate. In each one remains the revelation of a whole range of imaginaries, the styles of poetry that is now written in the world. The interviews, the references and the information remain. But it is not enough. Much less when we think about the origin of this event: The International Poetry Festival of Medellín did not appear as a literary event or a meeting of poets. It appeared in 1991 to oppose the revitalizing power of poetry to the deadly language of violence.

The Festival is a surge of the sun. The sun is a poet that transmits its songs through light, the promoter of living things. The International Poetry Festival of Medellín is a gesture of the interior sun, of all those who contribute to remind us that we are song and legend.

To make livable the world is a reality that we must build day after day, from every being to every other one, from sun to sun, now more than ever; now that the hope of stable world free from devastation seems to collapse for many.