Articles about invited poets to XVIII Poetry Festival of Medellin

Articles about invited poets to
XVIII Poetry Festival of Medellin

I chose this title, thinking of the Latin root of the word conspire, meaning to breathe together, to come together, to be close enough to share the necessary, the intimate. This week's column is an interview with Margo Tamez, and next week I'll review her two books, Naked Wanting and the just-released, Raven Eye... READ MORE

My e-Conversation with Obi Nwakanma 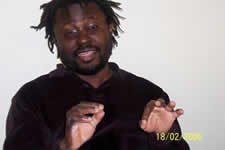 Nnorom: Obi, I have to tell you, it is an honour to have you as my guest for December 2002. This month is very important in the development of my work. To begin with, Sentinel Poetry Movement which I have just founded has now come alive and new online Sentinel Poetry Magazine has now gone live... READ MORE 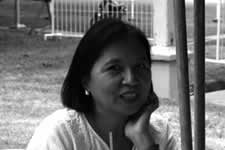 I would say the prognosis is good, because of the break that the IWP [International Writing Program] had offered me. I have been mobilized here in La Salle as director of the Bienvenido N. Santos Creative Writing Center... READ MORE

A Vision Of Hope

As Oneida poet Roberta Hill Whiteman grew up speaking only English, she sensed she was being denied something important. "I began to understand in elementary school that Oneidas spoke another language," she says... READ MORE

An Alternative Generation of Poets
Pawing Over the Ancients Matthew Clegg

Pound famously claimed the reason why he pawed over the ancients was to find out what has been done, once and for all, better than it can ever be done again, and to find out what remains for us to do... READ MORE 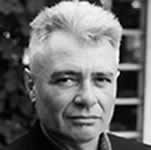 Gerhard Falkner, born in 1951. His a poet, playwright, essayist and translator. The publication of his first volume of poetry, so beginnen am körper die tage (so begin the days along your body) received enormous critical acclaim... READ MORE

Belarus is the draftiest country in Europe.

Dreaming about the lost motherland and eternal return home as a traveler Ulysses is in blood of Belarusians. At least those who heard of this navigator, who as we know once was one step from his Ithaca, but unfortunately fell asleep on the sack of winds ... READ MORE

Because the very God is Language

O reader, we should say it since the beginning: this book is primarily an aesthetic luxury! And as such, is pretty rare. Written with the very intention to serve to a highly signification that ignores the common pretension for money and fame, also published for a very strict group of people... READ MORE