Against War And For Paradise 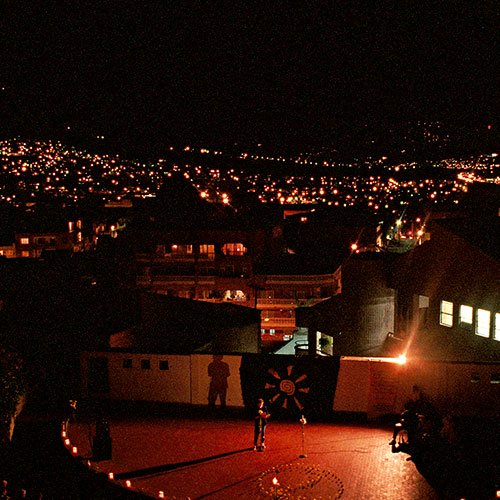 The Spanish word “guerra” is derived from the Germanic werra. But war existed long before the Germanic peoples were born. The king governed with the sword in the wood before the beginning of civilization. Even though at the beginning he only kept watch over an oak, later he kept watch over a city and a Sumerian temple. Warriors fought and the gods of the defeated peoples fell through the centuries. Instead of thinking of making a balance of wars in prehistory, the Akkadian annexed Sumer and Anatolia. The Elamites and the Amorites seized Mesopotamia. The Egyptians battled against the Hycsos, Hittites, Hurrians and Phoenicians. They took Sudan, but they were then crushed by the Persians and the Greeks. The Greeks and Persians fought the insane Median Wars. The Assyrians did not take Israel, although they would have liked to. But they discovered and took the land of the Phoenicians. The Persians and the Arians (of Iranian origin) penetrated into India. The Hebrew nomads attacked the Palestinians and all the peoples they found in their forty years drift through the desert, looking for their promised land of milk and honey in other nations. The Parthians defeated the Persians, who were avenged five centuries later by the Sassanians, who in their turn were destroyed by the Bedouins. The Mongols overthrew the Song dynasty but were then driven out by the Ming dynasty. The Myceneans dislodged the Minoics. The Huns overturned the Turks. The Achaens defeated the Trojans after a war of ten years for the sweet Helen, by breaking into Troy hiding in a giant wooden horse. The Spartans crushed the Athenians. The Greeks took Persia, Tyre, Egypt and Babylon. TheEtruscans and the barbarians counterattacked and occupied Rome. The Angles and the Saxons arrived in England from Germany and Denmark. The raven croaked sitting on the skulls on the dried up dirt. The Milesians subdued the peoples of Ireland. The Celts settled in England, Spain, France, Switzerland, Austria and Czechoslovakia, and went as far as Asia Minor. The Romans settled in the West and the East. The Vikings, coming from the North Sea, went ashore in Paris. The Mali empire took over Ghana and founded the legendary Timbuctu. But the Songhai empire absorbed the Mali empire. Bands of Zulu warriors attacked Zimbabwe. The Toltects overpowered the Mayans, but did not impose their culture on them. The Chimu succeeded the Mochicas. The East advanced toward the West, and the West advanced into the East. The Muslims settled in Bosnia, Africa and Asia. The Moors arrived on the coast of Spain to remain there for ten centuries, but they left the Alhambra. The Spaniards came to the coast of America to impose their religion of love by fire and sword. The Tlaxcaltecas betrayed the Aztecs, who could then be defeated by the Spaniards. The American gold and the energy of the slaves fed the imagination of the English, French, Portuguese, among others, who colonized America and Africa in the XVI century. And after four centuries of wars of invasion and wars of resistance, in the XX century wild capitalism invented two world wars, with 70 million dead. An American, after throwing two atomic bombs on Japanese civilians, have told us that they were joking. In Panama, testing new weapons, a ray melted a couple on a terrace. How many more will be melted in Iraq by American fire, where at the beginning of this paragraph a king watched over a Sumerian temple in Uruk?

Picts, Eolians, Samnites, and Umbrians are the names of some peoples that nobody remembers anymore, effaced by war and time. They form the great current of the Lethe, the river of oblivion. We can still hear the breaking waves, the flow and reflow of peoples that appear and disappear in the fluctuations of the legendary river of human history. Civilizations pass away, but the barbarians are still here.

The hand that signed the treaty demolished the city. As the Argentinian historian Cagliani has said: During the last 5,000 years of history, humanity only had 900 years of peace, during which men prepared for the next conflict. More than 8,000 peace treaties have been signed in the course of the last 35 centuries. Since 1945 until the end of the XX century, 140 wars were fought, with 13 million dead.

During the last thousand years it is estimated that wars caused some 148 million victims, almost two-thirds of them in the wars of the XX century; until the first half of this century, it is estimated that 9 out of 10 victims were soldiers; in the second half this proportion varies until at the end of the XX century, 9 out of 10 victims of armed conflicts are civilians.

No one knows where, when and how will the next wars break out. There is no answer to the new questions of poetry about global political warming.

What is poetry in the midst of this inferno? Poetry is the loving memory of remote humanity, buried in the mists of time; the conscience of its active presence, the vision that saturates us with the future, and the energy to make it concrete. A passionate dream, the undefeatable resistance of life, wise patience and a wise persistence, without poetry we could not have survived and we could never triumph.

The International Poetry Festival of Medellín is a vigorous manifestation of the deserving Colombian people’s dream of a just and definitive peace, in a country that has suffered 18 civil wars in the last 190 years, with a tragic toll of more than one million dead. In this way we share the relentless initiative of a politically negotiated resolution of the four-decades armed conflict in Colombia, through a generous dialogue, to open the way for a just, democratic and profoundly human future for our country, with no ambiguity or exclusion whatever. To find a lucid solution for the war in Colombia and in other areas of the world shaken by war, the formation of a great poetic world force in solidarity with the struggle of the peoples of Earth will be needed.

The age of man is the age of his looking at the legendary wood. This means that we will without fail return to the roots of the ancient and new wood, to complete the time of our search of a new human age, without material and spiritual misery, without war or plunder. The peoples of Earth will again intertwine like grass with a renewed nature and the horizon of the victorious Spring of life over death. Then we will ride again on the great energies of the Universe.