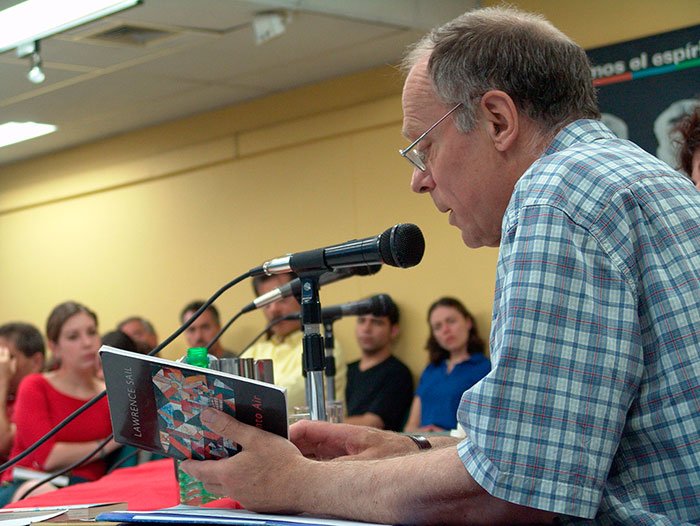 The silver box rose lightly up from the valley,
ape-easy, hanging on by its one arm;
in minutes, it had shrunk the town to a diagram,
the leaping river to a sluggish leat of kaolin,
the fletched forests to points it overrode.
It had you in its web of counterweights,
of circles evolved to parallel straight lines.

Riding the long slurs, it whisked you over
the moraine´s hopeless rubble. It had your heart
in your mouth at every pylon, where it sagged,
leaned back, swooped on. It had you hear how ice
cracked on the cable. It had you watch it throw
and already crumpled shadow of bent steel
onto the seracs. It made you think of falling.

By the time it lowered you back to the spread valley,
to the broad-roofed houses decorated with lights,
you could think only of what it was like to step
out, at the top, onto the giddy edge
of snowfields still unprinted, that pure blaze;
to be robbed of your breath by the thin air, by a glimpse
of the moon´s daytime ghost on solid blue.

He was born 29 October 1942) is a contemporary British poet and writer.