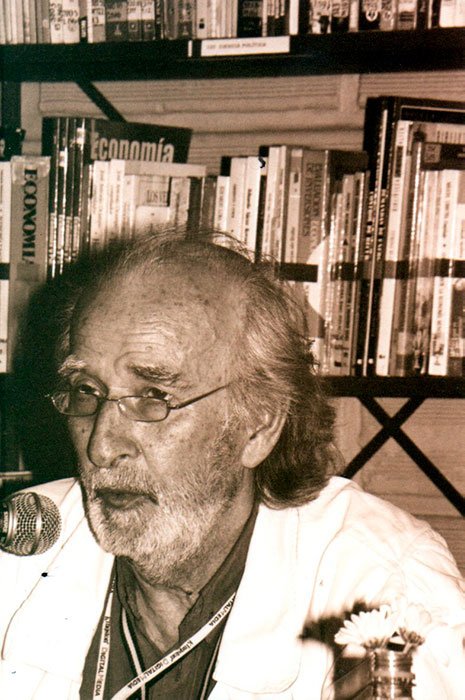 Beautification After My Birth In Ur*

The news of my birth fluttered like a white flame.
My amputated hand wandered in the reeds
their tubes drew air and breathed.
I heard the lament of the reeds in a channel
and the bellow of buffaloes in another.

Then I pierced the tissue of the sky,
came to you and pressed your lips with mine;
and later when your sweet tongue departed,
I returned to Enlil´s** realm
to play flute for earthworms,
for my joyous deities
who as they prayed kept repeating:
The tongue! The tongue!

*Ur: capital of Sumer in the south of Iraq; Abrahams birthplace.
** Enlil: -Lord Wind-, senior god of Sumerian deities.

Anwar Al-Ghassani was born in 1937 in Qal'at Saleh in the South of Iraq, growing up in the province of Kirkuk, the first and oldest oil center in Iraq. He worked in oil exploration and as an Artistic Education teacher, before moving to Baghdad to work as a translator and journalist. In 1968 he left the country to study in Germany, where he received a doctorate in journalism from the University of Leipzig. He arrived in Costa Rica in 1979 and returned to Germany. He then worked in Argelia before returning to Costa Rica in 1984 to remain there definitely. He currently works as a professor of journalism and internet in the University of Costa Rica. Co-founder of one of the most influential literary groups upon current Iraqi and Arab poetry, the Kirkuk Group, which appeared during the 50s in the multi-ethnic city of Kirkuk.