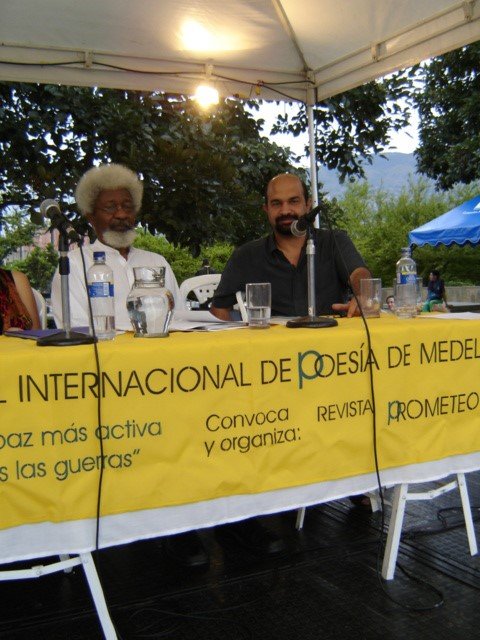 Two years ago
when I chose to be an emigrant by profession
I left my picture in a green notebook.
Thus I kept my face.
At the border I alone hoped
to be turned back.
I kept my personality as it is,
and being abroad hasnt changed my preferences.
I was addicted to Baghdad time.
I took it with me in my watch and my documents.
Every hour was given
Baghdad time.

A homeland
where date-palms never fall asleep
when tiredness has closed every eye.

A homeland
whose passion nobody knows better than us
when love wraps up the voice of madness.

A homeland
whose suffering we claim
and never betray.

We come
when its voice calls
without asking the ear who was called.

We are all one homeland,
even the gardens are places of exile.
We long for them so much
that we love even its thieves,
even the drunkards and the summer heat in the tents,
even the whores, the yes-men and no-men,
the informers and the prisons.

A homeland
that cant be divided up
like maps.
Its us.
Every Iraqi is Iraq.
How many more times are they going to divide the homeland?

A homeland
whose tokens we are.
Its essence is
the love of the Kurds,c
the wisdom of the Sunnis,
the sadness of the Shiites.
We are one homeland.
I am a homeland.

Ali Al-Shalah was born in Babylon, Iraq, in 1965. He studied Literature in Baghdad (Iraq), Amman (Jordan) and Bern (Switzerland). In 1997 he was eradicated from his country, after the censure of one of his books and was exiled in Switzerland where he founded the "Arab-Swiss Cultural Center / The Earth Gallery" in 1997, and in 2000, the "Al-Mutanabbi" International Poetry Festival, currently the only international festival of Arabic poetry in Europe, both of these in Zurich. In 2003 he founded the "Arab-Swiss Cultural Center / The Baghdad Gallery" in the Iraqi capital, currently the only cultural center that functions regularly in Baghdad and Babylon. He collaborates with a number of Arab dailies and magazines, such as "Asfare" and "Al-Finique." In 2003 he received the "Arab Poetry Award of the As-Sila Festival" in Morocco. He has published a number of books of poetry and critique of modern Arab literature. His most recent collection of poetry is titled: Gurub Babili - Babylonische Dämmerung (The fall of Babylon), bilingual, German-Arabic, with a German translation of the Iraqi author (Babylon Verlag, Zurich, in cooperation with Delta, Stuttgart, 2004).