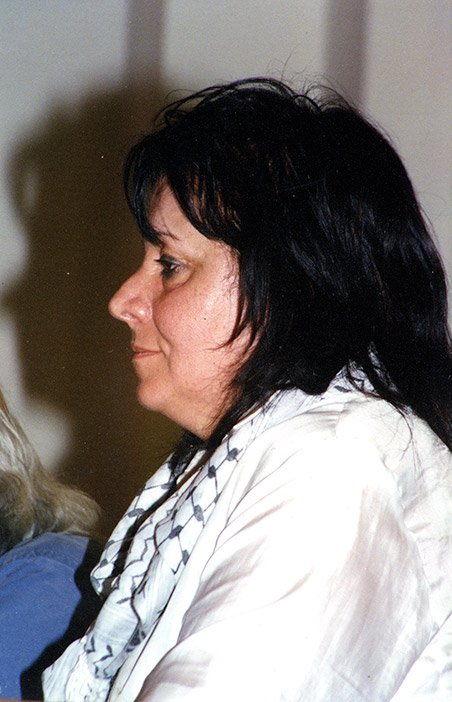 Wrap me up oh Courtyards of Al-Aqsa

Take me with you oh rebellious days with redolent martyrs
With the wounded and freedom fighters,
Take me with you oh rebellious days beautified with glory´s scent
And immortals´ aroma,
Take me with you oh rebellious days ascending high
Like the motion of prayers in Palestine,
Take me with you oh rebellious days when dew overflows
The mornings of the children of awareness
Men of the day preceding the great feast furnish their souls
As a gift to a homeland to which its knights are carried in nuptial
celebration and return
Take me and wipe sorrow off my forehead
Bury my sleeplessness, vanish my worries, re-gather my charm
And spread my soul in the aura of Jasmine
I unite with you, with all moments,
Oh unity of the soul in homelands drawn in the struggle of the Rebellious.
Oh path of aloof war lovers ascending
There is a limit for life
Oh lovers´ path to God saying farewell to
To the world´s thrones, its delicacies, its gardens heading towards
A journey for struggle, hurling stones of defiance at
Those who stood in the way of light
Please I beg you those righteous Muhammads on the heights
And in the lowly world as well, do not turn back the caravan if it seeks refuge with
You from every wane.
Take me with you oh days
Take me with you oh glories
When your appearances approached, I recognized them before they emerged,
With them I moved before the waves of love of God broke out, unified in God
Towards the sublime homeland, you come near the time of travel
Crossing time, the harbingers of awakening, the calls for martyrdom and perils of
Pride
You approach with warmth as a promise becoming
In the rise of the dawns of our city, you draw near
The warmth of our revolution burst into flames
No migration but from you to you
No reduction but of your time in haste as the
Pledge is near.
No departure but for distances towards you
No expatriation but sailing in your eyes

THE STENTORIAN TEXT
(THE STRAIN OF DEPARTURE)

The man who has dwelt in our hearts,
He embraced us through the streaks of flame, and travelled to us with Canaanite eyes.
The man who does not set out except for us and with us .He departs to find
Us dignified in the designing the upshot of integrity and grandeur.
The strain of departure was scorching, the soul was set aflame .It mounted the injured soul on the twigs of tribulation .The twig broke and clove to its remaining parts.
The crevice worsened being in conflict with a melancholic twig and a bush,
Trying to embrace what remain.
Reminiscence used to follow from your eyes and cocoon in the lap of my warm memory.
The place is desolate. Oh Invisible and In Propria Persona.
Your presence conglomerates the warmth of the universe on the sinking bench in the silence of the moment.
I have missed you, when remembering the soothing tune whose rhythm became discordant when the place lacked your presence.
I visualize your coming like the sharp wheels of destiny to burden us with the trust and write the will.

Apologies to your eyes that remonstrate us earnestly,
While you looked from the plane that you boarded
To There.
You are with us a dear lover.
Oh, Sublime lover
Oh, Dearest lover
I apologize to You
In your elegy, there will be no reports,
Loyalty and allegiance creep to you,
I apologize to you…to your eyes, to your candidness and philanthropic feeling.
I am sorry for your chest sublime spirit flying with us to absolute liberty and justice.
I am sorry, Father, while I write my story of affiliation
And you are stronghold for us, for me
I am sorry, Father, the most beloved
Oh, Great Father, Great Leader
And you cast a furtive glance at the men
WHERE ARE THE MEN? WHERE ARE THE MEN?
You called all the night and your voice penetrated the air
Sleep deserted you, far away, far away
You crossed the seas, but you remained a French fountain despite lack of docility around you.
I smell a strange smell emanating from there,
I smell the smell of horror over there,
I smell the smell of disgrace and destruction,
And the premeditated silence
And the escape to the escape
And the curtains falls... And the Curtains falls
I glorify everything in you-I glorify all things
I glorify the ashes that embraced you
I glorify the white coffin that shrouded your body
I glorify your special language
Which you used in the communication with the Sultanate thrones
I glorify your commandments and your eye gesticulation
And all that you say
How to ripen you, and you are the sweet drops in immortal chalice of existence?
How to ripen you and the butterflies of spring Palestine clubbed together around you.
Glow.
Pine and olive trees have assumed their declared grandeur
And the candles of fidelity were lit in a sacred glowing oil.
Oh, the baptized by Jerusalem, soil and perfume
Clad in glory and faithfulness,
Elected to the divine benefaction,
Where you non pulsed at the conspiracy whose traits were strewn over your chaste body and drove you over the path of suffering with no return?
How to bed you farewell?
With what carnation and garlands, olive twig, and applause!
And the voice of ALLAHU AKBAR (GOD IS THE GREATEST) coming out from the walls of our city-Jerusalem.!
By what prose or a poem or verse
By what vision, rose, story and novel whose inspiration stems out from your transfiguration.
Its strain is a whisper of singing…Hymns.
Pass me your hand to kiss twice, three times and for times
Pass me your lofty forehead to decorate so that you can rest in your laurel.
And shower it with an exhaling fragrance.
Pass me your immaculate voice.
Pass me your Kuffiyah which is woven with covenant.
Rest in Peace, we pledge and I pledge
Therefore, we promise
Oh, Yasser, Oh Abu Ammar
Grant us extra hours.
Do not depart.
Grant us a great moment of magnanimity to procrastinate departure.
Grant us our Dignity in you
Do not leave…Do not leave.
Grant us enough space to put off departure.
.Grant me some patience.
Do not depart
Do not depart
Grant me the strain of your presence.
And accept me your protection rapier
You will never be an emigrant
You will never be a stranger.
You will also be the beloved, the beloved.
You will never be but an
Intimate lover.
You are mellowed with grandeur.
You are the signal of our secret.
You are the purity and through you is fidelity.
You are the conscience that will never die.
YOU ARE THE PEOPLE WHO REFUSED TO DIE.
Farewell…Farewell.
This farewell permeates to the depth of the wounds.
Farewell…Farewell explodes me, kills me and inflicts suffering and grief.
Farwell…Farwell questions me, asks for an account.
Light in the absolute is your light.
I rehearse your rhetoric twice and three times.
I key. I cry. I tear up the papers they tear me up.
Oh farewell, you tear me up!
THE WOUND IN THEWORD IS THE BLOOD OF THE OWNED DEER.
Farewell, oh warrior, in the cities of the volcano.
Farewell, he who is woven an eternal concept.
Farewell, he who is compact in time of similarity.
Farewell, he who is profuse with grandeur.
Farewell, he who is the keeper of the pledge.
Spreading security and disseminating tranquility from the cages of horror.
Farewell, you upright in the heavens of the righteous.
You are the avenger disseminating the message of those who have departed national anthem.
You jumped over the siege of the soul and the land
Plucking up your courage and spirit to’ LONG LIVE PALESTINE’
Farewell, Oh dearest, conqueror of the impossible,
Farewell to the torture of the walls.
Farewell to the torture of the siege.
Peace be with you,
The miracle man of profusion
And genuine affiliation

THE MELODY OF THE MID-DAY HEAT

The melody was scorching,
The soul inflamed,
The injuries mounted the wounded soul
Over the flower of the twig,
The first experiment.

The twig broke open,
The bush cleaved to the remnants of its components,
The schismed fissure grew
A dangled twig of hardened complexion,
A bush, trying to embrace what I could gently save.

Remembrance was seeping from your eyes,
Perched upon the hump of sentimental memory,
The place was deserted,
O, you the Invisible, the Tangible.

Your presence gathers the warmth of the universe,
Over that plain which is plunged in the silence of the moment
I have missed you, missed
That passionate tune whose rhythm becomes discordant
Because that place lacked your presence

I see you to-ing and fro-ing
Like the spiked wheels of destiny.
Your wavering looks intimidate and perturb,
The generosity of your rising spirit nurturing mine
Is playing according to the rhythm of the first note.

Will you abscond, or sanction the first secret word,
Or, give respect to the fruit of the olive tree,
Or, take caution before delusion,
Or, be mute in fright for ten days, ten years,
Or, will you abandon
Passing stood frigid in soulless corners.

The outcry of destiny explodes
Over close-by and distant regions,
Higher than the rain, swifter than the tornado,
Leaner than the country’s skeleton.
All the homeland explodes,
All the revolutions,
All the land’s protuberance-explodes.

The usurped melody is soaring,
Your rhythm haunts me in pleasant lilac tune,
In the silence of the night
The recurrence of the clouded dream
Cover the caravan of flying paper.

Hanan Awwad was born in Jerusalem, Palestine, the thirteen of August of 1951. A prolific writer, doctorate in Canada, she is author of numerous books and has devoted her life to teaching and to show off the role of woman in the Palestinian cause. She is president of The Association of Palestinian Writers.