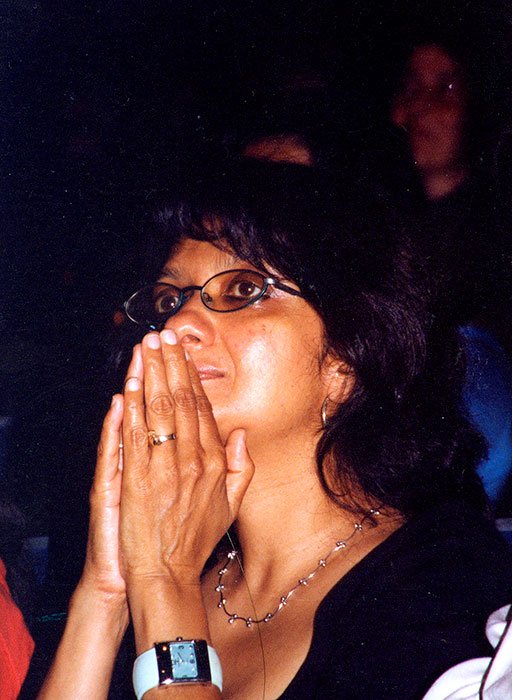 First, a sound from an animal
you can never imagine.

And then the voices became louder.

Voice of an angel who is newly dead.
Voice of a child who refuses
to ever become an angel with wings.

I used to think there was
only one voice.
I used to wait
patiently for that one voice to return
to begin its dictation.

And then the voices became louder.

Sometimes I hear them
laughing at my confusion.

Sujata Bhatt was born in Ahmadabad, India, on May 6, 1956. A Poet and Translator, she received her Bachelor in Fine Arts from the Writer's Workshop of the University of Iowa. She has received a number of international prizes and recognitions, among them the Commonwealth Poetry Prize. She has published six volumes of poetry in the United Kingdom, and her work, which has been translated into over twenty languages, is included in a number of poetic anthologies and has been broadcast on London's BBC radio and television stations. She has been a visiting writer at the University of Victoria, in British Columbia, Canada, and also at Dickinson College in Carlisle, Pennsylvania, United States. In February, 2004, UNESCO published her poem Search for My Tongue as part of the celebrations of the International Day of the Mother Tongue. Other works: Brunizem, 1988, Commonwealth Poetry Prize; Monkey Shadows, 1991; The Stinking Rose, 1995; Nothing is black, really nothing, Augatora, 2000; and A Colour for Solitude, 2002.